Film Review: ‘Fate of the Furious’! 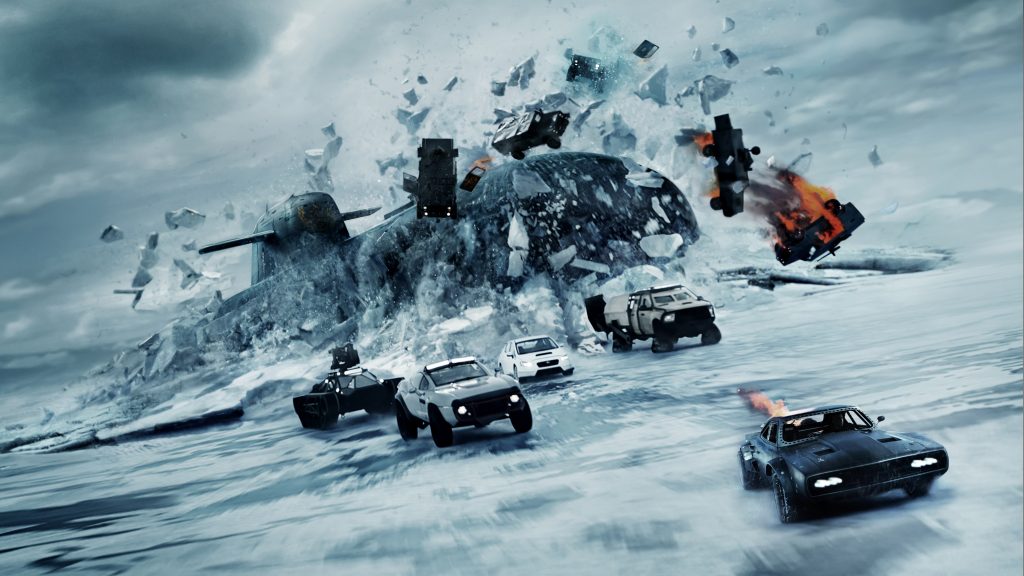 We’re eight movies into this franchise, which would have you assume that these films would have lost steam, been remade, or have a completely new cast. That’s not the case at all with ‘Fate of the Furious‘ or the 8th installment of the ‘Fast and Furious‘ franchise, because there are no signs of this franchise slowing down, being remade, or losing any of its fun cast.

The film picks up right after ‘Furious 7‘ with Dom and Letty (Vin Diesel and Michelle Rodriguez) in Cuba on their honeymoon. After a fun race through the beautiful street of Cuba, a mysterious woman named Cipher (Charlize Theron), runs into Dom and forces him to ditch his family and friends from the previous films and work for her and her sinister ways. How could such a beautiful, skinny woman with long blonde hair get the rough, tough, mean Dom to betray his friends and family?

You’ll find out for sure as the movie goes on, which leads you on a $250 million action packed thrill ride with submarines, tanks, planes, hundreds of high end cars, and giant explosions about every ten minutes. Is the movie silly, over-the-top, and ridiculous? Yes, of course, but you should know that by now. It’s only from the past few films of the franchise where the filmmakers decided to have fun with the films and not take themselves so seriously. This has significantly made the films better, even to the point as wholly enjoyable and worth watching on multiple viewings.

There are moments in ‘Fate of the Furious‘ where they just nailed the mix of violence, action, and comedy, particularly a scene where Deckard Shaw (Jason Statham) is taking out a ton of bad guys in an airplane, while holding some very precious and fragile cargo. It had me grinning from ear to ear and laughing out loud. It’s those moments that make these films excel. Everyone shows back up here and all have their moments to shine, whether it be some funny moments with Tyrese or having Dwayne Johnson beating up anyone in his way, as he was the actual Incredible Hulk. Kurt Russell shows up again from time to time along with a couple of newcomers with Scott Eastwood and Helen Mirren. Vin Diesel of course is the worst actor and every time he says a line of dialogue, you just want to roll your eyes and laugh out loud at the same time. 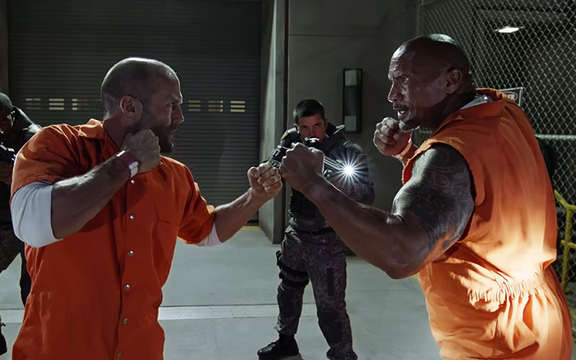 Luckily, he’s not the main event of the film, as these movies have centered on the ensemble cast more than just Diesel here. The film takes a bit to get going, but once it does, it doesn’t slow up at all. The action scenes are shot with excellent gusto and will have you excited to see just how your favorite team will escape their latest peril. That’s one of the bittersweet aspects with these movies now, is that you know none of these characters will be killed off really. You don’t want them to of course, but there’s no real danger for them or suspense that they will be killed off.

F. Gary Gray (‘Friday‘, ‘Straight Outta Compton‘) directed this installment and it looks fantastic on every level. It’s not raw and gritty as maybe it should be, but then again, this has $250 million at it, so it look shiny and glossy. You’re not coming to the ‘Fast and Furious‘ franchise to see award winning screenplays or great acting, but one thing is for sure, the action, thrills, comedy, and absurdness is top notch, and is so much fun to watch. You’re gonna enjoy this one.