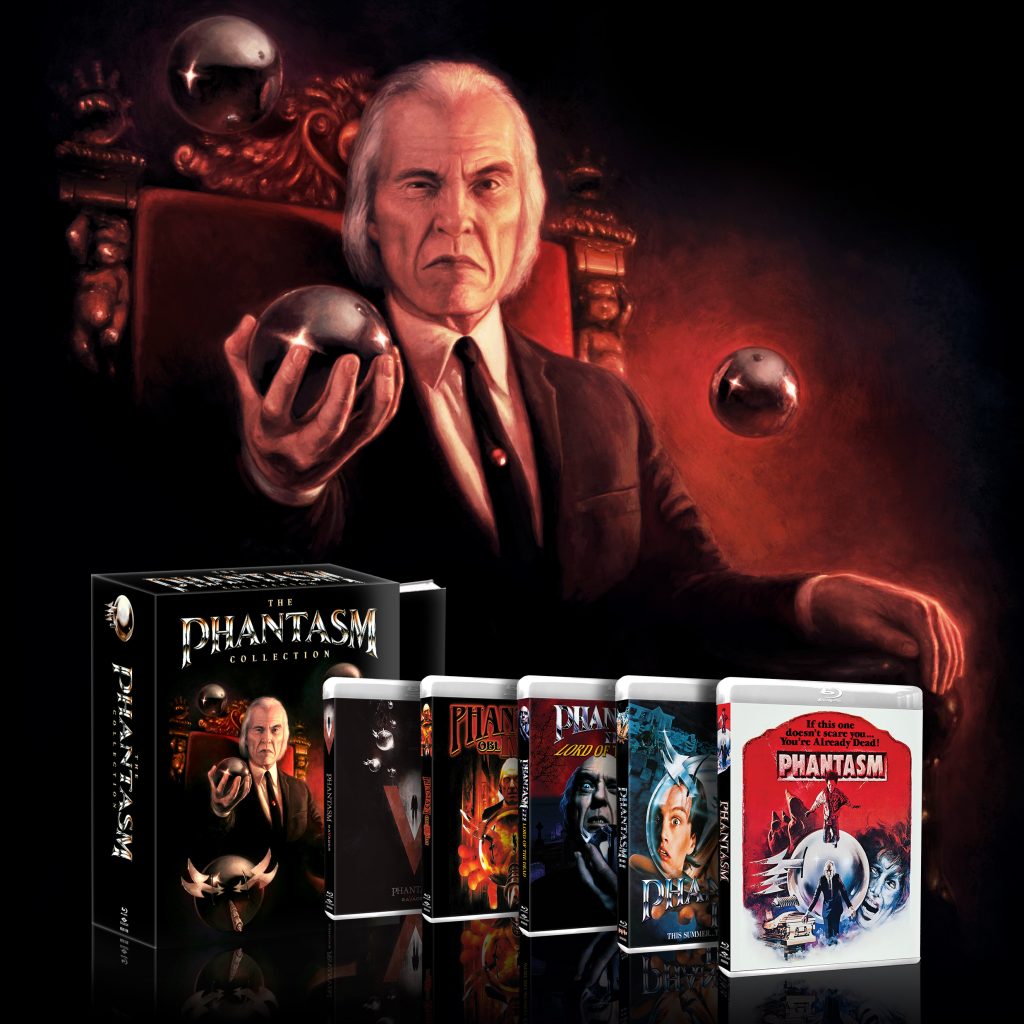 Well Go USA announces the bonus features break-down in the upcoming ‘The Phantasm Collection‘ coming to Blu-ray and DVD April 11. This limited edition, six-disc Blu-ray box set is packed to bursting with all-new bonus features including a 120-page retrospective book and a reversible poster. 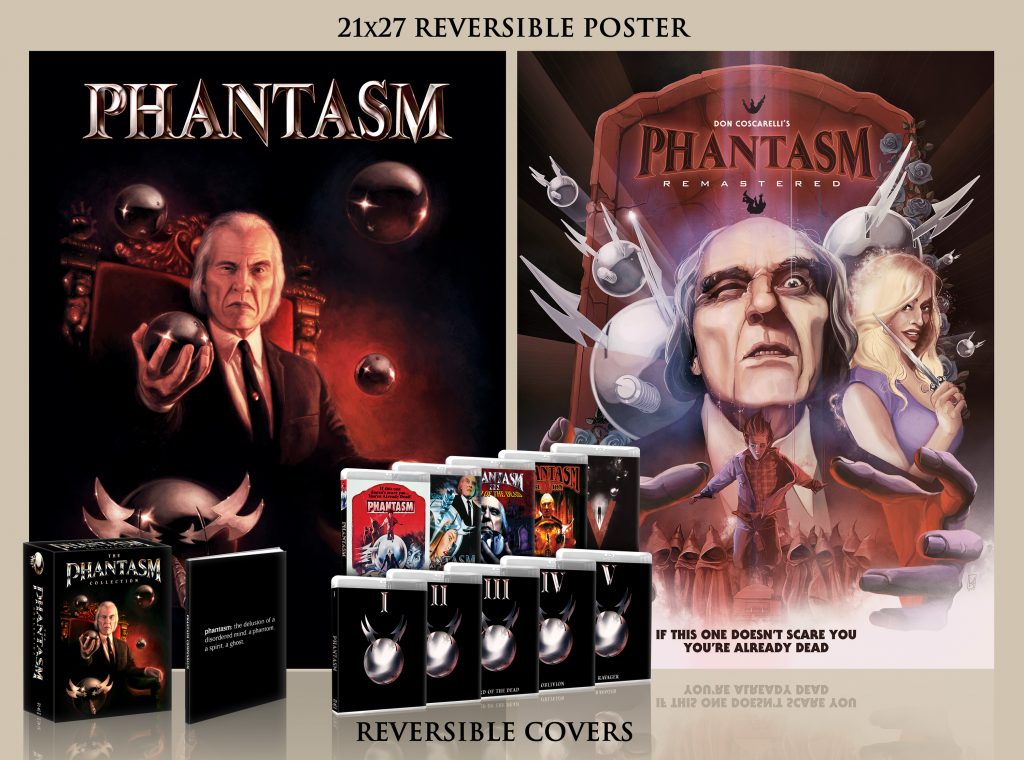 ‘Phantasm‘ creator Don Coscarelli raves over the new archival materials saying “Well Go USA has done an outstanding job in curating the ultimate Phantasm collection. This terrific new release rivals the best Blu-ray box sets ever in its size and depth. I am so excited to share these never-before-seen features with our devoted fans, who will now be able to witness just how the Phantasm films were created in this stunning high-definition presentation.”

“This box set is the answer to every Phantasm fan’s prayers,” said Doris Pfardrescher, President & CEO, Well Go USA Entertainment. “The filmmakers have gone above and beyond in order to create the most immersive Phantasm experience possible in one comprehensive box set.”

The all-new bonus materials included in THE PHANTASM COLLECTION break down as follows: