‘Overboard’ Gets The Reboot!!! 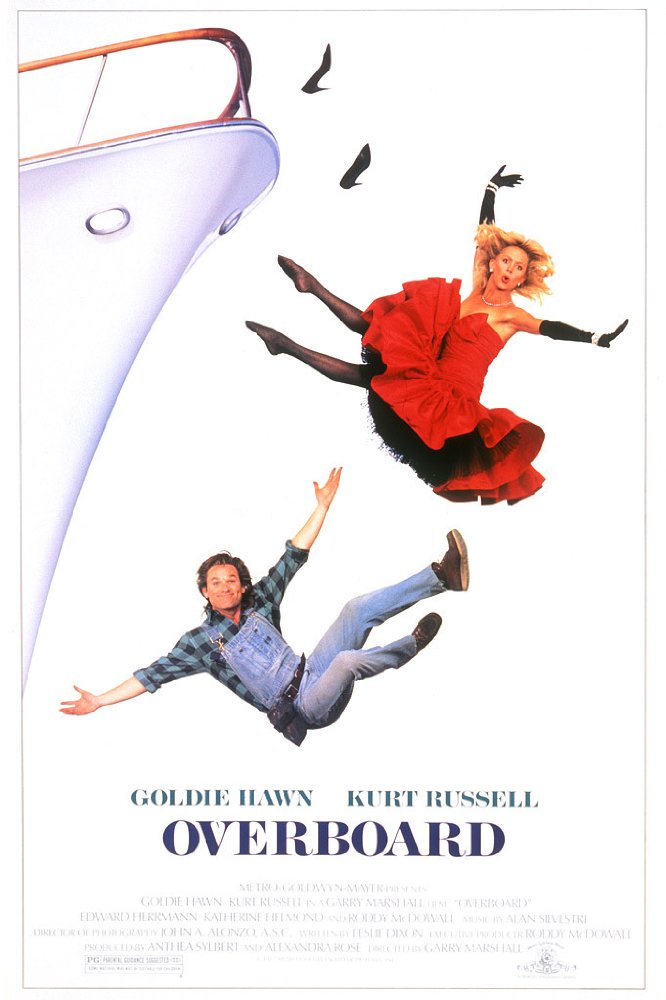 This might just be my least favorite topic, but it’s news, so here goes. Another remake is ramping up, this time it’s the 1987 Goldie Hawn and Kurt Russell rom-com, ‘Overboard‘. It’s not exactly ‘Gone With The Wind‘, but it is a Garry Marshall movie and it was a staple of my childhood and I don’t want to see it Frankensteined!!

Rob Greenberg (‘How I Met Your Mother‘) and Bob Fisher (‘Wedding Crashers‘) are sharing directing and writing duties for Lionsgate, Grupo Televisa and 3Pas Studios.

Rich bitch Joanna (Hawn) hires country carpenter Dean (Russell) to build a closet on her yacht. When the two don’t see eye-to-eye, Dean is left unpaid while Joanna sets sail. The following day, Joanna is fished out of the sea, after falling overboard, suffering from amnesia. Dean sees a neat way to regain the money she owes him… he tells her she’s his wife; that way Dean gets a free housekeeper and mother for his four kids.

Starring in the reboot will be Anna Faris (‘The House Bunny‘) and Eugenio Derbez (‘Instructions Not Included‘), the actors will not be the only change-up to the original scenario. The dynamic will undergo a switch and Derbez will be a rich, bratty playboy from a wealthy Mexican family who falls overboard off his yacht and Faris will be a single, blue-collar mom who will convince him that she is his wife. The project will begin filming in May.