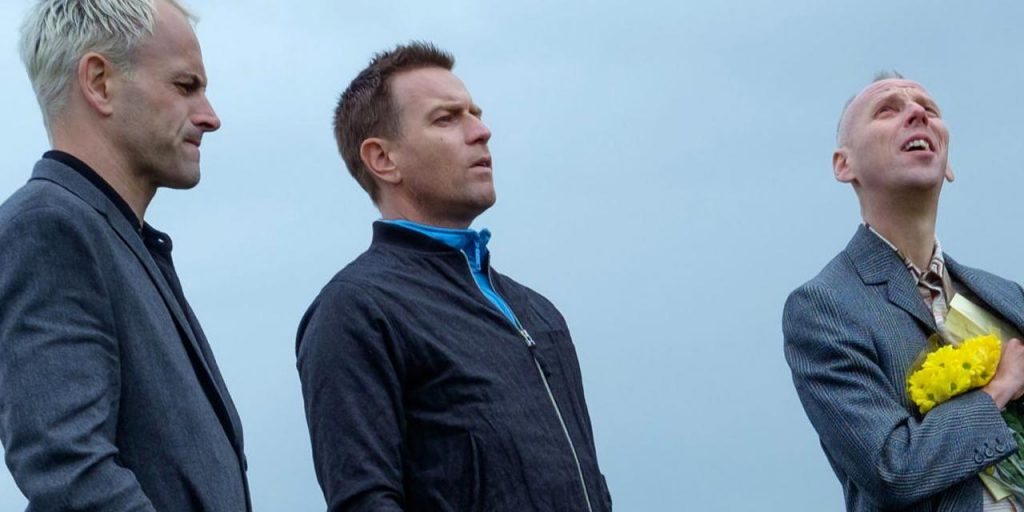 We all got glassed twenty years ago with Danny Boyle’s ‘Trainspotting‘ movie, and we stuck around for two decades to find out which cunts would come back. Luckily, everyone came back for ‘T2 Trainspotting‘, because this sequel is highly entertaining and has some heart beneath all of the scams, drugs, and violence. Some 20 years later, Renton (Ewan McGregor) is back in Edinburgh after hiding out in Amsterdam from the events of the first film. He runs into Spud (Ewen Bremner) who is still addicted to heroine and is not in a good place. The two eventually meet up with Sick Boy (Jonny Lee Miller), who now owns a run-down pub.

Of course, things aren’t all fun and games to begin with, since Renton screwed over his friends in the first film, but Sick Boy and Renton seem to mend bridges and perform a con at a local bar in order to gain money to turn the pub into a brothel. Meanwhile, Begbie (Robert Carlyle) is in prison, however he escapes, sees his family, and is hell-bent on revenge on Renton. After all, Begbie never did drugs. He just did people. Boyle has aged these characters like a fine wine, in that they are still the same people at heart, but have grown up in a away that seems realistic and not at all like they are trying to rehash the amount of pain and thrills of the first film. 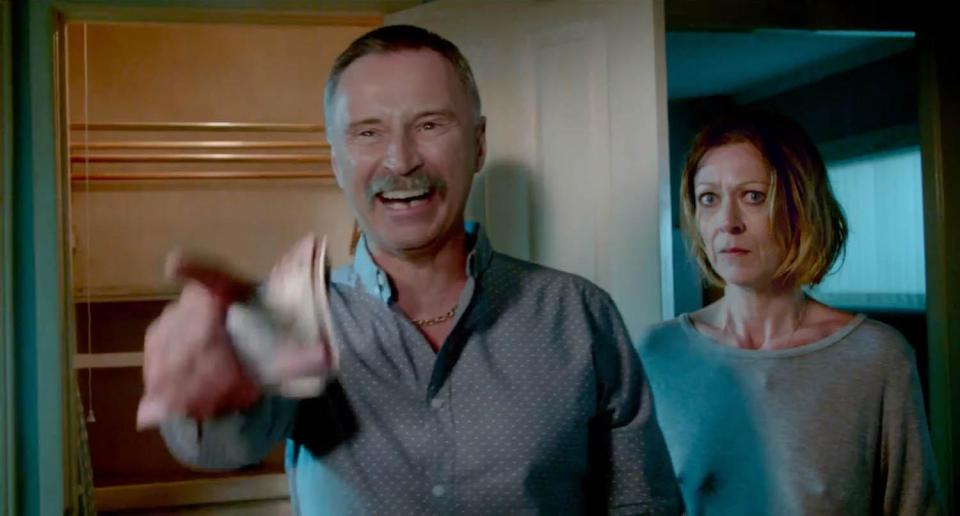 Most of the guys have families, kids, wives, and responsibilities, which are all injected into their personalities and decisions in this sequel. Sure, Sick Boy and Renton steal from people while singing an anti-Catholic song and Begbie is still burglarizing houses and ruining people’s lives, but it’s for different reasons this time. Sick Boy and Renton want to open a business and provide for their families with Spud, while Begbie’s son is grown up and wants to show his son his father’s ways. It’s hilarious and sweet in a drug fueled and twisted way to see these guys back together again. Boyle’s camera techniques are on full display here again, as well as some nods to the original film.

Some of the smaller roles from the first film show up in the sequel again, which was great to see, and the dialogue is as good as it ever was between these so called friends. Music was a big factor in the original film in 1996, and this sequel is no different with songs by Blondie, The Clash, Run D.M.C., and Queen, which always adds to the fantastic thrills of the film. The return performances are fantastic and it was excellent to see how easy it was for the actors to fall into these iconic characters again. I’m glad to have aged so well with these guys and it was another great adventure.