Film Review: ‘The Dark Below’! 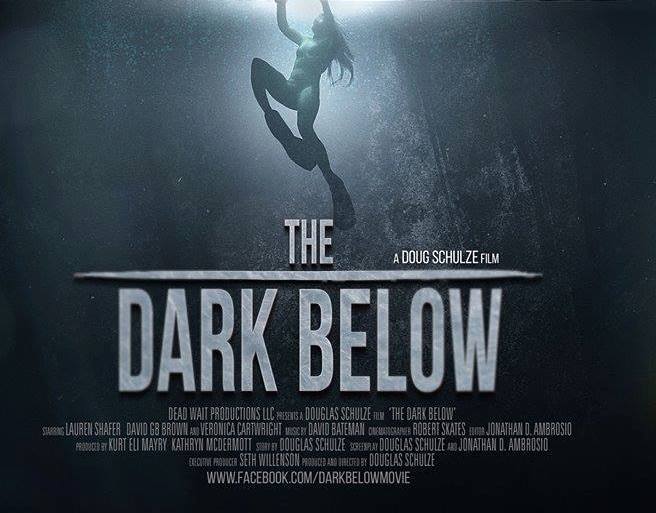 Director Douglas Schulze is no stranger to the independent horror genre with films including, Mimesis and Dark Fields, but now, he dives into his next project ‘The Dark Below.’ The film springs right into action where we find Rachel (Lauren Shafer) struggling to break free from the grip of a serial killer Ben (David G.B. Brown). We don’t know exactly why or how this situation has arisen, but as the movie unfolds, you begin to understand this is no random victim, and that these individuals are no strangers to each other either.

Interestingly, from the film’s fast-paced beginning, up to it’s gripping conclusion, there is no dialogue spoken. The director relies heavily on visuals; especially the incorporation of red and white, good versus evil, which is all  noticeable throughout the film. It’s an unusual approach that stays true to the movie’s tag line “Silence is the most powerful scream.”

Losing the fight, Rachel is unwillingly drugged, dressed in scuba gear and dropped into an ice covered lake through a hole carved out by her abductee. She is forced to play his game of survival and endure the subzero temperatures, or she will face immediate death by breaking the surface during his watch. The slow motion camera work and instrumental music helps create a feeling of helplessness, and the illumination of her neon yellow suit against the black water effectively adds to the metaphoric symbolism of good battling evil.

Through a series of flashbacks, we discover the history behind what’s brought her to this fight for life, and the horrible realization that Rachel has come face to face with a deviantly deceptive human being.

In a race against time, we’re left to wonder, ‘Is she is going to find another way out? Will her equipment fail and her body succumb to the frigid water and what else might be in the darkness below with her?’

The film presents a message that as much as you want to, in this life, people aren’t always who they seem to be. Don’t ignore the warning signs! You never know what kind of person is lurking beneath the surface, or what they might be capable of.

‘The Dark Below‘ has an original concept and seemly visuals, and if you’re in the mood for an off-the-map thriller, you might want to check this one out. Loaded with chilling suspense and paired with skillful acting, it’s sure to feed your fears of claustrophobia and murky waters!

One thought on “Film Review: ‘The Dark Below’!”