Film Review: ‘Devil in the Dark’! 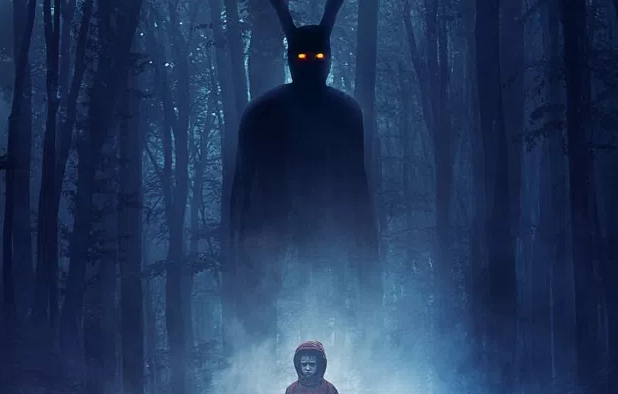 Note to self. Why would anyone go camping in the woods anymore? With films like ‘The Blair Witch‘, ‘The Evil Dead‘, ‘The Cabin in the Woods‘, and yes – even ‘Jurassic Park‘ – why would anyone want to subject themselves to monsters, demons, dinosaurs, or a witch? It seems fairly obvious to stay out of the woods for an extended period of time. Just stick to city parks, right? In ‘Devil in the Dark‘, we follow two brothers head out into the British Columbia wilderness for a long hunting trip. Vancouver is a nice city, full of everything you need. Why would anyone venture out into the vast and mysterious wilderness of B.C., even when you’ve had experience with supernatural phenomenons before? This does not stop brothers Clint (Dan Payne) and Adam (Robin Dunne) from taking that trek into the woods. 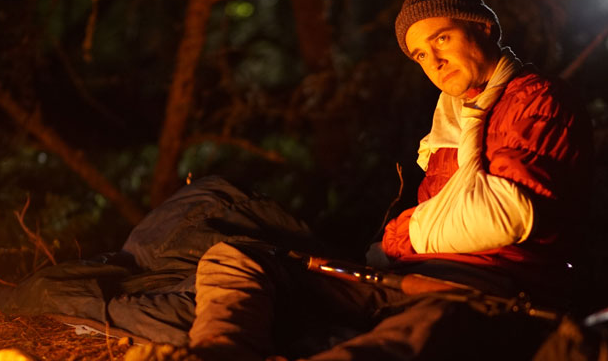 Director Tim Brown (producer on ‘Bite‘) uses the wilderness of B.C. as not only a fantastic and very haunting setting, but it also plays a character in the film, much like how the Overlook Hotel in ‘The Shining‘ was a character as well. Clint is the older brother who lives out in the woods with his family and enjoys all of the outdoor activities that would make a frontiersman proud. On the other hand, Adam is the younger brother who moved to the city long ago and loves that high-paced life with all of its gadgets and lights.

The two brothers have been estranged for a while and decide to camp together to become closer and clear the air from their past. Unfortunately for them, the woods houses a sinister entity, which forced the brothers to put aside their differences and survive. It’s a good setup, one that we’ve seen before, but with Brown’s visual talent behind the camera, ‘Devil in the Dark‘ offers a slow-burn and chilling story that will have you on the edge of your seat and possibly sweating at certain moments. The mythology and hauntings in the woods are setup nicely by the townsfolk talking about strange disappearances and folklore, which adds to the suspense here.

Soon enough, the brothers are in the woods, and Brown’s camera perfectly captures the beauty, as well as the frightening square miles of the forest that these two men are about to embark on. Things don’t go exactly as planned needless to say.  Brown provides some flashbacks to better develop the two brothers backstories and uses the slow burn approach to nail in the climax with some twists along the way. The script isn’t amazing, as some of the dialogue is stock and cheesy, but the story and actions of the two brothers keep this film going.

For those who love a slow-burn horror film, ‘Devil in the Dark‘ does its job very well. It never over-explains the monster or twists, but rather lets you marinate on it, which puts this horror film in the Recommended category.