There are two things Martin Scorsese knows a lot about, one of them is making movies and the other is making mob movies. From ‘Goodfellas‘, to ‘Gangs of New York‘, to ‘The Departed‘ with several stops in between, his films speak for themselves so it’s no wonder that a bit of a bidding war has broken out around his latest project ‘The Irishman‘. The companies are sending up their white flags with Netflix standing on the pile of broken bodies, the victor. 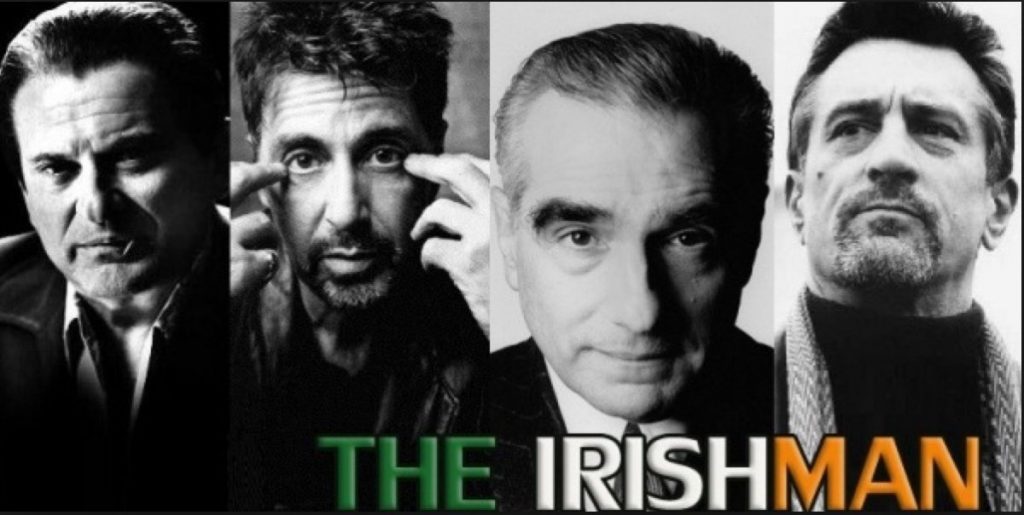 ‘The Irishman‘ has a star-studded cast that brings up more than a few reminders of genre movies, including a tried and true Marty-favorite. We know Robert De Niro and Joe Pesci are front and center in ‘Goodfellas‘, Al Pacino is present as the man-himself in ‘The Godfather‘, and Tony Montana in ‘Scarface‘, Harvey Keitel from ‘Pulp Fiction‘ and ‘Reservoir Dogs‘ and Bobby Cannavale from ‘Boardwalk Empire‘.

Charles Brandt penned the true-crime book ‘I Heard You Paint Houses‘ and tells the story of mob hitman Frank ‘The Irishman’ Sheeran. Besides the tawdry things Sheeran could have done and probably did, it’s possible he was one of the few people who had information that could solve the decades old mystery of the whereabouts of Jimmy Hoffa.

I suppose the moral of the story is that if your financial backing falls out, Netflix has your back. I suppose that sentence only works if you’re Martin Scorsese though. Either way, it looks like a winning recipe with a bit of Oscar gold from all directions, a killer (see what I did there? I know, I’m done.) story and big support from the distributor. We’ll be seeing ‘The Irishman’ surrounded by more and earning it’s own Oscar gold I’m certain.