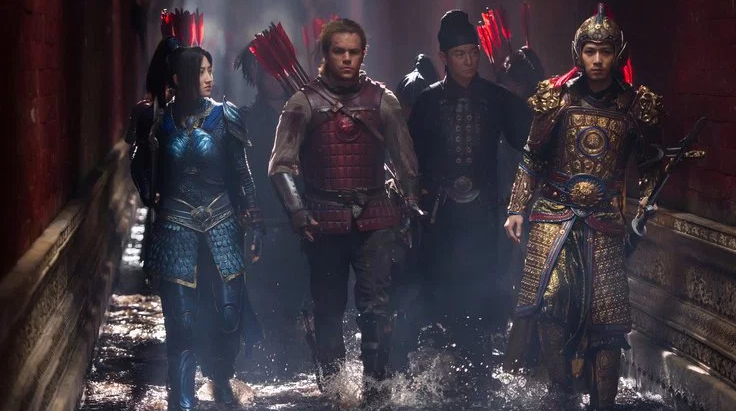 This is a bad year for walls. ‘The Great Wall‘ easily wins the “biggest misnomer of the year” award. Should have gone with the title “This Wall, It’s OK I Guess.” What the hell went wrong with this picture?  The setup is great, which is “We use the Great Wall of China as a backdrop for a fantasy film about monsters.”  There’s a parable about monsters and greed and containment and human evil, but really, it’s all about monsters attacking the Great Wall of China.  On this premise alone, it sounds like a lot of fun, and it really could have been.

I’ll play nice.  Here’s what went right.  The visuals, especially in 3D, look excellent. There was a ton of visual depth and some decent pop-off-screen moments.  But about the film, which is about an army taking on monsters.  The monsters are creatively designed, but they don’t bring anything truly new to the table.  The army, however, is beautiful!  Their armor is colorful, intricate, artistic, and believable.  They fight in amazingly choreographed, acrobatic battles that are definitive of director Yimou Zhang’s style.  It is truly a sight to behold. 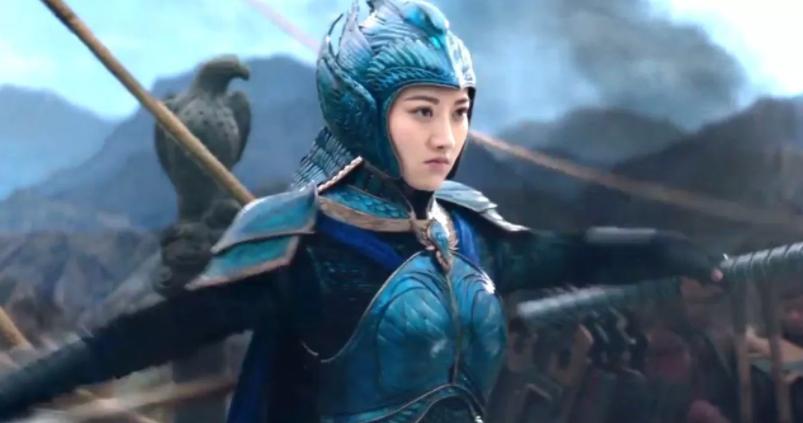 OK, that’s about it with the good moments of the film.  So let’s talk about Matt Damon.  Listen, Matt Damon, you did an amazing job brigning Mark Whatley to life in “The Martian.”  So, when you decided to do “The Great Wall,” did you tell them up front that you’d be leaving your acting skills at home?  I mean COME ON!  I swear, Matt Damon must have just watched ‘Braveheart‘ before walking into this set and decided, “yeah, I’m gonna bring Mel Gibson to China.”

Oh, and then Willem Dafoe…more like Willem Da-NO!  Dafoe is one of my all time favorite actors, all the way from “The Last Temptation of Christ” through “John Wick.”  But seriously, his long distance bill must be through the roof because he totally phoned this in.  Mr. Dafoe, I award you no points, and may God have mercy on your soul.

Speaking of white actors, why did we need any white actors?  This is why the movie fell totally on its face.  It tried so hard to be a film for an American audience.  You know what that means?  All action, no art.  This could easily have been a smash hit if it had focused on Chinese characters, telling a Chinese story, also, speaking in Chinese, since this was filmed solely in China.  Any attempt at authenticity, well, as much authenticity that you can expect in a fantasy film, went straight out the window.  There was some really cool parts to the script, notably the legend involving the monsters, but this took a backseat to the “western savior saves China” narrative, and we are all worse off for it.

So yes, this is a movie that exists.  It probably shouldn’t.  It was really pretty to look at for a while, but pretty only goes so far.  If you want a visual feast, dig through your DVR and see if you still have the Opening Ceremony to the Beijing Olympics on there (also directed by Yimou Zhang).  If you want to see a cinematic experiment go terribly wrong, then please, by all means, go check out “The Great Wall.”

2/5, only because the costume design goes a long way.