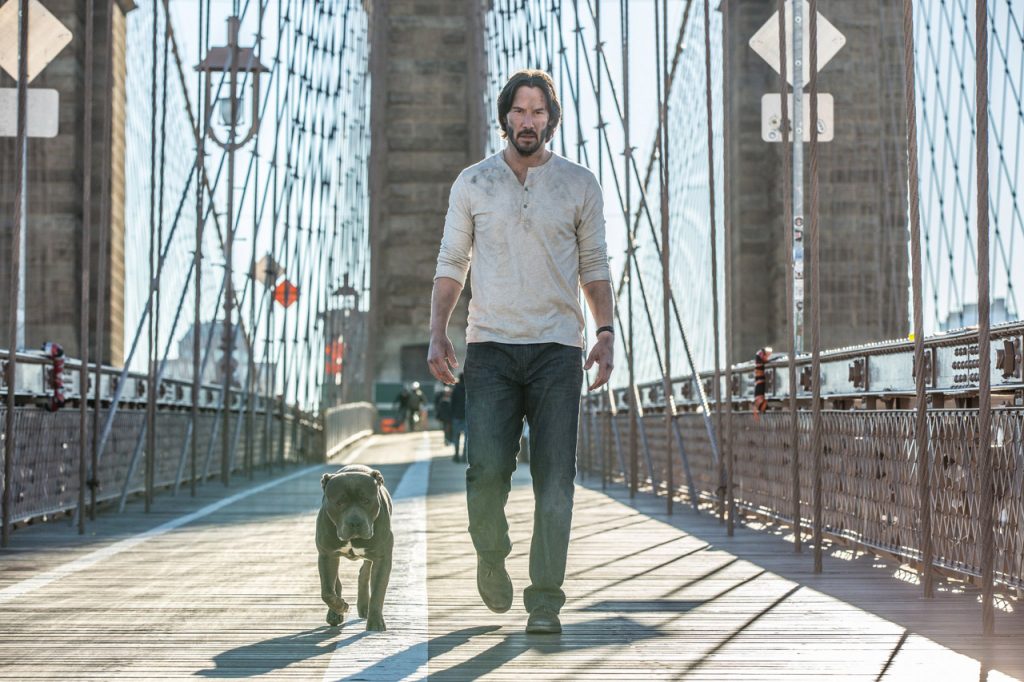 Ever since Keanu Reeves jumped into the role of John Wick in 2014, we all have wanted a sequel in the worst way. Filmmakers Chad Stahelski and David Leitch created a monster of a franchise with that film that brought the action genre back to a high point. That first film had a simple story and some of the best action sequences in a long time. Some bad guys steal John Wick’s car and kill his precious puppy dog a few days after his wife dies. Not knowing John Wick is the best assassin in the world, Wick sets out on revenge and literally kills everybody. It was just so good and showed the world what everyone secretly wants to do if some jerk killed your dog. The first film had a modest budget of only $20 million, but ended up making almost $90 million, which leads us to future sequels.

In 2017, we have ‘John Wick 2‘, plus we hear that there are more films on the way, as well as a TV series. Most sequels, especially in the action genre have a certain motto. “Bigger is Better.” While parts of that rings true for ‘John Wick 2‘, there are still plenty of simple sets and good old fashioned gun play and fight choreography that keeps the film grounded. This sequel runs over two hours, which is twenty minutes longer than its predecessor, and it can drag a little bit in between the intense and well executed fight scenes, but it never detracts from the high entertainment value of the film. This sequel starts off fairly soon after the first film with some winks, nods, and throwbacks to the original film, which is quite funny and one hell of a first scene that will keep you on edge. From here, a former Italian colleague asks for Wick’s help, reminding him that Wick took a blood oath to help him.

Betrayal sets in and sooner than later, Wick has a multi-million dollar bounty set on his head. Now, Wick must not only fight the common bad guys, but also lay into some highly trained assassins of all races, genders, and body weights. Have you ever wondered what it would be like to see John Wick fight a Sumo Wrestler? Well, you’ll find out here. In the first film, we hear tales of how good John Wick is at his job, even detailing some of his previous work, and even a glimpse of the assassin world he seems to want to escape from. All of that is discussed more here with secret passageways and hidden doors that reveal a network of ‘James Bond‘ type of weaponry, suits, and other materials that assassins would like. Not only that, but we dive into a bit of the mythos behind this network and how it’s all set up. It all seems fairly over-the-top here, but it’s all set up for future installments to explore.

Keanu Reeves is 52 years old and he shows no signs of aging or getting rusty with his fighting techniques. The guy is just a badass, and it shows on film with every takedown, hit, kick, and gunshot. There are for sure some over-the-top character throughout, but it works with this franchise. A new assassin (Common) gives him a run for his money, as well as a former colleague played by Laurence Fishburne, which you can’t help but smile from ear to ear in hopes of a ‘Matrix‘ reference. ‘John Wick 2‘ is highly entertaining and so much fun from start to finish. This film sets up for multiple films in the future and has some of the best gun play action scenes around. There are no shortage of head shots here. Bring on all the ‘John Wick‘ movies now, please.