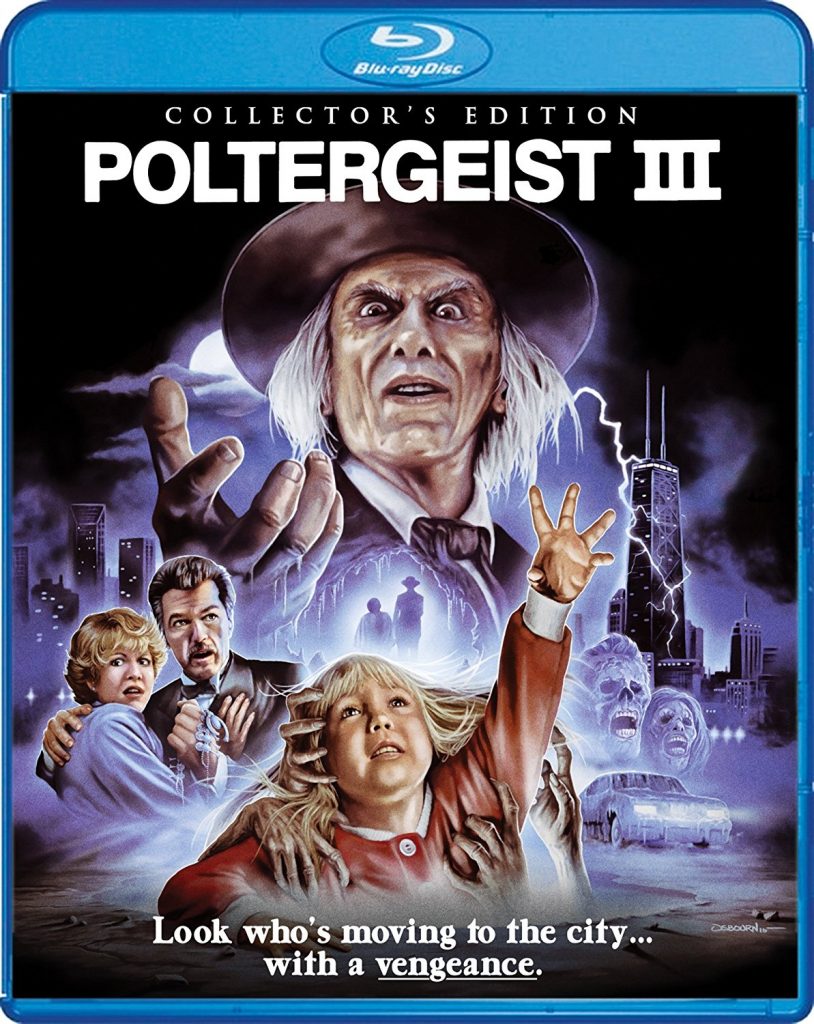 The original ‘Poltergeist‘ film was a perfect mix of horror and comedy. It had the minds of Steven Spielberg and Tobe Hooper behind it and went on to financial and critical success. Of course, they made sequels to make more money, but we’ve often seen that more times than not, these sequels don’t embody the spirit of the original and can come off quite bad. The original film spawned two sequels and a TV Series along with the recent horrible remake. ‘Poltergeist II‘ had its share of great moments, due to the amazing visual effects work and the whole family coming back to reprise their roles, but that’s not the case with ‘Poltergeist III‘, which is no doubt, the worst film in the franchise.

Since the events of the second film, the Freeling family felt it best to send Carol Anne (Heather O’Rourke) to the big city of Chicago to live with her aunt and uncle (Tom Skerritt and Nancy Allen) in a big 100 story high rise condo. The reasoning was that perhaps the evil spirits and Kane couldn’t find her there. Turns out, that’s not the case at all. So instead of a warm loving house of spirits attacking poor Carol Anne again, the evil spirits attack the many people who live in the high rise condo building. This sounds like fun, but comes across as cheesy and stupid most of the time. Not to mention, most of these situations were done in the previous two films already, but this time, it’s a lot of characters yelling out other character’s names throughout the whole movie in scared tone.

The characters aren’t fleshed out very well, as evidence by the child teacher/psychiatrist Dr. Seaton, who seems to not help children, but hurt them. It makes no sense whatsoever, but luckily he meets his death in a fun way. Director Gary Sherman (Dead and Buried) even remarks that ‘Poltergeist‘ is his least favorite film he made. Even he knew it was terrible. Of course Heather O’Rourke does a good job with her material as well as Zelda Rubenstein returning as Tangina, but everyone else basically phones it in with silly story plots of idiotic teenagers who want to party instead of help Carol Anne. It’s just very sad that this was ‘ORourke’s last film, as she died before the film was even released. That all being said, there are some decent scary moments, but it’s nothing like the original film. 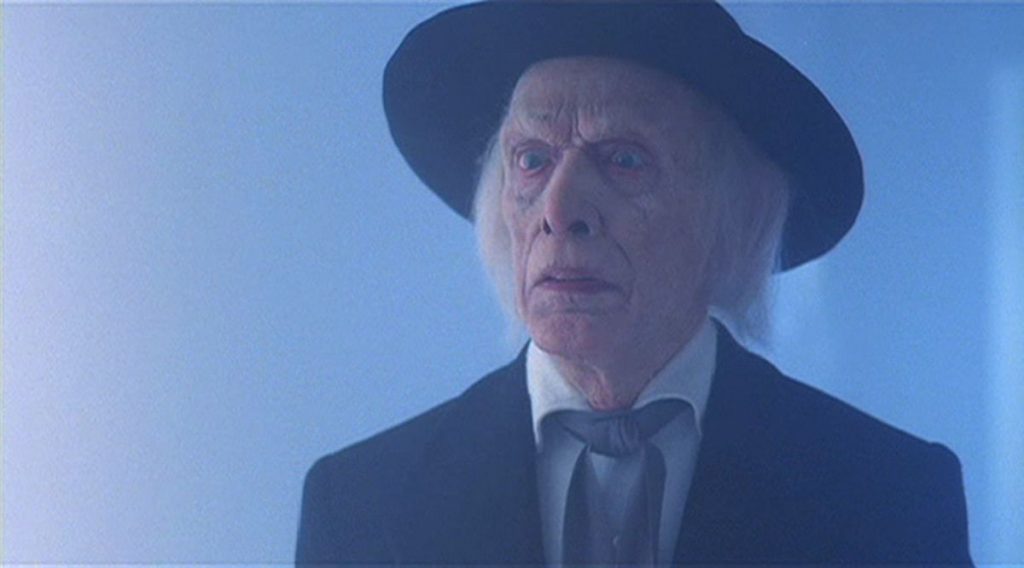 The Video: This Scream Factory Collector’s Edition release comes with a new 2K scan 1080p HD transfer and is presented in 1.85:1 aspect ratio. ‘Poltergeist III‘ was released not long ago on Blu-ray by MGM, but this new Scream Factory release is far better. This new transfer makes all of the colors pop better, in that you can distinguish the subtle shades of the bright primaries on screen, whereas, you really couldn’t before. Detail is much better here too, with great vivid detail in the makeup effects and wardrobe coming through quite nicely. Individual hairs can be seen and all of the cracks in mirrors when the evil sprits appear look great. Black levels are deep and inky and the skin tones are natural as well. There were no major issues with any banding or aliasing here, leaving this video presentation with good marks.

The Audio: This release comes with a lossless DTS-HD MA 5.1 track as well as a 2.0 stereo option. In this case, the 2.0 option is the way to go, because the 5.1 option just doesn’t have the heft or surround sound that makes any of the haunting sounds fun or full. In fact, most of this 5.1 mix is situated on the front speakers, with very little ambient sounds pouring out of the surround or rear speakers. The low end that brings the bass isn’t really all that powerful either, which is a shame. That being said, sound effects and ambient noises can be heard, but it’s all mostly in the front speakers, which makes the 2.0 option the better choice.  Dialogue is crystal clear and easy to follow and free of any pops, cracks, and hiss. 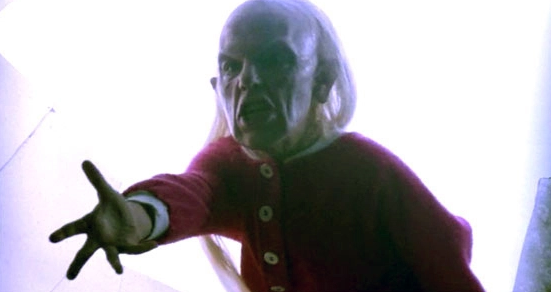 Audio Commentary #1 – Director Gary Sherman talks with Michael Felsher from Red Shirt Pictures about making the film and his own career and life. This is a great commentary track. It’s informative, honest, and fun. There are some gaps here, but this is worth a listen.

High Spirits: Brian Taggert Interview (HD, 16 Mins.) – The screenwriter of the film talks about working with Gary Sherman on the movie and how he approached the subject matter.

Reflections: Nancy Allen Interview (HD, 13 Mins.) – The actress discusses her memories working on the film and how they did some of the practical effects on set.

Mirror Images: John Cagligne Jr. Interview (HD, 13 Mins.) – The special effects creator talks about how he did all the cool effects for the film with some funny stories about the actors during the production of the film.

Alternate Ending (HD, 3 Mins.) – There is no audio, but only the score and subtitles since the audio wasn’t recorded. This isn’t too different from the original ending, but is still fairly haunting. Still, I can see why they didn’t use it. 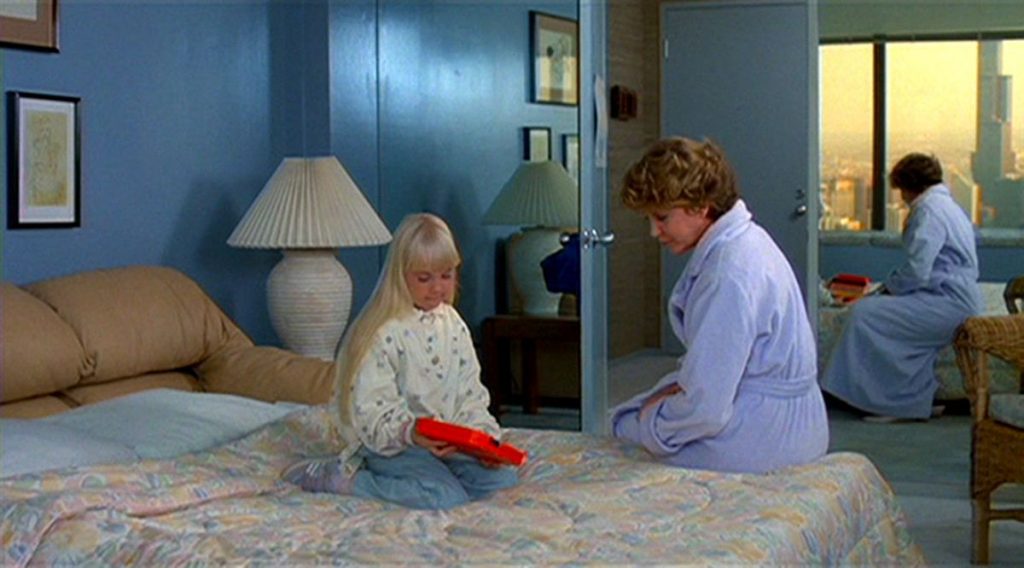 ‘Poltergeist III‘ is by far the worst film in the franchise, but it also has some excellent visual effects and some fairly haunting moments. The story is just full of cheese and things we’ve seen before, let along some ridiculous characters. The video and audio presentations are good, with the video portion out shining the audio here. Extras are all worth watching and listening to as well. Even though ‘Poltergeist III‘ is a bad film, it’s necessary for the collection.