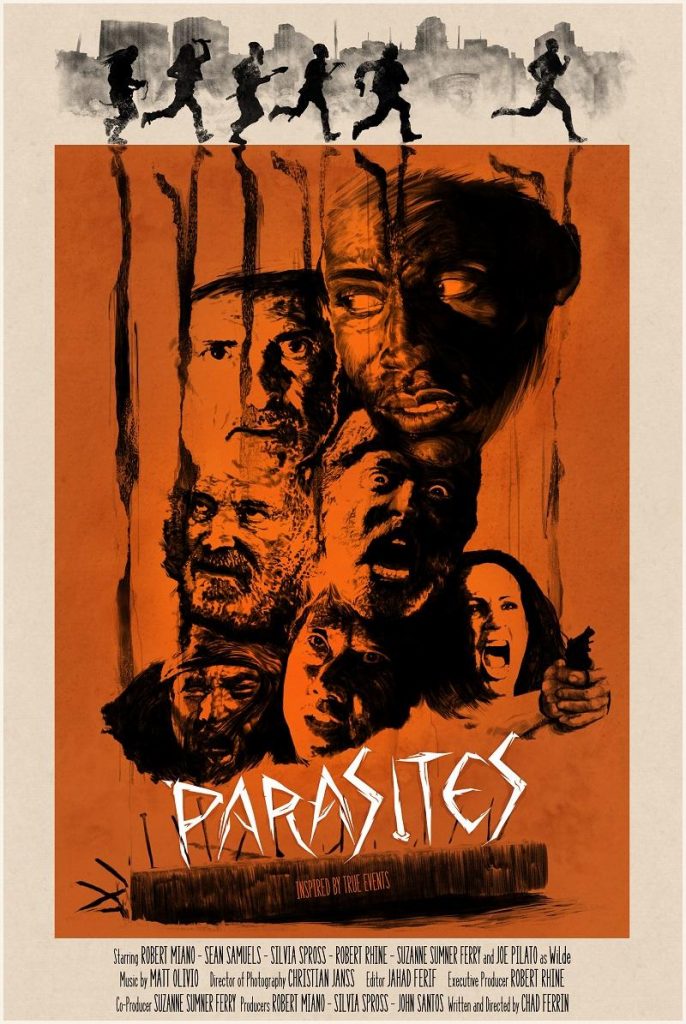 You’re getting your chance to peep a thrilling genre film that debuted at Fantasia International Film Festival, when ‘Parasites‘ lands on VOD January 24. Chad Ferrin (‘Someone’s Knocking at the Door‘), a true veteran in the horror world, created a thrilling world for the true story of John Colter and his escape from the Blackfoot Indians, just slightly twisted into a new retelling. You can find the film on iTunes, Amazon Instant, Google Play, Vudu and Xbox.

The film takes you to the edge where you dangle precariously until you’re white-knuckled and sweating from the tension you see on the screen. ‘Parasites‘ is a festival favorite and we finally get to experience it from the safety of our favorite chair. The film stars Robert Miano (‘Donnie Brasco‘), Tim Halpin (‘Baskets’), Joseph Pilato (‘Pulp Fiction‘) and Suzanne Sumner Ferry (‘Straight Outta Compton‘).

Three college students get lost in the seedy streets where they encounter a crazed gang of homeless derelicts that seizes them and one-by-one, horrifically kills all but one man. The surviving man escapes on foot, naked and unarmed, with a pack of depraved transients in pursuit, and only seconds away from capture.