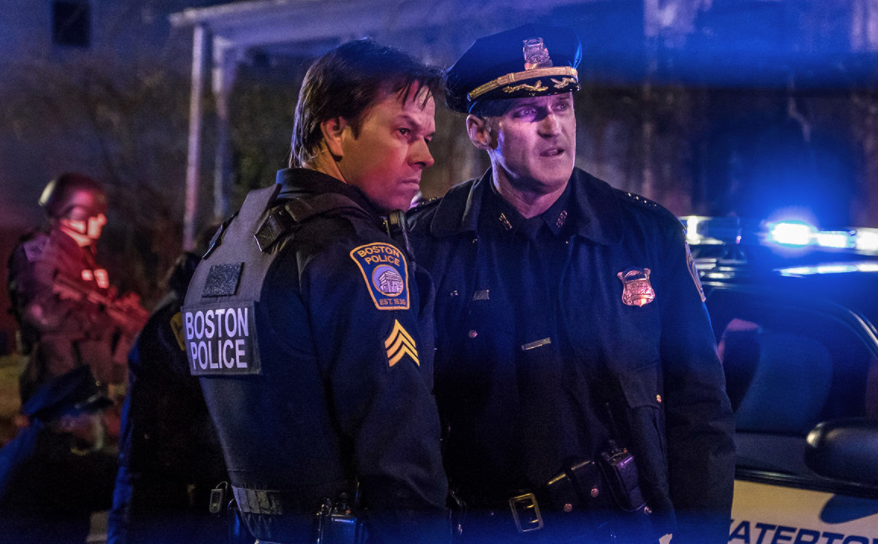 FULL DISCLOSURE: I was born in Massachusetts (moved in middle school) love all the sports teams and have close to 40 families members in and around the outskirts of Boston. The only reason I disclose this is because I watched the news closely during this whole ordeal, read two books on the events/survivors, and caught the excellent HBO doc that premiered late last year. I’m not an expert on the event but I feel like I know a bit more than a casual viewer. Most importantly I wasn’t there. I don’t know anyone who was lost. I can’t imagine what it is like to see a tragic event in your life monetized into a film so I am reviewing this strictly as a fan of movies and how it was portrayed as a movie. The politics, timing, and ramifications of turning events like this into films are for others to debate.

Peter Berg is becoming the king of solid ‘based on true event’ stories. He isn’t scouring a pile of scripts for his next project, he’s checking his Google News alerts every 6 hours. Lone Survivor, Deepwater Horizon, and now Patriots Day have shown he is the man for the job. Berg tackles real life heroes and situations with a respectful but entertaining touch. I want to focus on the entertaining part of these films because ultimately that is what these movies are. I read Lone Survivor, seen interviews, and know that Hollywood liberties were taken with the story in order to create a movie but that doesn’t mean the movie isn’t solid. I didn’t know anything about Deepwater Horizon but after seeing the movie went back and read up on the people involved and felt the same way. Berg respects the stories of the real life heroes but sometimes he has to ‘Hollywood’ it up a bit. 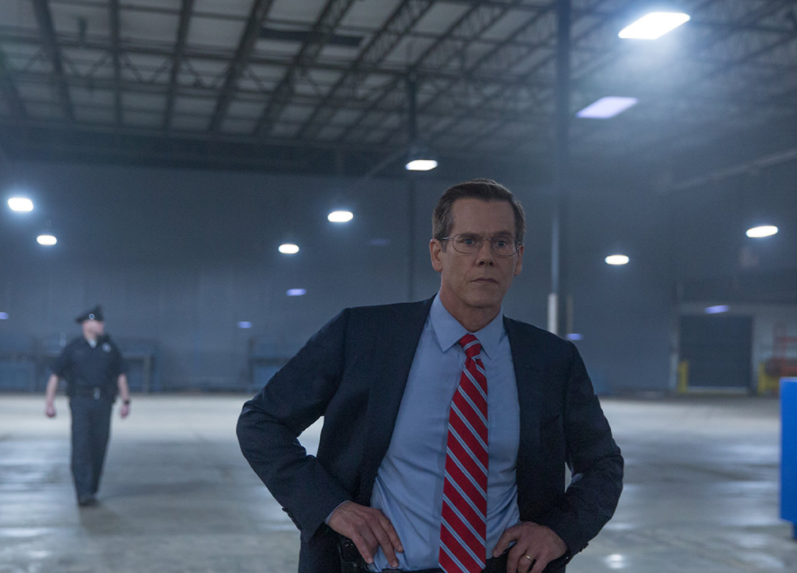 I found Patriots Day to be another solid entertaining film by Berg & Wahlberg. Their partnership isn’t as magical as Scorsese/DiCaprio or Tarantino/Jackson but they make good efficient movies together. I would tell anyone who asked that this is a really good movie and there is no reason to skip it. The skill required to make an entertaining movie where everyone going into the theater knows the ending cannot be understated. We all know one of these bastards gets shot by police then run over by his brother and the other one gets captured hiding in a boat. To make the journey there even remotely suspenseful takes skill.  This is where Berg is magnificent. The instant the race starts the movie is a fast-paced thriller until the end. The portrayal of the investigation which is headed up by some great actors, including John Goodman and Kevin Bacon, has a few interesting scenes debating the release of suspect photos and search techniques that were handled in a very even-handed manner. The real surprise for me was the fantastic portrayal of Dun Meng the Chinese student who was carjacked by the two bombers and escaped to tell police their last location. Meng’s story didn’t get as much airtime in the aftermath of the bombing with so many other tragic stories and the triumph of stopping the bombers and it was very nice to see his contribution on full display. 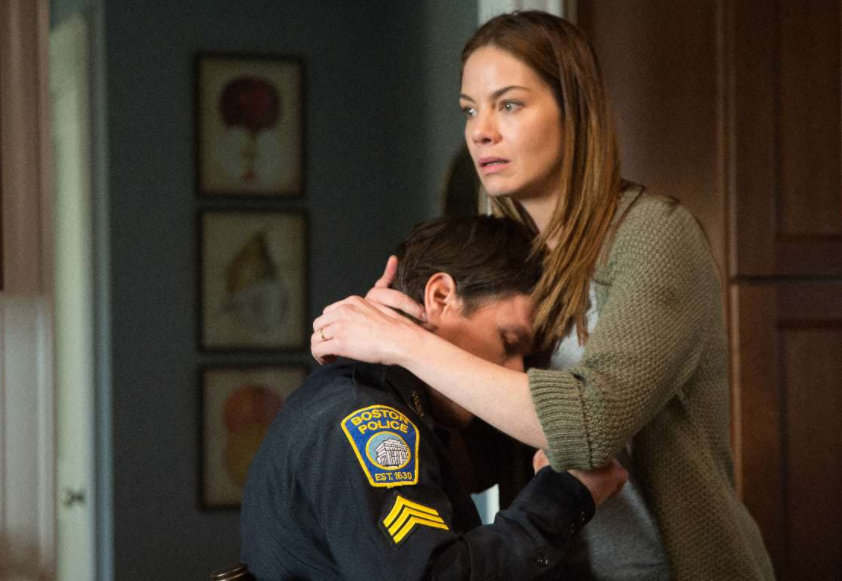 Aside from Meng, the portrayal of the father and son who were separated, Downes and Kensky aftermath, the officers, and the death of Martin Richard were handled as respectfully as you can in a movie. I was confused that the Norden brothers, who each lost a leg, weren’t in the film at all which makes me guess that maybe certain victims didn’t sign off on being in the movie? I don’t know that for sure and a quick Google search didn’t give me a satisfying answer.

I would be lying if I said this movie was perfect. I have two issues with it. They are minor but I have to address them. First, Patrick Downes and Jess Kensky, the couple who lost legs in the bombing are introduced very early in the film in a short scene that belongs in a Hallmark movie or a Lifetime afternoon special. I only say that because if you’ve ever seen this couple’s amazing story told or seen actual interviews with them they don’t come across as the stereotypical caricatures of a young couple that was portrayed in the film. They are more than what was shown on the screen. I know they had to ‘Hollywood’ them up a bit for Joe in Tacoma who has no idea who they are when he walks in to the Boston Wahlberg movie this weekend. But having seen Berg’s handling of the families/victims in Lone Survivor, Deepwater Horizon, and the other actual people in this film, something was amiss with their early portrayal and introduction in this film to where they didn’t feel real. The interview with the actual couple before the credits roll was a fantastic touch by Berg but only served to further undermine whatever that small 4 minute introduction scene was early in the film. It just struck me as strange that the other actual people portrayed in the film felt real, but the couple who is introduced early was not treated or written the same way. However, I want to say that from the explosion on the writing, acting, portrayal of the couple is well done. 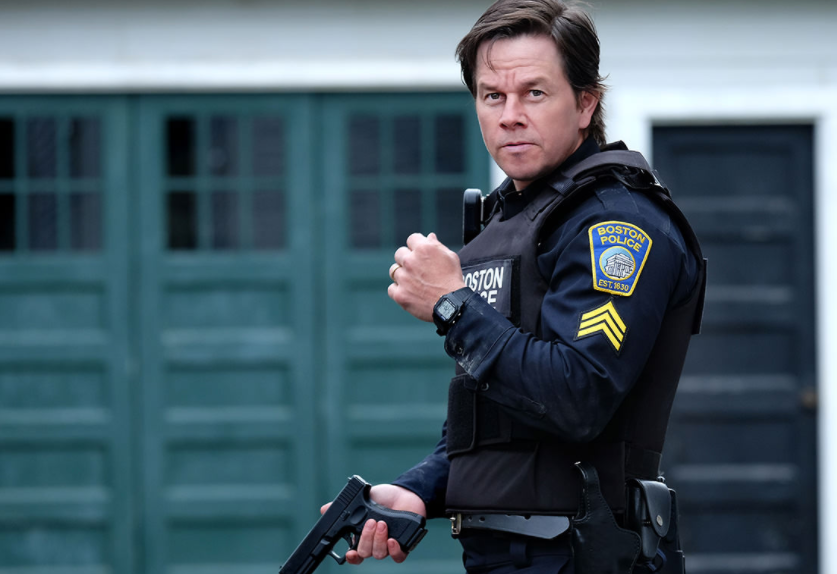 My second issue is Mark Wahlberg’s composite character. Before someone says it, I’ll say it. “Mark Wahlberg is the main character so his name is on the posters and they can sell tickets.” I get it. However, there were so many heroes involved in this search that reducing them for Hollywood into one person seemed unnecessary. The choice to have Wahlberg be at the bombing site, then have a ‘Sherlock’ moment of retracing the bombers security camera path, show up to be a first responder with Meng, to be searching Watertown, and find the bomber in the boat was a bit much. Like I said, a very minor complaint but I feel like a movie like this could have had other actors or even unknowns do some of that to further capture the team effort of the city and still put Wahlberg, Goodman, Bacon, & Simmons on the marquee. The community and law enforcement all came together to capture these bastards and the essence of the film was about the city working together. So the choice to make *one* man involved at every significant turn was just a very minor turn off.

Ultimately, Patriots Day is a solid movie that is worth a trip to the cinema. At its core it is a portrayal of an entire city coming together to protect their own and the country. Boston has a well-documented history of not taking any shit from anyone. The ‘Us Against the World’ mentality that is ingrained in everyone from that region at birth is a gift and a curse. When something happens to someone or something IN Boston, it also happens TO Boston. This sort of community doesn’t exist in every city and ‘if you mess with one of us you mess with all of us’ is on full display in the film. The events in Patriots Day happened. The bombings happened. When the World was watching Boston showed everyone that you don’t mess with our city.