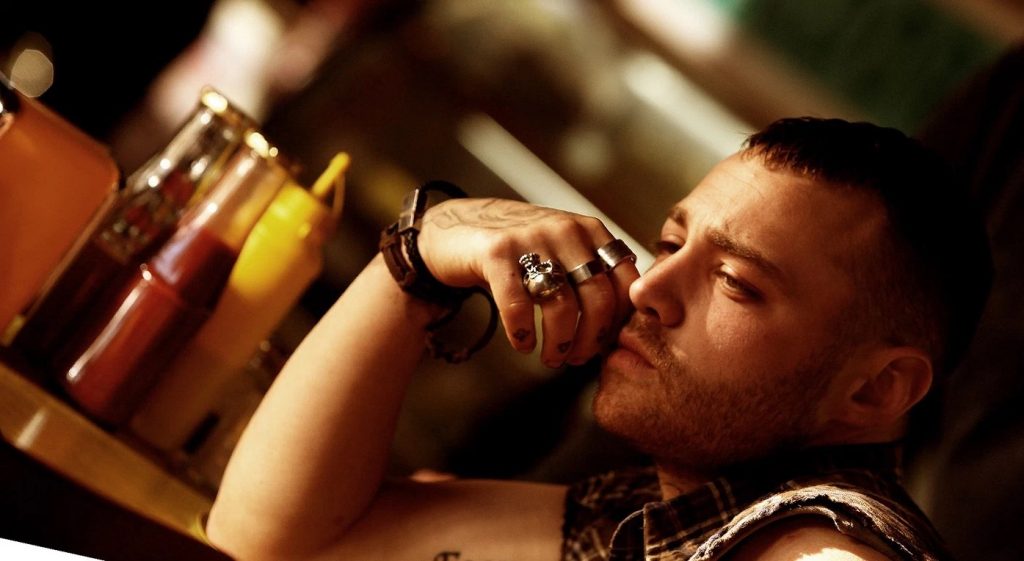 Many forks along the road of life, and we choose which path to take. Detour follows Harper (Tye Sheridan), a law student, who has a mother in a coma and a stepfather, Vincent (Stephen Moyer), he believes unfaithful. His struggle leads him to the bottle and trouble, Johnny Ray (Emory Cohen), a shifty coke-addled criminal. Johnny Ray presents an option for “handling” Vincent. Harper could threaten or kill his stepfather. Which path will Harper take?

Detour’s cast was relatively new to me aside from Moyer (loved him in True Blood) and Sheridan (Mud). Moyer’s limited screen time was relatively on point, just wish there was more of him. Sheridan was too wide-eyed and panicky to deem his portrayal realistic. Cohen’s performance was exceptional.  His eyes reflected the pits of despair.  John Lynch was not convincing as Frank. I did however enjoy him in The Fall. Though neither the Frank nor ACC Jim Burns characters were affable, I believed Lynch’s performance as Burns exceedingly more. He doesn’t make a good villain at all. 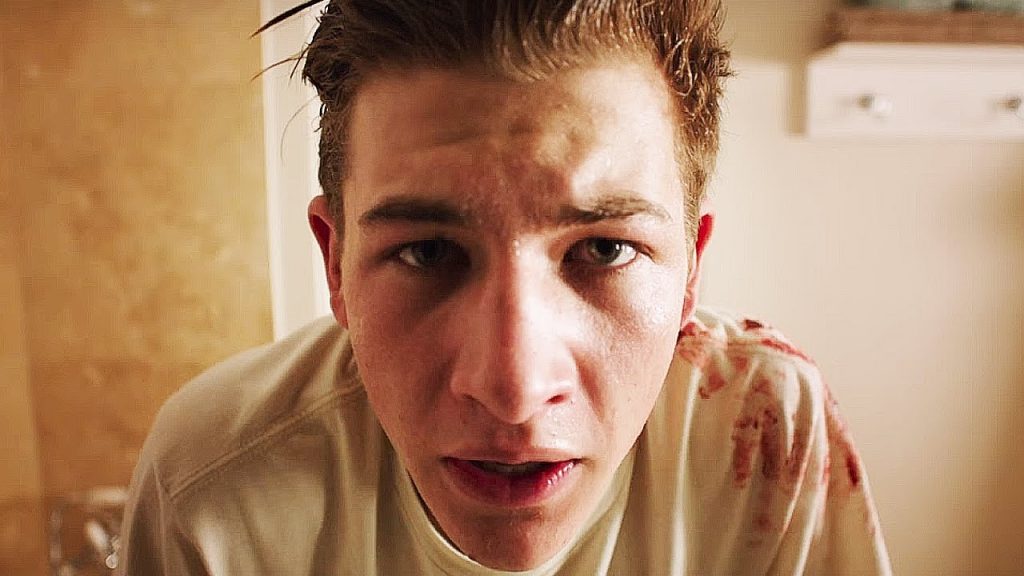 Christopher Smith wrote and directed Detour. Smith utilized multi-split screen displays to push the narrative. Most of the time, the experience was playful and creative. Unfortunately, the technique was used too often and the transitions were too fast. They became impediments to understanding the images’ connection to the current plot sequence. At least the creative cinematography and editing provide a solid unveiling of a unique twist.  Detour intrigued me with its cinematography, but a few errors were a bit annoying.

The script and background setup needed some work. Why the 5 second explanation of bending the rule of law if its not going to have an intricate part in the plot? The stripper and cop occupational performances lacked luster. The opening sequence was dull, long, and not very believable. Strippers don’t mindless stroll up and down the stage. Where were the stereotypical leg locked or inverted spins around the poles? Also, quite the clumsy copper struggling with the cuffs for a motionless suspect. Oddly enough, I still enjoyed Detour despite its issues. Perhaps its because I’m a film nerd or the distinctive presentation of the story, but I did.