‘Every Which Way But Loose’ Headed To Reboot!!!

Jan 23, 2017 Anthony Cohen, Any Which Way You Can, clint eastwood, Every Which Way But Loose, James Fargo, Orangutan, Philo Beddoe, reboot, the enforcer, The Sex Trip 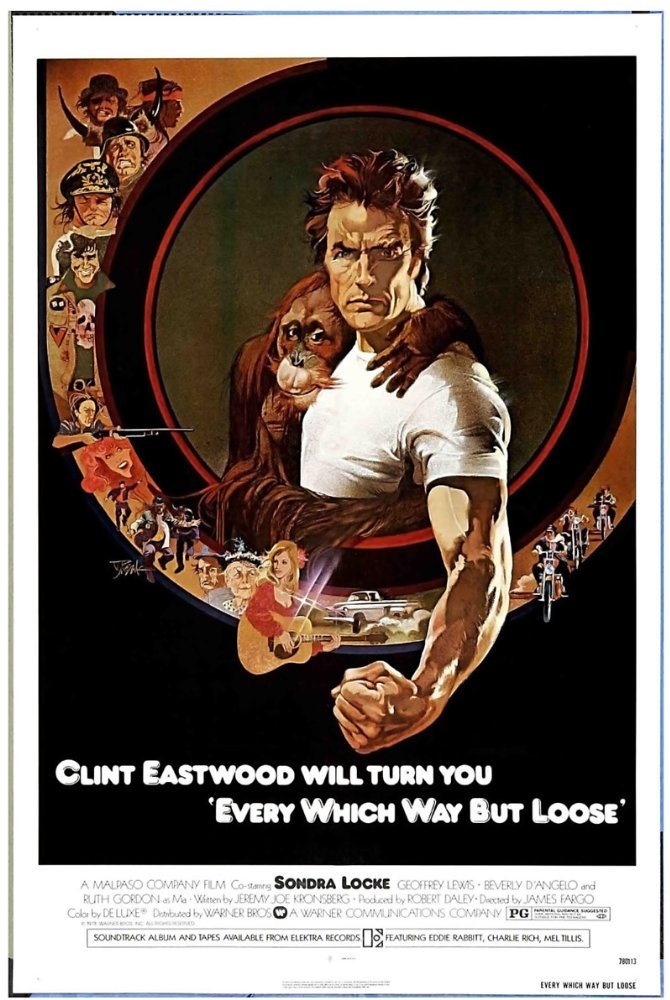 In the grand tradition of Hollywood running out of original material, I present to you the next title up for bastardization…err remake – ‘Every Which Way But Loose‘. It’s not even that it’s only classics or pivotal movies that are getting remade, they’re going after the guilty pleasures, late night cable offerings that played for months at a time and we watched 7 or 20 times during the summer.

Don’t get me wrong, I’m not saying that I don’t LOVE ‘Every Which Way But Loose‘, I’m just saying it’s not one of the classics I feel are worthy of, or would benefit from, a reboot. There is nothing in the world wrong with the gorgeous Clint Eastwood palling around with an orangutan he won on a bet. The movies got fighting, shirtless Eastwood, a monkey, and bikers, where could a new version possibly improve?! Who doesn’t love this epic adventure that spawned a sequel ‘Any Which Way You Can‘? Terrorists! Terrorists are the only people who can’t get the awesome of these movies.

James Fargo (‘The Enforcer‘), the original director is on board with the reboot and is acting as producer, he has extended an offer to Anthony Cohen (‘The Sex Trip‘) to helm the next adventure of Philo Beddoe and Clyde. Filming should get underway in late spring.