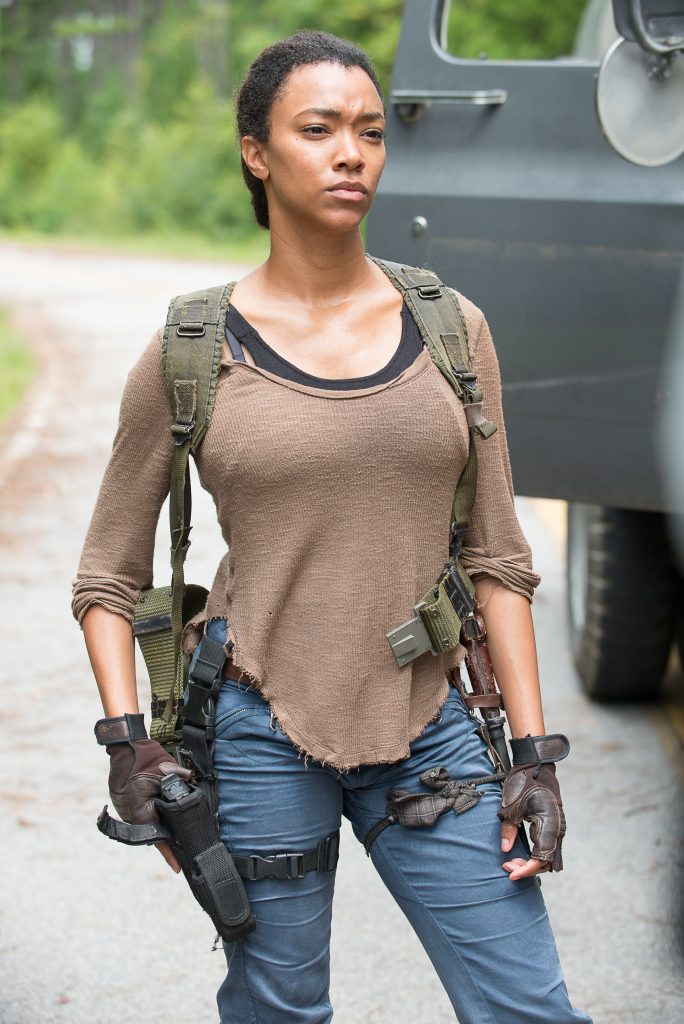 ‘Star Wars‘ may have the big movie opening this weekend, but that doesn’t mean there isn’t anything to talk about in the ‘Star Trek‘ world. Case in point? The new Trek series has just found their lead. Sonequa Martin-Green, fans of AMC’s ‘The Walking Dead‘ will recognize her right away as Sasha Williams. ‘Star Trek: Discovery‘ fans will know her as a lieutenant commander of the Discovery.

The actress will be able to appear on both series and has ties to CBS already having played a character on ‘The Good Wife‘. This series is looking to break a lot of barriers and by casting Martin-Green, they’ve introduced the first African-American woman who will lead the Trek ensemble, this character is going to be the center focus of the series, as well, instead of the captain, which is, yet another, first. In casting Anthony Rapp as a lieutenant, they have the first openly gay character, as well. Sonequa joins a cast already in place consisting of Rapp, Mary Chieffo, Chris Obi, Doug Jones and Michelle Yeoh.

We’re getting close to seeing our new Discovery crew, because we only have to wait until May and then, we need CBS All Access streaming service. We’ll see new alien races, a possible unification of Klingon houses, and we’ll spend some time on the battle deck of a Klingon ship. There are a lot of moving parts in this cog that will keep the Star Trek universe on it’s toes and staying current to today’s themes.