Contest: Win a Copy of ‘Suicide Squad’ on Blu-ray! 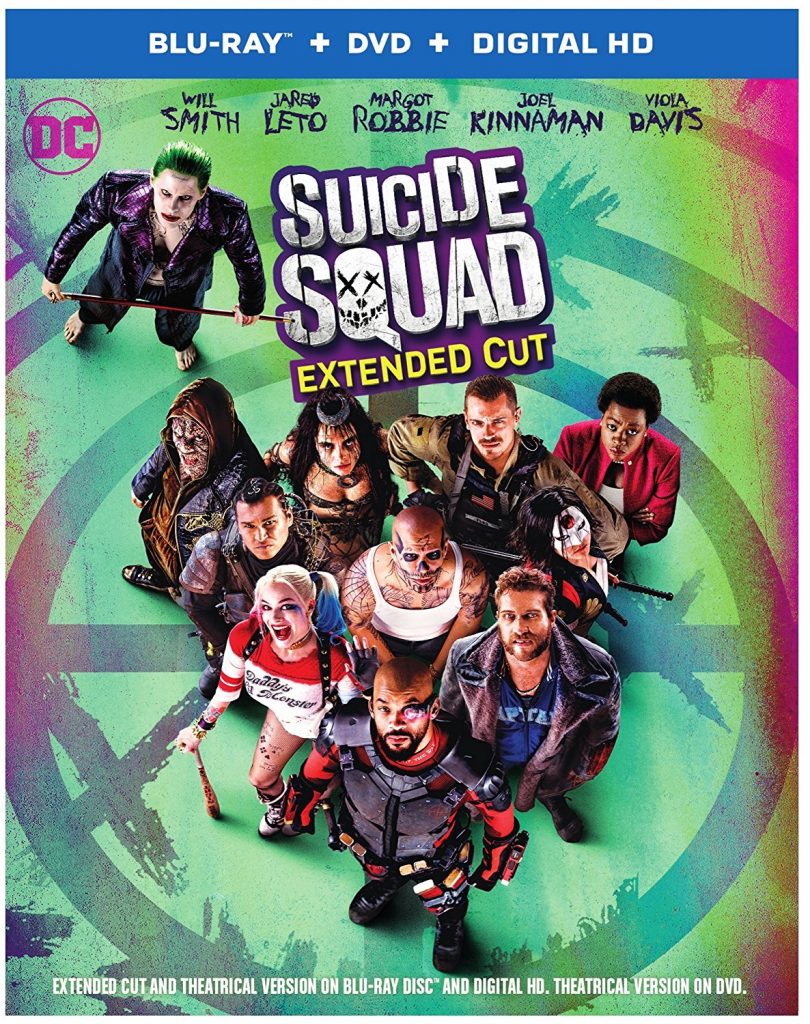 Want to win a free Blu-ray copy of the latest DC Comics’ film ‘Suicide Squad‘? Now you can. There were some great things with this movie and I know a lot of you really enjoyed seeing all of the villains come together. The video and audio aspects are both great and there are some excellent extras here too. Plus it comes with the DVD and Digital Download.  We have a few copies to give away and is perfect for that one DC Superhero movie you want to watch for the holidays.

Please note the winners must reside within the U.S. and provide a home shipping address (no P.O. Box). 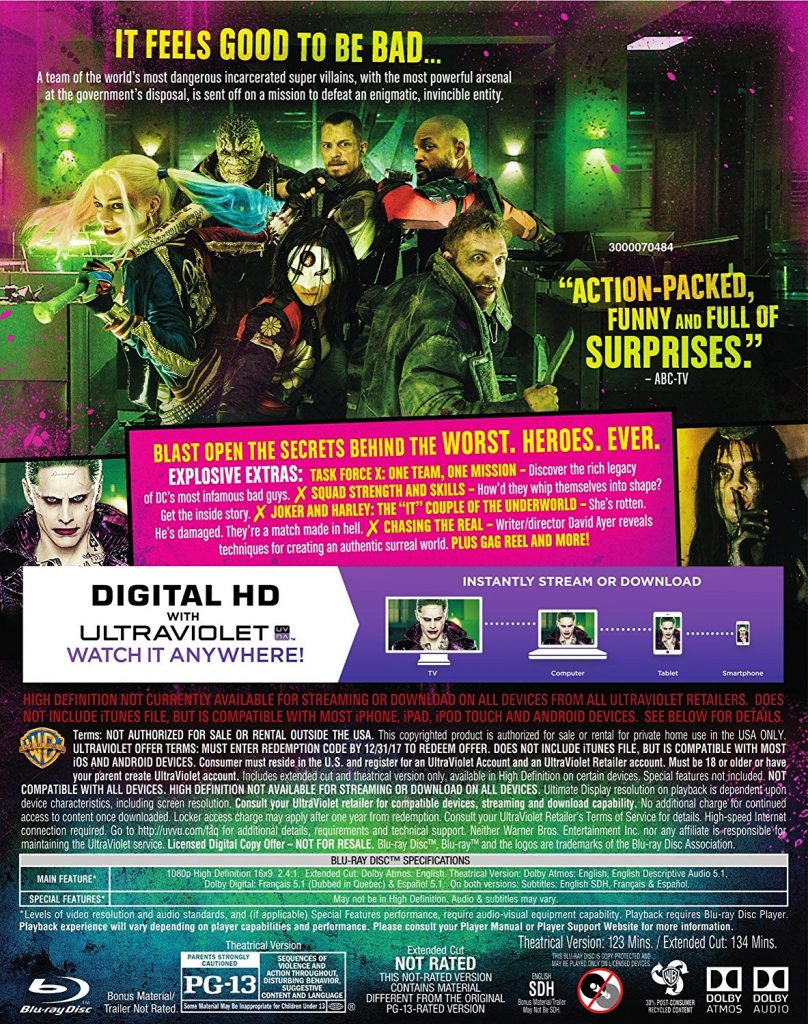 It feels good to be bad… Assemble a team of the world’s most dangerous, incarcerated Super Villains, provide them with the most powerful arsenal at the government’s disposal, and send them off on a mission to defeat an enigmatic, insuperable entity. U.S. intelligence officer Amanda Waller has determined only a secretly convened group of disparate, despicable individuals with next to nothing to lose will do. However, once they realize they weren’t picked to succeed but chosen for their patent culpability when they inevitably fail, will the Suicide Squad resolve to die trying, or decide it’s every man for himself?

Task Force X: One Team, One Mission (HD, 23 Mins.) – The filmmaker, cast and DC Comics writers discuss the origin of the Suicide Squad in comic book form and how they transitioned to the big screen. – The crew of the film talk about how the film used realistic elements to transcribe the superhero aspect and fantasy of the comic books.

Joker and Harley: ‘It’ Couple of the Underworld (HD, 15 Mins.) – Jared Leto, Margot Robbie, and David Ayer talk about their versions and characters based off the comic book icons.

Squad Strength and Skills (HD, 9 Mins.) – The stunts are given a look here, which are quite impressive and worth watching.

Armed to the Teeth (HD, 12 Mins.) – All of the weapons, guns, and props are discussed here with how they were made and them in use.

This is Gonna Get Loud: The Epic Battles of ‘Suicide Squad’ (HD, 11 Mins.) – This extra focuses on staging, rehearsing, and getting all of the fight scenes just right for film.

The Squad Declassified (HD, 5 Mins.) – All of the characters except Diablo get a short synopsis that talks about the traits and weapons.