‘Pinocchio’ Debuts In Digital and Blu-ray This January!!!! 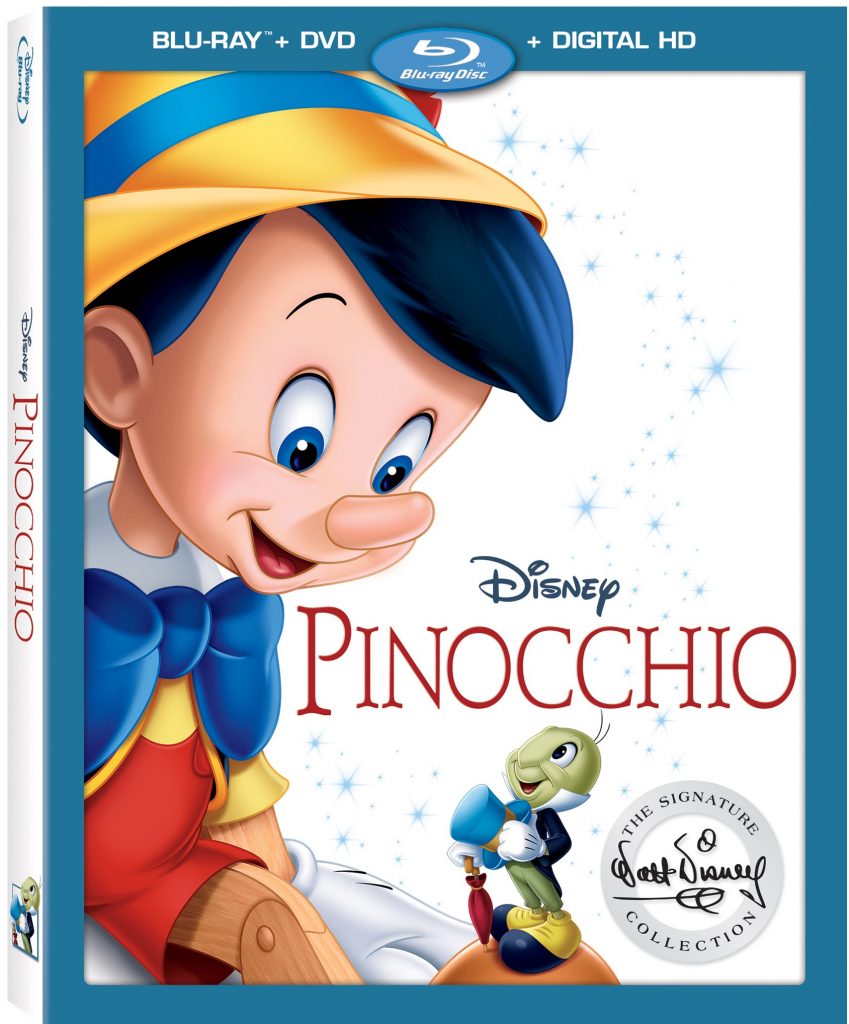 Disney is launching a very special piece of their animated history into the blu-ray stratosphere when they introduce the second animated film in Disney’s roster, ‘Pinocchio‘ to the format in January, 2017. The film stands in a position of honor as it is the first animated film ever to win an Academy Award in a competitive category.

The film Joins the Walt Disney Signature Collection with the release of the Digital HD on January 10, then the blu-ray splashes into stores on January 31.

Inventor Gepetto creates a wooden marionette called Pinocchio. His wish that Pinocchio be a real boy is unexpectedly granted by a fairy. The fairy assigns Jiminy Cricket to act as Pinocchio’s “conscience” and keep him out of trouble. Jiminy is not too successful in this endeavor and most of the film is spent with Pinocchio deep in trouble.

· Walt’s Story Meetings: Pleasure Island – The Pleasure Island scene in “Pinocchio” had much more development than what is seen in the film. Join Pixar’s Pete Docter and Disney historian and author J.B. Kaufman as they explore artwork recently discovered in Disney’s animation research library revealing some of the attractions, gags and games, which Disney animators created for this iconic location of the film, that never made it on screen.

· In Walt’s Words – “Pinocchio” – Hear Walt himself discuss the making of “Pinocchio” through archival recordings and interviews.

· Classic Bonus Features – These offerings from prior home entertainment releases include hours of bonus material, such as the making of “Pinocchio,” deleted scenes, sing-alongs, storyboards and theatrical trailers.