Film Reviw: ‘Bleed For This’! 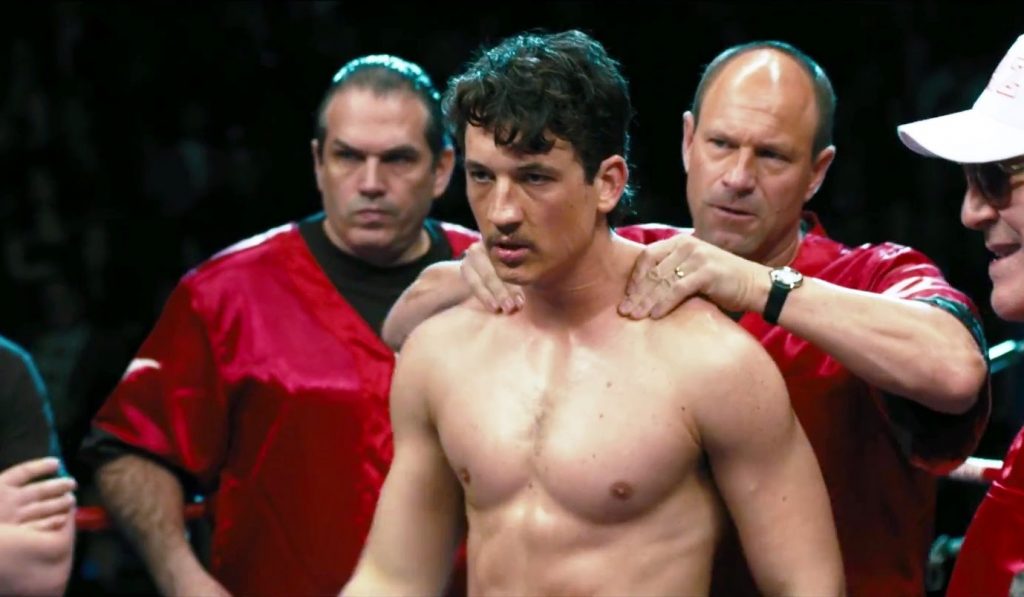 People were literally on the edges of their seats watching the story of Vinny Pazienza unfold in Bleed for This. I have never experienced an audience as collectively involved or as vocal as the one watching this film. The audience gasped, threw their hands over their mouths and their eyes, winced in pain and breathed sighs of reliefs almost in sync with one another. Just recently I told someone how it always helps to have a winning sports team (I’m looking at you Dak Prescott) because it brings people together; the same holds true for a good movie. This film has both- it’s a feel good film about sports. What more can you ask for? Oh, action, suspense, laughs and love you say? It’s got those, too.

Bleed for This is based on the life of boxer Vinny Pazienza, or Vinny Paz- the Pazmanian Devil, who rose to fame in the 1980s. Miles Teller plays Vinny Paz brilliantly. His portrayal of the cocky, stubborn and determined young boxer had me in the moment from the first scene. The film makes light of its characters, making sure to humanize each one. It’s not a boxing movie that glorifies the sport, the lifestyle or the spoils. Vinny Paz is just a guy doing the only thing he knows how to do. Surrounding him is his family, played masterfully by Katey Segal (Louise Pazienza) and Ciaran Hinds (Angelo Pazienza). His parents, Louise and Angelo, have extremely different approaches to the sport but are both incredibly supportive and loving of their son. The family dynamic in the film adds depth, kindness and a softness to an otherwise hard hitting film. 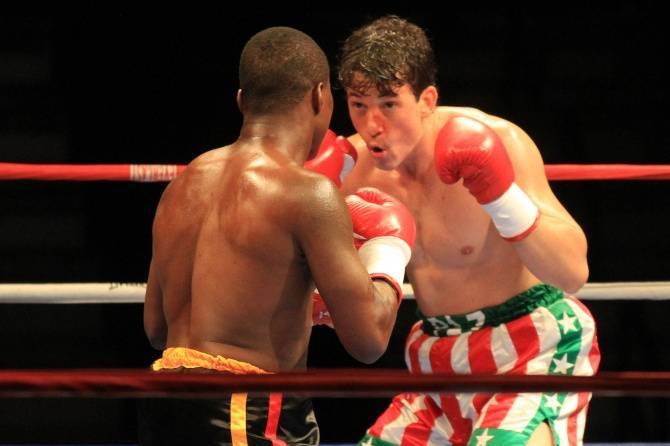 But the real beauty in the film is the path Vinny Paz chooses and the person he chooses to walk with him. Early on in the film, when his manager has told the world he should hang up his gloves, he finds a down and out coach and starts over. Aaron Eckhart plays Kevin Rooney; he is the perfect match for Vinny Paz and brings comic relief to many scenes. As Vinny faces bigger and tougher obstacles, Kevin is the one he reaches for and ultimately the one who extends a hand when it’s needed most. This movie speaks to how important it can be to have someone in your corner when it matters most.

This movie put out so many messages, I am sure you will find something redeeming or valuable to take away. People do get hit in the face quite a bit, which I thought was another plus, but if that’s not your jam you may consider skipping it or prepare yourself for a lot of eye covering. There’s also a fair amount of above the waist nudity, of both males and females. So if nipples aren’t your jam, the same disclaimer as above stands. Aside from that, this is a feel good film that I recommend seeing when you need a little reminder that sometimes all you need to do is believe it’s possible.