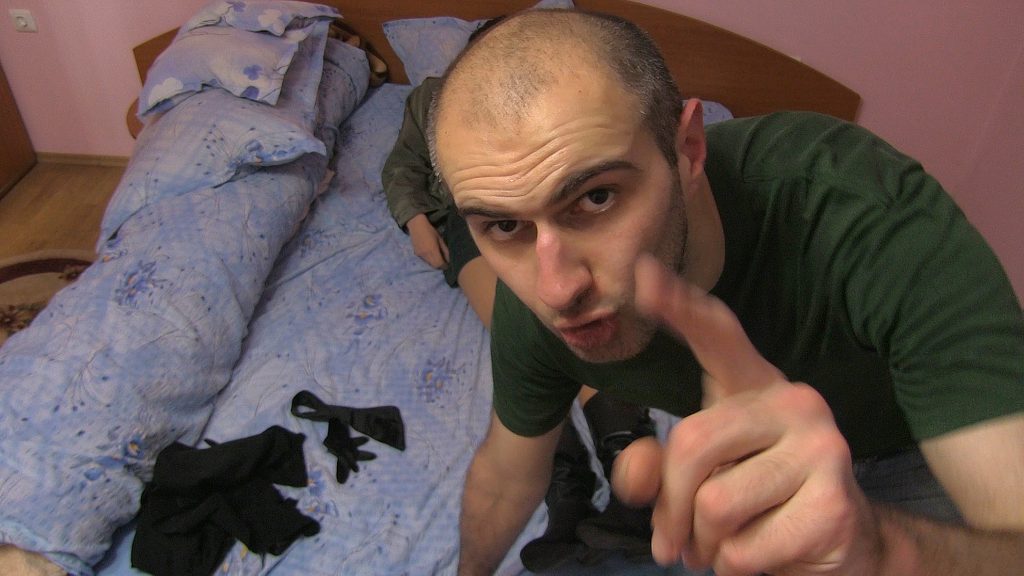 Direct from the twisted cerebral cortex of director, writer, and star Adrian Tofei, is Be My Cat: A Film for Anne. A tale so demented yet potentially realistic about obsession as seen through the eyes of a psychopath. Tofei’s goal (as the lead character is himself) is to woo Anne Hathaway to be the star of his film. How do you ask? By filming a “documentary” about the film including the casting process. Unwittingly three women, Sonia Teodoriu, Florentina Hariton, and Alexandra Stroe, will participate in his lunacy and suffer the consequences.

What is so threatening about the story is not the film itself but the fact that this could very well happen in today’s world. Hello, Craigslist murderer. Be My Cat: A Film for Anne is shot in found footage style, which is so annoying (unsteady cam, quick pans & tilts, etc.) and distracting from any attempt of suspense building. Though I know some people fancied the Blair Witch Project, it wasn’t my cup of tea. The same can be said for Be My Cat: A Film for Anne. Also, there are holes in the plot, which prohibit realism. The acting is decent. Tofei gives a convincing portrayal of a socially awkward psychotic with delusions of grandeur, life with Hathaway.

Overall, I would not recommend Be My Cat: A Film for Anne. Kudos to Tofei for producing a film, but details, like believable blood spatter and better weapons than a steak knife, etc., are needed to pull off a horror film. Perhaps an eerie soundtrack could have helped with inflicting terror. Also, not enough content for a feature length film. Some sequences were simply too long. However, if you enjoy a more raw and dizzying form of cinema, ignore me and check it out.

SAVE YOURSELF THE HEADACHE!