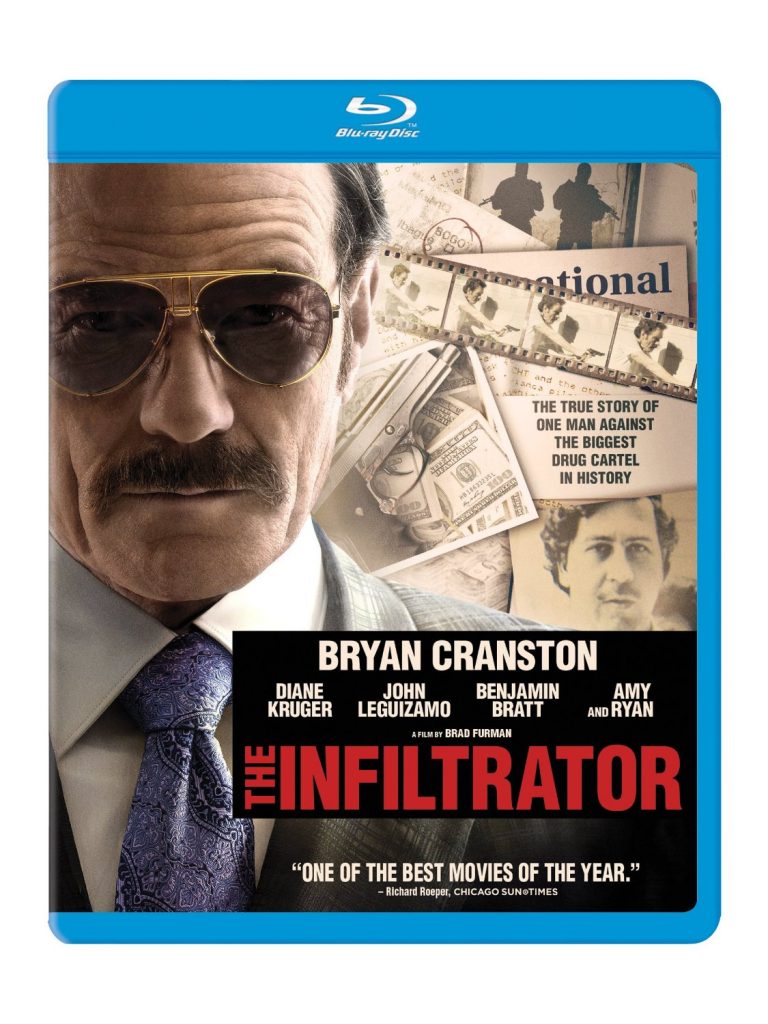 We’ve seen quite a few movies and even TV shows that cover the Pablo Escobar story and his drug cartel over the years. Some have been great where others missed the mark. Here with ‘The Infiltrator‘, you never really see Pablo Escobar, but only in passing as the story follows real-life US agent Robert Mazur or as his undercover name Bob Musella, played by Bryan Cranston, who is no stranger to the drug business (Breaking Bad). Robert Mazur went deep undercover to unlock and take down Pablo Escobar’s drug business, along with his right hand men.

What director Brad Furman (The Lincoln Lawyer, Runner Runner) does here that makes this film stand apart from the rest in this genre, is strictly focus on the tension of going undercover in this nasty cartel business. There are some fairly intense moments of brutal killings and violence, but that all takes a back seat as we see all the moving parts come together to make this a successful operation, by showing how Mazur balances his home life, creating fake aliases and marriages, to even opening up bank accounts and becoming very friendly with the deadliest of Pablo Escobar’s crew.

You’ll be on the edge of your seat for sure throughout the whole film, hoping that Cranston’s character isn’t figured out. Speaking of Cranston, he does a phenomenal job as Robert Mazur and the ruthless businessman Bob Musella. It was almost like a return to the ‘Breaking Bad‘ character of Walter White and Heisenberg, where one was a good family man and the other was a volatile and scary individual. It’s a little more toned down here, but it works on all levels. His partner who is also undercover is Emir (John Leguizamo), who always turns in an excellent performance. Emir is the guy who takes all the scary chances here and seems a little unhinged, which also adds to the suspense of the story.

Benjamin Bratt and Diane Kruger play great supporting roles as well, but Cranston and Leguizamo shine bright here. Their struggles with keeping their separate lives from their undercover ones are rough, and you can see that it truly takes a toll on them. Oh and Olympia Dukakis makes an appearance in the film and just steals the show every time she’s on screen. Put her in everything! The music choices are fun and spot on for the time period  and the direction is gritty, which adds that extra layer of tension. ‘The Infiltrator‘ is a fresh look at this overly-done story and comes highly recommended! 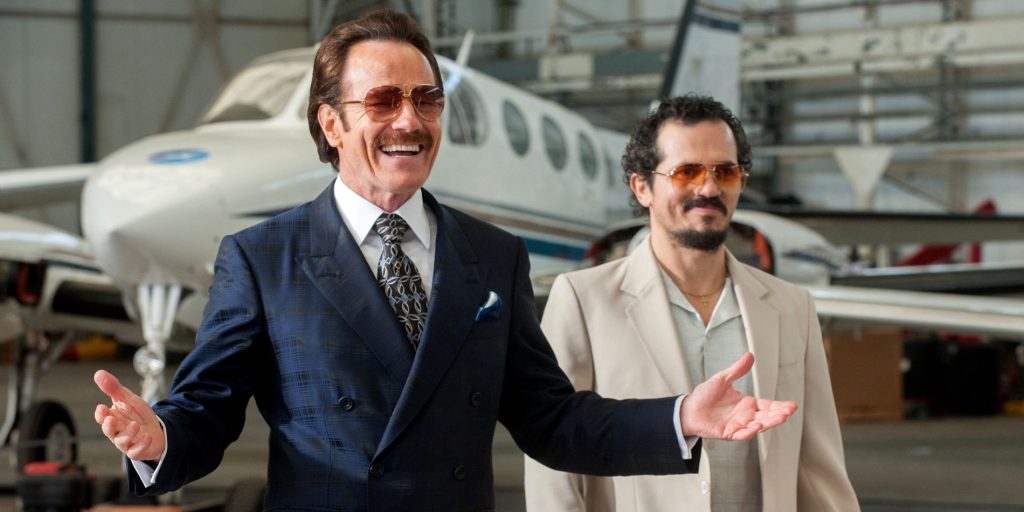 ‘The Infiltrator ‘ comes with a 1080p HD transfer and is presented in 2.40:1 aspect ratio. This is a great video presentation that catches the eye and era of the 1980s. Detail is sharp and vivid throughout with excellent closeups that show makeup effects, wounds, individual hairs, wrinkles, and beads of blood and sweat very nicely. Individual stitches in the wardrobe can be seen as the high end criminal props in the backgrounds of the fancy houses. Colors are vibrant and pop right off screen with natural colors and great neon lighting throughout. The black levels are deep and inky and the skin tones are natural. There were no major compression issues of any sort here, leaving this video presentation with solid marks.

This release comes with a good lossless DTS-HD MA 5.1 mix and does a good job of balancing the soundscape. I wouldn’t say this is an entirely explosive sound design, but it does immerse you into the suspense of the situation. Sound effects of gin blasts and bullets flying into objects sound excellent and pack a punch. Ambient noises of city life, cars driving by, and people chattering all sound full in the surrounds, but never overly done. The soundtrack of the film is the shining star here and always adds to the tension of each scene as well as the music of the 1980s. The dialogue is crystal clear and easy to follow, and free of any pops, cracks, hiss, or shrills, leaving this audio presentation with good marks.

Audio Commentary – Director Brad Furman and actor Bryan Cranston discuss the making of the movie that covers locations, the true life story, budget, fun anecdotes from set, and some technical aspects. Worth the listen.

Deleted Scenes (HD, 8 Mins.) – There are five deleted scenes, all of which are worth watching and add to each character.

The Three Bobs (HD, 4 Mins.) – Interviews with Bryan Cranston as both personalities as well as the real life Bob the film is based on. Interesting stuff here.

How to Infiltrate (HD, 6 Mins.) – Cast and crew discuss the screenplay, story and real life experiences of the subject of the film. 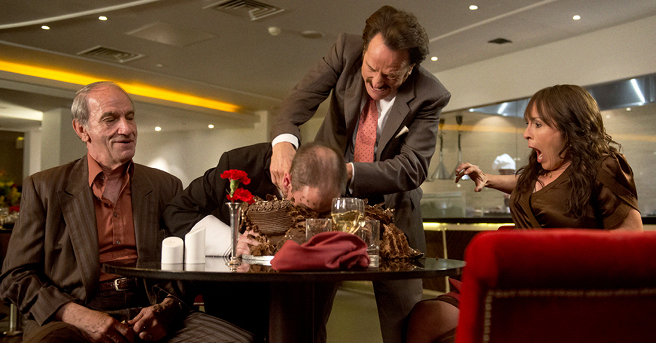 ‘The Infiltrator‘ is a solid gangster film that is very suspenseful and fun to watch. It isn’t as violent as let’s say ‘Goodfellas‘, but it gets the job done. The performances are excellent all around and the soundtrack is fantastic. The video and audio presentations are both great and the extras are fairly short, but worth watching. ‘The Infiltrator is definitely RECOMMEND!