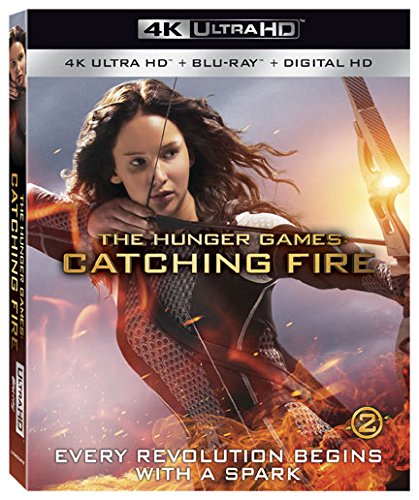 This portion of the review was written by Suzanne Loranc.

Lionsgate enters the second game with the 4K UHD release of ‘The Hunger Games: Catching Fire‘, which has a HEVC H.265 encode in HDR10 with a 2.40:1 aspect ratio. This release has a digital download code as well as the standard Blu-ray version, in addition to the 4K disc. There is no 3D option here.  There is definitely an improvement here in detail and color, but during the heavy CGI scenes, things get a little murky. Detail is still very vivid and sharp in closeups in well lit exteriors, but the film has a very grainy and filmic look in many spots. The hardcore color grading and violent camera movements really come down on the overall detail of the picture. The HDR looks amazing here though and is the biggest and most noticeable upgrade with this 4K release. The different color shades in different lighting look incredible, no matter if the kids are running through trees or on the inside of the capital building – all the colors look satisfactory. Also look at the detail when their battle ready uniforms catch fire on the ride in, all the ash and sparks look incredible here. Detail also provides strong closeups with wrinkles, makeup effects, beads of sweat, and individual hairs, which show up nicely. Black levels are very deep and inky as well. There are no other compression issues of any sort here, leaving this with a great looking 4K presentation.

This UHD release of ‘The Hunger Games: Catching Fire‘ has an English: Dolby Atmos track, where I used a 7.1.2 Atmos speaker setup with the normal 7.1 surround and two overhead speakers, plus a subwoofer powering this comedy action soundscape. The standard Blu-ray version has a Dolby Atmos track as well. This is an excellent audio presentation and is demo worthy for this type of film. The fully immersive track is outstanding in the heavier action scenes where the children are fighting in the woods. There is full immersion with the ambient noises here in the forest as well as the capitol, and the large crowds cheering and yelling during the games. Weapons being fired sound excellent too with some great directionality. Dialogue is always crystal clear and easy to follow along with and free of any pops, cracks, hiss, and high shrills.The score is always sweeping and adds to the suspense in each scene. The low end packs a great amount of bass without going into rocky territory. The overhead speakers provide some great moments as well in the heavier action scenes. This is a top notch audio presentation. 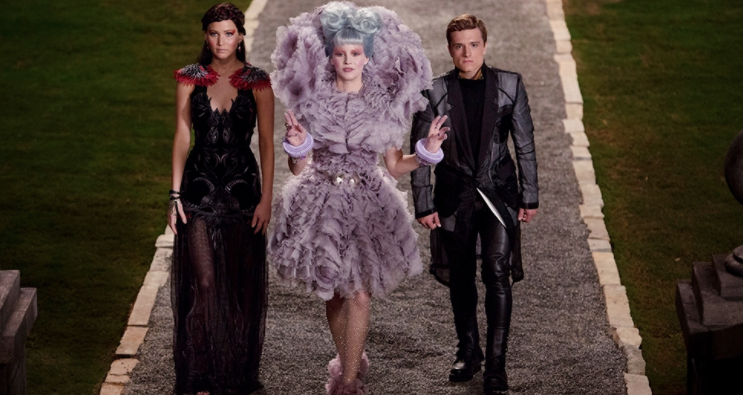 Audio Commentary – Director Francis Lawrence and Producer Nina Jacobson deliver a bland commentary track where there are long gaps in between talking. There is some information on the production of the film, but overall, this is not an excellent listen.

Surviving the Game: Making ‘The Hunger Games: Catching Fire’ (HD, 145 Mins.) – Yes, this is over two hours long and covers extensively the making of this movie. There are nine different sections here that cover everything from pre-production, the actors, the sets, the visual effects, the stunts, and more. Definitely worth the watch.

Deleted Scenes (HD, 5 Mins.) – There are five deleted scenes in to total, none of which add that much depth to the story. 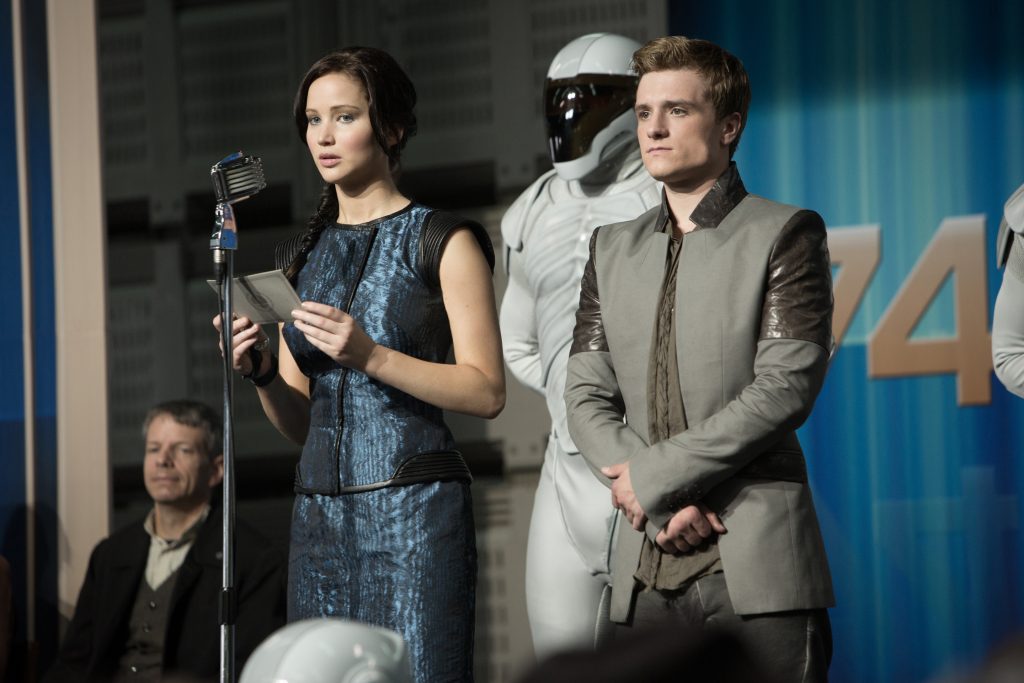 ‘The Hunger Games: Catching Fire‘ is finally out in 4K UHD and it looks and sounds great. The film itself is my favorite of the franchise and is by far the best film in the series. There really isn’t a bad thing about this movie. Some of the extras from the previous standard Blu-ray release are not imported over here, but some of them do end up on the 4K Disc, which is excellent.  This comes HIGHLY RECOMMENDED!