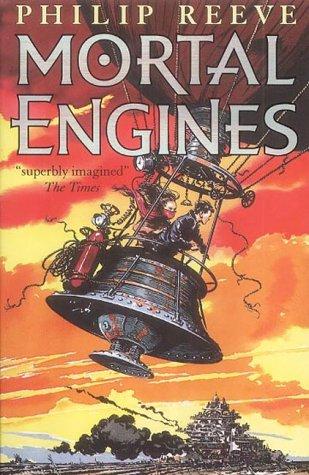 Universal Pictures is teaming with MRC and Peter Jackson to adapt the Young Adult, Sci-Fi fantasy ‘Mortal Engines‘ written by Philip Reeve’s book series. Despite what that first sentence lead you to believe, Jackson is not directing this time, but his protege will take the reins on this one.

Jackson co-wrote the script with two collaborating partners, his wife Fran Walsh and Philippa Boyens, both who were essential in the penning of ‘The Lord of the Rings‘ and ‘The Hobbit‘ trilogies. Jackson is also taking on producing duties while Christian Rivers heads up the production as director for his debut project which has been scheduled to begin filming in New Zealand in early 2017. Which makes it about time considering Jackson began working on the adaptation in 2009.

The books are a wonderful combination of steampunk, teen sci-fi, and an absolutely brilliant story that spans the course of four books.  The book focuses on a futuristic, steampunk version of London, now a giant machine striving to survive on a world running out of resources. We follow a teen named Tom Natsworthy and a young woman from an area known only as the Outlands who try to come to the bottom of a mystery that has the capacity to change the world order.

Regardless of how long the project has been gestating, one thing remains very clear, this will be a remarkable project!