‘Gilmore Girls: A Year in The Life’ Posters Will Take Your Breath Away!!! 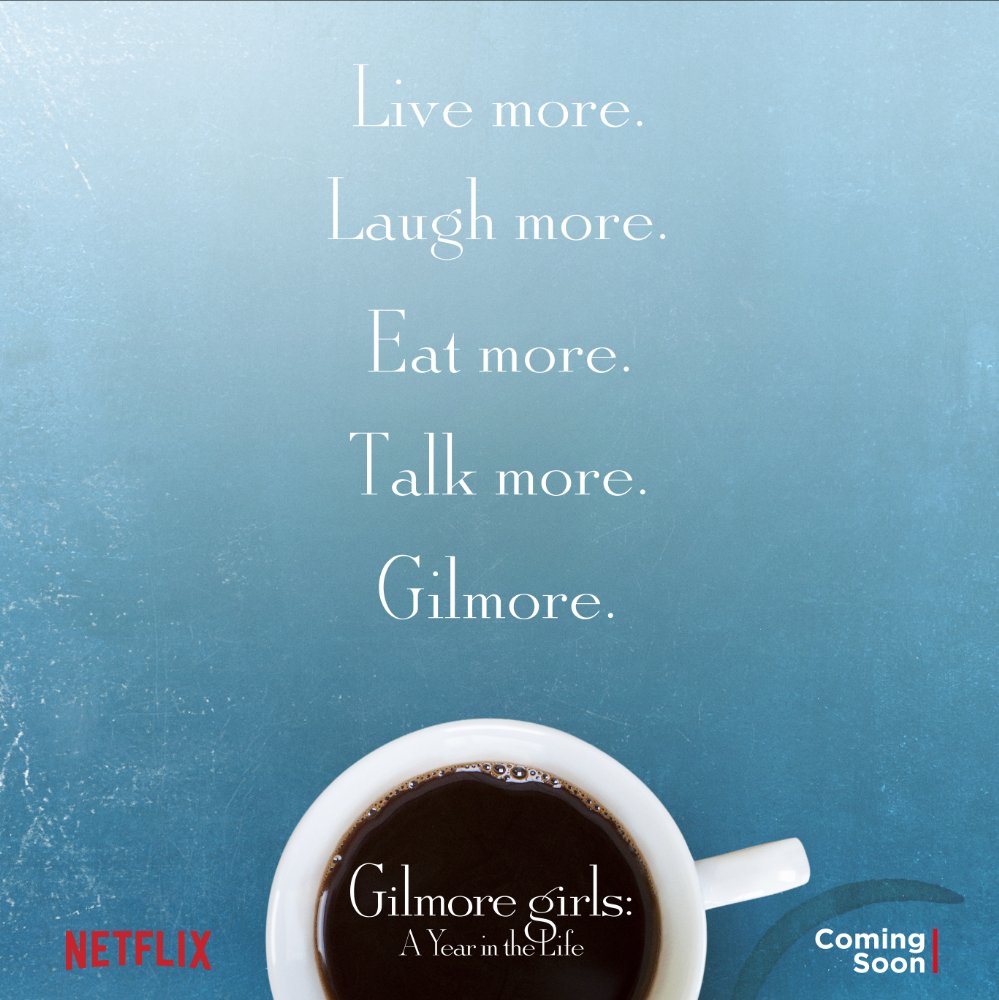 We still have one more month to wait before basking in the gloriousness that is ‘Gilmore Girls: A Year In The Life‘ on Netflix, but the benevolent streamer has given us four posters that represent the four seasons we’ll be celebrating with Lorelai and Rory. If you’re like me you’re way past ready to get your Stars Hollow fix on so feast your eyes on the images! 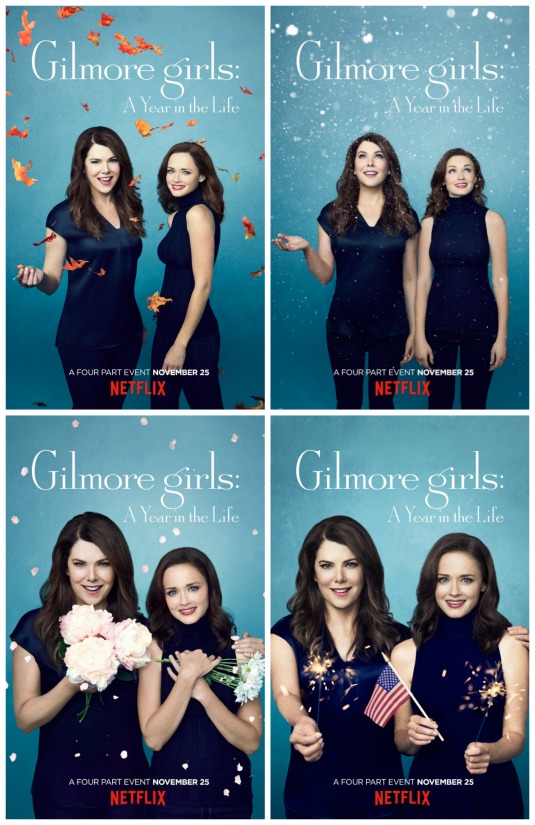 We get to catch up with not only the namesake characters, but almost the entire cast as the collective residents have come back together to cheer on and celebrate the Gilmore’s. If you’re new to the Gilmore world, it’s ok, there’s time to catch up and become part of this phenom. Hit up Netflix for the entire 7 season series. The reunion doesn’t begin until November 25, so you have more than enough time to watch and become utterly addicted to speaking incredibly fast, coffee and need vast amounts of horrible-for-you food to accompany your new binge-addiction. We’re talking 45 minute episodes over 7 seasons, which relates to 115 hours spread out over 153 episodes. That’s cake for an experienced binge-watcher. So in the immortal words of Lorelai Gilmore, “Bicycle, unicycle, unitard. Hockey puck, rattlesnake, monkey, monkey, underpants!”