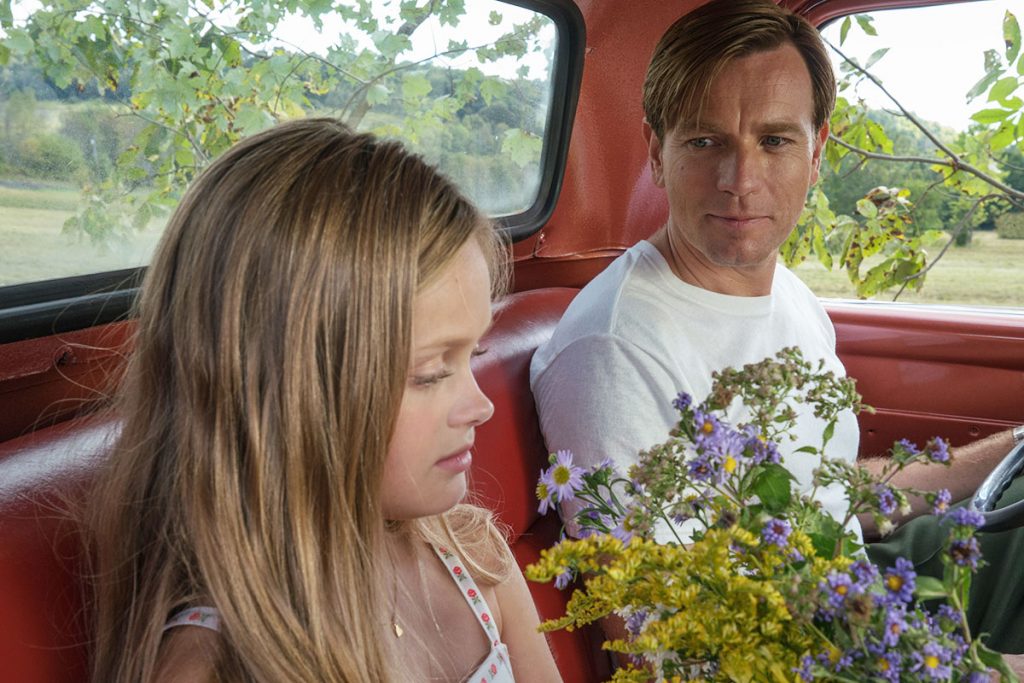 Opening with a 45th high school reunion, Nathan “Skip” Zuckerman (David Strathairn) wanders down memory lane to a dear old friend, Jerry Levov (Rupert Evans). Jerry has quite the story to share, too.

Based on the Pulitzer prize winning novel of the same name, American Pastoral is a powerful story of love and loss. Directed by and starring Ewan McGregor (Moulin Rouge, The Island, and Big Fish), American Pastoral follows the seemingly charmed life of Seymour “The Swede” Levov as he strides to do right by all from the workers in his family’s glove business to beauty queen wife, Dawn (Jennifer Connelly) and troubled, stuttering daughter, Merry (Dakota Fanning, Hannah Nordberg, and Ocean James). As little Merry became teenage Merry, their quiet home in peaceful Old Rimrock explodes with torment. American Pastoral is set in the tumultuous Sixties and the Vietnam War and Civil Rights Movement are in full throttle. Impressionable Merry becomes the fowl-mouth voice of the Revolution and there goes the fairytale life of the Levovs.

Over the years, I have enjoyed McGregor’s acting for years, and I think now I will find much appreciation for his directorial abilities. Admittedly, his makeup or digital effects, though I understand it was to show the passage of time, was obviously artificial at times.  Connelly remains the great actress from my childhood years to present. I always wanted to be Sarah in Labyrinth with fantastical journey in the goblin king’s (the late great David Bowie, yes, when I was that young I had the hots for him) land. As Dawn, Connelly exhibited many character transitions over the course of the films 2 hours and 6 minutes.

Ever since I saw Fanning in Man on Fire, I knew she had considerable talent and that she would continue to wow us. Kudos to James and Nordberg, because those little ladies did very well. A wonderful surprise in American Pastoral was Uzo Aduba (Suzanne “Crazy Eyes” Warren from Orange is the New Black) and how she brought her sass and blunt intellectual rhetoric to the role. Even more fun was the comedic stylings of Lou Levov (Peter Riegert) who really tells it like it is and your funny bone could fall out.

American Pastoral is well produced and wrenching to the heart. In some respects, I was reminded of An Imitation of Life because of the relationship between a daughter and a parent. Loaded with vulgar language, I don’t recommend this film for the whole family though the lesson of love and devotion is much needed in our society for children and parents alike. The best definition of life is given by young Merry, “Life is just a short space of time in which you are alive.” Makes you wonder if some people ever had a life.

LONG, BUT WELL WORTH THE DRIVE