Own the Prince Movie Collection on Blu-ray or Digital HD on October 4th!

Warner Bros. Home Entertainment is giving fans the chance to look back on the film career of the late legend and musical genius with the debut of the Prince Movie Collection on Blu-ray and available October 4. This collection has been curated with the only three acting performances on his resume. ‘Purple Rain‘, ‘Graffiti Bridge‘ and ‘Under the Cherry Moon‘. The latter two of the three titles is going to be available for the first time on Blu-ray.

Winner of Grammy® and Academy Awards®[ii] for its pulsating song score; Purple Rain marks the electrifying movie debut of Prince as The Kid, a Minneapolis club musician as alienated as he is talented. The Kid struggles with a tumultuous home life and his own smoldering anger while taking refuge in his music and his steamy love for sexy Apollonia Kotero. Prince and the Revolution scorch with “Let’s Go Crazy“, “I Would Die 4U“, “When Doves Cry” and the title song in what Rolling Stone calls “the smartest, most spiritually ambitious rock-’n’-roll movie ever made.” New 2016 1080p HD master.
Special Features:
· Commentary by Director Albert Magnoli, Producer Robert Cavallo and Cinematographer Donald E. Thorin
· First Avenue: The Road to Pop Royalty: Visit the Nightclub Where Prince Started
· Purple Rain Backstage Pass: Behind the Scenes
· Riffs, Ruffles and a Revolution: The Impact and Influence of Purple Rain
· MTV Premiere Party Original Broadcast
· 8 Music Videos: Let’s Go Crazy, Take Me With U, When Doves Cry, I Would Die 4 U/Baby I’m a Star, Purple Rain, Jungle Love, The Bird and Sex Shooter
· Trailer 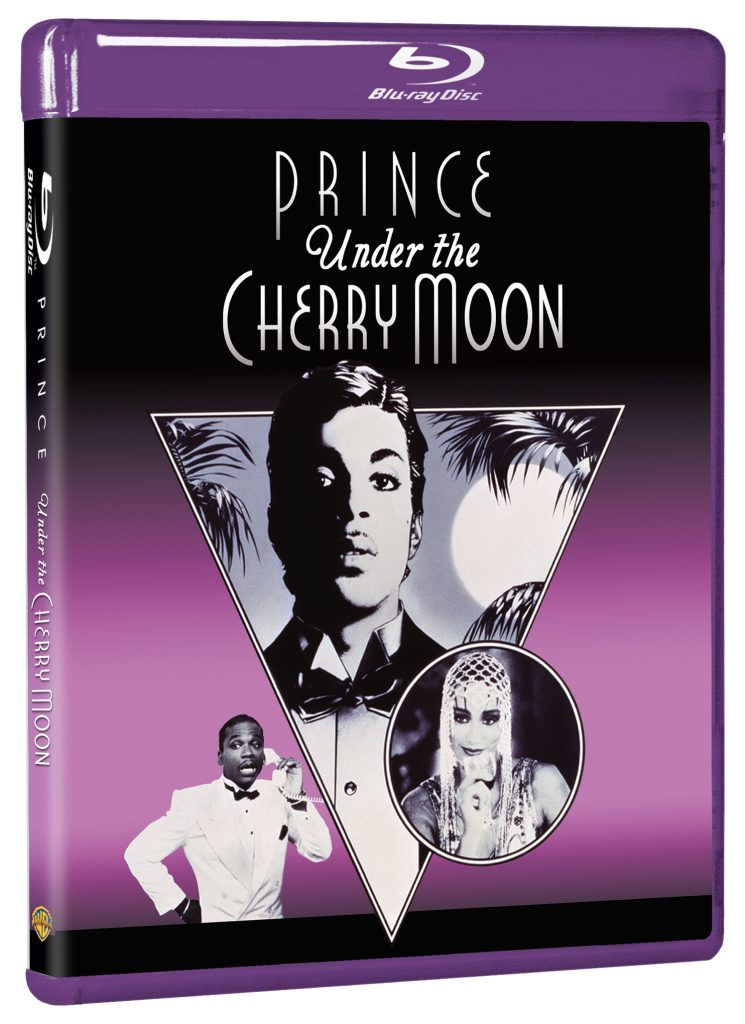 ‘Under the Cherry Moon‘ (1986)
His Purple Rain took the movie and music worlds by storm. Now Prince stars – and makes his directorial debut – in his lavishly playful second film, Under the Cherry Moon. He plays an American musician living with his pal (Jerome Benton) on the French Riviera and on the bank accounts of bored divorcees. The next object of his affection is a lovely and spirited young heiress (Kristin Scott Thomas in her movie debut). He doesn’t count on confronting the girl’s enraged father (Steven Berkoff). And he certainly doesn’t count on falling in love. But with Prince in charge, you can definitely count on exciting music, shimmering costume, production design and style to burn. This Moon shines! New 2016 1080p HD master.
Special Features:
· Trailer 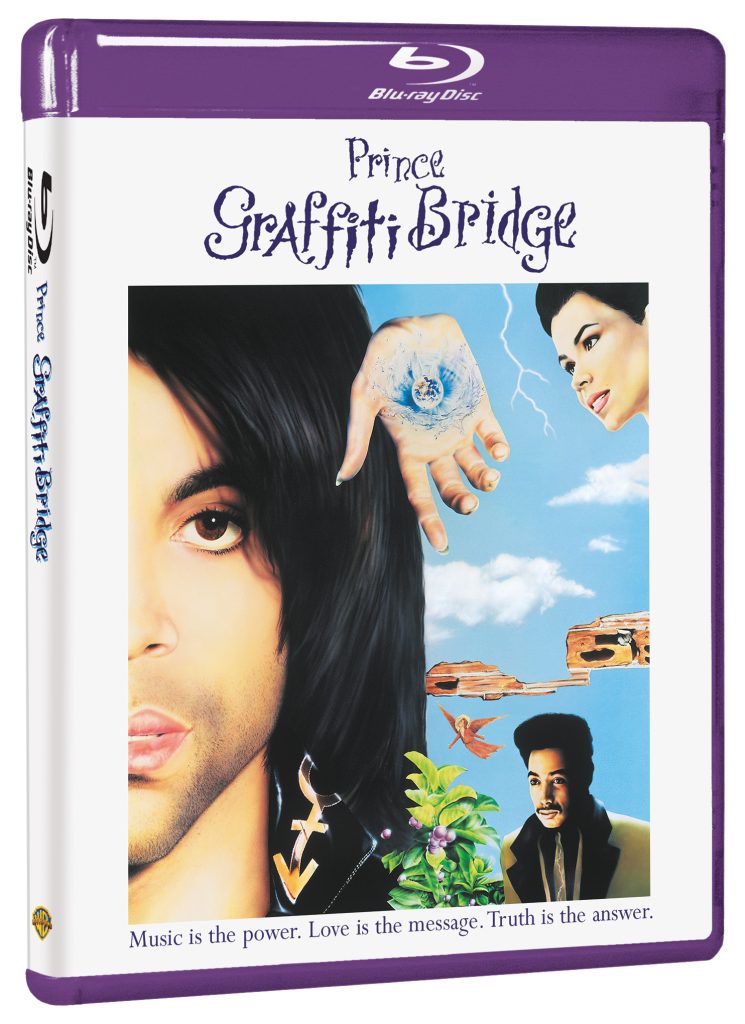 It’s got that Purple Rain feeling through and through. And it’s got The Kid, too! For the first time since Purple Rain, Prince is back as The Kid. And where he goes, there’s music! With “Thieves in the Temple“, “New Power Generation“, “Elephants and Flowers” and more red-hot Prince tunes from the Platinum-selling Graffiti Bridge soundtrack. What time is it? Party time! Morris Day and the Time play “Release It, Shake!” and more. And you’ll also see and hear George Clinton, Tevin Campbell, Robin Power, Mavis Staples and other hot performers, too.Graffiti Bridge is where the movie meets the music. Cross over on it now! New 2016 1080p HD master.