‘Mr. Robot’ Has Been Renewed For Season Three!!! 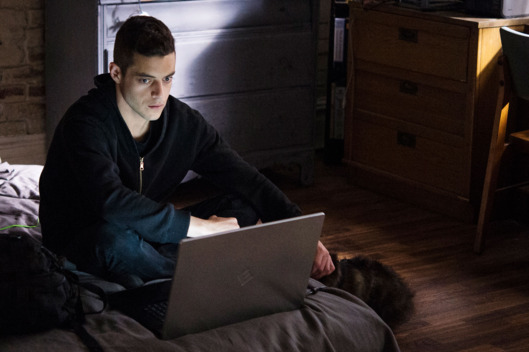 If you haven’t watched ‘Mr. Robot‘ yet, then you’re missing out on an incredibly addictive series. I’m not the only one to think this way, as USA has given the go-ahead to a season three of the series starring Rami Malek. Malek began his career with a few bit part character performances in ‘Gilmore Girls‘ and ‘Over There‘ before making a splash as Ahkmenrah for ‘Night at The Museum‘ and it’s sequels.

You can look for season three in 2017, but we don’t know how many episodes ‘Mr. Robot‘ will have. Season two expanded to 12 episodes where season one only had 10. It’s no surprise that a season three gets the nod as the second season was  granted a few hours ahead of it’s premiere.

It’s no wonder the network is eager to keep more ‘Mr. Robot‘ coming, it’s an awards magnet. It became special as the first USA Network original series to earn an Emmy nom for best drama series, the show claimed two Golden Globes, three Critics Choice TV Awards, a Television Critics Association award and a Writer’s Guild of America award for best new series. Even with all the acclaim, the powers that be only see the series running for a max of five seasons. The plan is to go out on top and without letting the project become stale.