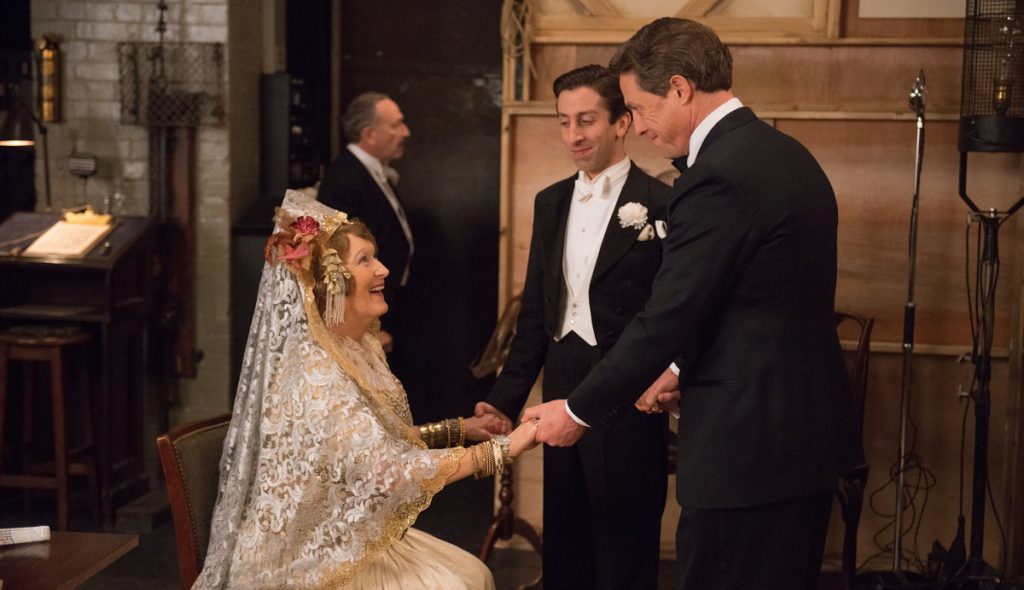 In the year 1944, many loved a major patron of the arts in New York’s high society, Florence Foster Jenkins (Meryl Streep). However, music was by far her prized treasure. She had a heart that could hold the whole world. At her side is her loyal beyond measure husband, St. Clair Bayfield (Hugh Grant). St. Clair shields Florence from the harsh world. Along for the ride is a prodigy pianist and composer, Cosme McMoon (Simon Helberg) who produces such beautiful melodies that move like air and touches the deepest parts of the spirit like water. Together they seek to make Florence’s life a fairytale. Its not as hard as you may think; she’s loaded. 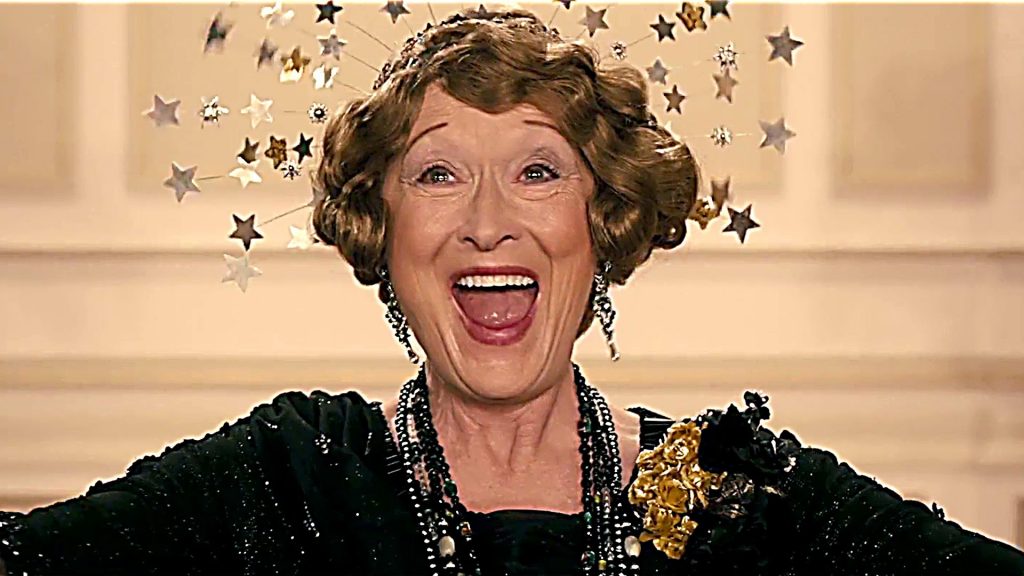 The epitome of acting ability, Meryl Streep, does not disappoint. She doesn’t pretend to be a character, she transforms into the character. Streep no holds barred is a wonder to behold. I first witnessed Streep’s skill in She-Devil (a ditzy man trap) and Postcards from the Edge (crazy addict) two vastly different characters. Viewers believe her performance no matter the role. By far one of my favorites is The Devil Wears Prada! That’s all. <wink>

The surprise for me came with Simon Helberg. His portrayal of McMoon almost stole the show for me. His reactions to what was happening around him were priceless and the viewer becomes anxious to see when his dam will burst, excellent comic relief. The transformation from his appearance on The Big Bang Theory was so complete. I just realized that he was on the show. Wow!

The experimental angles used in the cinematography great and punched up the narrative, sometimes reminiscent of Busby Berkeley or Guillermo del Toro, such a fun presentation. Way to go Stephen Frears!  Perhaps if the real Florence could watch this film, she would enjoy the spectacle, too. Florence Foster Jenkins is also a big bait and switch. I won’t say why, experience the film for yourself. Overall, the highs were SO high, but lows will break your heart. I thoroughly loved Florence Foster Jenkins. I’ll leave you with a quote from the film, “People may say I can’t sing, but no one can ever say I didn’t sing.”  Sing us a song from Heaven, Florence, because you are an angel.