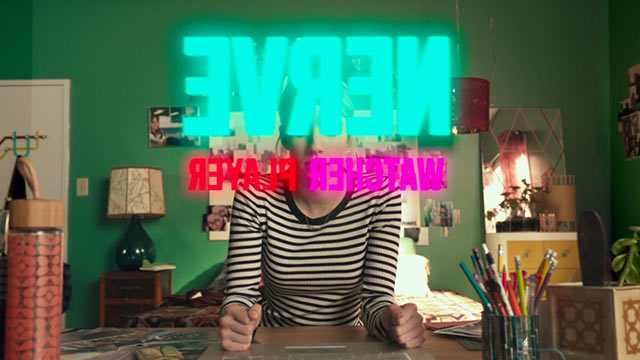 To quote Marianne Williamson, Author and Lecturer: “Our deepest fear is not that we are inadequate. Our deepest fear is that we are powerful beyond measure. It is our light, not our darkness, that most frightens us. Your playing small does not serve the world. There is nothing enlightened about shrinking so that other people won’t feel insecure around you. We are all meant to shine as children do. It’s not just in some of us; it is in everyone. And as we let our own lights shine, we unconsciously give other people permission to do the same. As we are liberated from our own fear, our presence automatically liberates others.”

NERVE illustrates this quote well. Case in point Venus DelMonico (Emma Roberts), brilliant photographer trapped in the petrified sidekick role. Or is she? Logging into her computer and pass the James Franco headline (thought I didn’t see that, huh?), Vee receives an NERVE invite. NERVE, an online dare game just might hold the key to her life or her death. Each person has to choose to be a Watcher or a Player. The Watchers pay, the Players get paid. Watchers challenge Players with dares. Vee’s first dare is to kiss a stranger, enter Ian (Dave Franco, yep James’ lil bro, actually not so little. Whew!). Society uses the anonymity of the Net to be cruel, dismissive, and at times downright evil, and this holds true in real life. The dares escalate to the extreme. Man, they can be brutal. Only three options: Complete, Fail, or Bail. 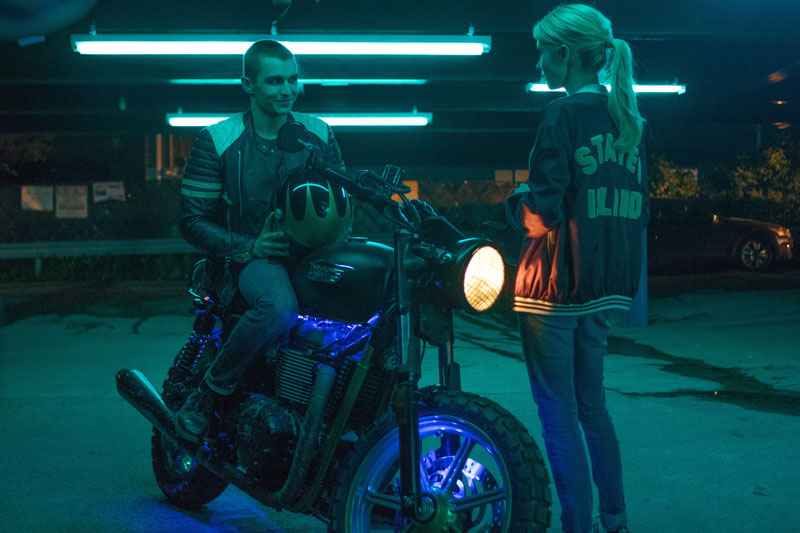 I’ve not been a fan of Roberts since she was Young Kristina Jung in Blow. I’ve seen Roberts in Scream 4 and the TV series American Horror Story. However, I cannot deny that when she sets her mind to play a witch, she exceeds my expectations. In NERVE, for the first time, I enjoyed her performance. It actually made me rethink my opinion of her ability as an actress.  Franco has slowly grown on me ever since I saw him in Warm Bodies and Now You See Me (thus far my fave). In NERVE, Franco is hot and possibly better at acting than his older brother. A nice surprise was Hacker Kween (Samira Wiley, Orange is the New Black). As Poussey Washington in Orange is the New Black, I found Wiley to an exceptional actress. Though her part in NERVE is small, her performance is noticeable.  Also, I loved seeing Juliette Lewis as Robert’s mother.  I have watched Lewis since My Stepmother Is an Alien. Lewis is real and she knows how to bring the soul of a character to life as was evident in National Lampoon’s Christmas Vacation, What’s Eating Gilbert Grape, Natural Born Killers, The Basketball Diaries, Strange Days, From Dusk Till Dawn, The Other Sister, Enough, Whip It, etc. Lewis is so good that I cannot choose a favorite. I hope to see more of her in years to come. Again Lewis’ part in NERVE was small, but impactful.

Overall, I enjoyed the thrill adventure that is NERVE. The film provides a great adrenaline rush, experimental cinematography (aside from quick pans and tilts far too speedy), and an exhibition of next level tech. Great plot structure despite the few narrative holes. The team of Henry Joost and Ariel Schulman directed NERVE as they did Paranormal Activity 3 and Paranormal Activity 4. NERVE comes off as the demon child of The Net and Hackers. A few laughs and cool shots and special effects made for an exhilarating ride. I do not know how this film got a PG-13 rating. Actually, I do, but I don’t think the MPAA would like my opinion much. What is happening to film? I won’t tell anyone how to parent. It is time to protect, to the best of our abilities, our children (13-16 years of age). Ok, stepping off my soapbox. I left the theater pumped up and the feeling lasted for a while afterwards, too. Do you have the nerve to watch NERVE? (Interesting how a slight typo almost made me spell NEVER)  You won’t be disappointed.

WATCH IT, I DARE YOU!

Your friendly but straightforward film critic