Before You See ‘Cell’ We’ve Got An Extra Clip For You!!! 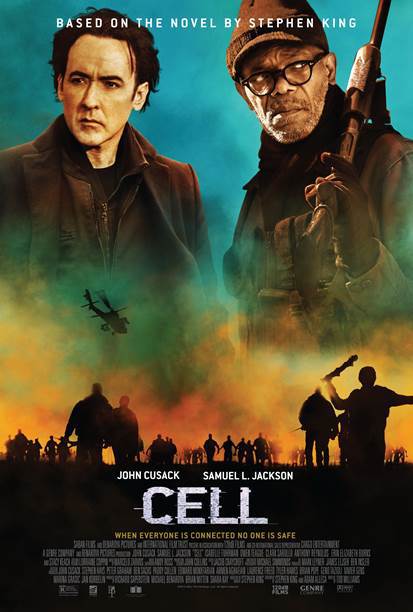 Stephen King properties are all unique and it’s always exciting when one project gets closer to debut on the big screen and sometimes, the trailers don’t give us enough to go on and we’re begging for more. If ‘Cell‘ is one of the movies you’re waiting for, we’ve got an extra clip to show you, originally shown on Fangoria.

Director Todd Williams takes the chaotic and terrifying premise King introduced and cast John Cusack, Samuel L. Jackson and Isabelle Fuhrman with Stacy Keach in ‘Cell‘. The story is a scary one for sure, what if our cell phones began emitting a signal turning us into rabid killers? That’s the story being told through the main character Clay. He witnesses the mayhem and begins a frantic and desperate search for his wife and son.

It’s worth noting that a similar method of creating killers was used in the film ‘Kingsman: The Secret Service‘ which featured Jackson, as well.

The film is available now on Ultra VOD and hits theaters Friday.