‘Battlefield’ Being Adapted To TV Series!!!

In more video game adaptation news, Paramount TV and Anonymous Content have the rights to the crazy popular ‘Battlefield‘ game with an eye towards turning it into a TV series. ‘Battlefield‘ encourages players to fight their way through epic battles going from tight urban combat in a besieged French city to big open spaces in the Italian Alps or frantic combats in the Arabic sand dunes. Experience large-scale battles as infantry or piloting vehicles on land, air and sea, from the tanks and bikes on the ground, to bi-planes and gigantic battleships. Gamers get to experience what it’s like being dropped behind enemy lines, encountering large playing maps and relying on teamwork to succeed. 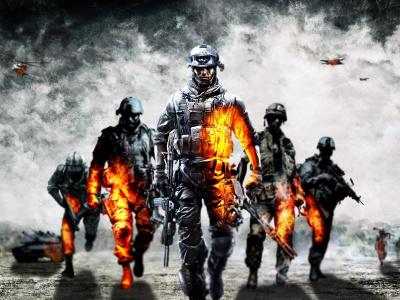 There are more than 60 million players from all over the globe beginning in 2002. It was developed by EA Dice and published through Electronic Arts. It may sound like a no-brainer for a series and has a built in fan-base, but Fox had rights to the property in 2012 and attempted to develop ‘Battlefield: Bad Company‘ to TV series, but it never made it to the screen. Hopefully Paramount TV and Anonymous Content have better end result.