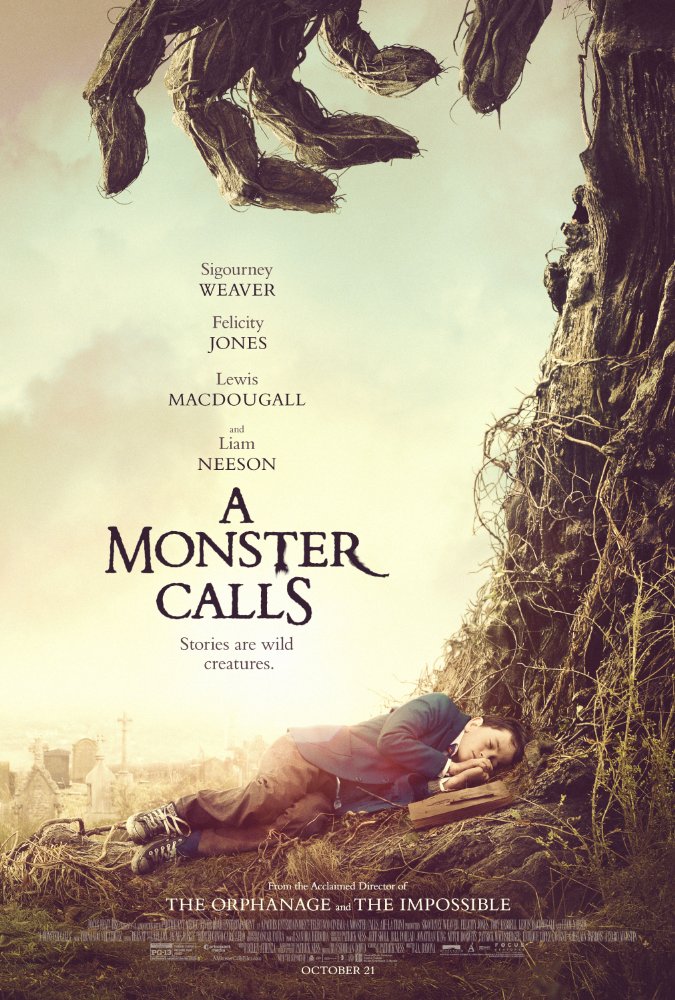 Liam Neeson, Sigourney Weaver, Felicity Jones and Lewis MacDougall star in this adaptation of  the Patrick Ness novel of the same name. Director J.A. Bayona weaves a magical tale with a stellar cast, his next project on deck is an untitled sequel to ‘Jurassic World‘.The project debuts October 21, 2016 and we’ve got the first trailer for you.

The monster does not come walking often. This time it comes to Connor, and it asks for the one thing Connor cannot bring himself to do. Tell the truth. This is a very touching story about a boy who feels very damaged, guilty and mostly angry. He struggles at school with bullies, and pity looks from everyone, and at home with his mother’s sickness. Will Connor overcome his problems? Will everything be okay? Will Connor be able to speak the truth?