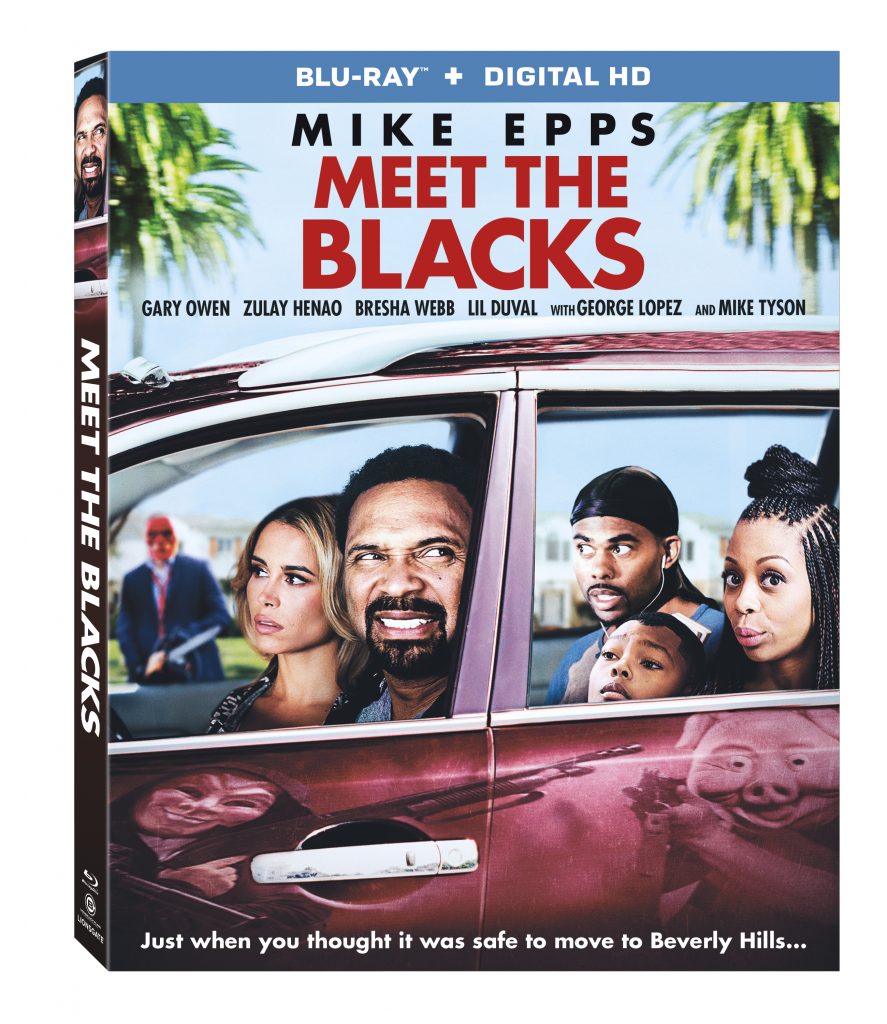 Lionsgate and Codeblack Films is bringing ‘Meet The Blacks‘ to various formats on August 2nd. If you loved watching the Black family trying to settle down in Beverly Hills during the annual purge, you’re definitely going to want to pick this up so you can watch it anytime you want to. Blu-ray, DVD, On Demand and Digital HD will all be available on the same day instead of digital coming out a few weeks before, as is the norm.

The Black family is getting out of Chicago in hopes of a better life. After Carl Black (Mike Epps) comes into some unexpected funds, he takes his family and leaves the hustling lifestyle behind for something better. Carl, his new wife Lorena (Zulay Henao), son Carl Jr., daughter Allie Black (Bresha Webb) and cousin Cronut (Lil Duval) pack up and move to Beverly Hills. Turns out, Carl couldn’t have picked a worse time to move. They arrive right around the time of the annual purge, when all crime is legal for twelve hours.