If You’re Looking For A Visceral Film Experience – Pick Up ‘Bite’ In August!!! 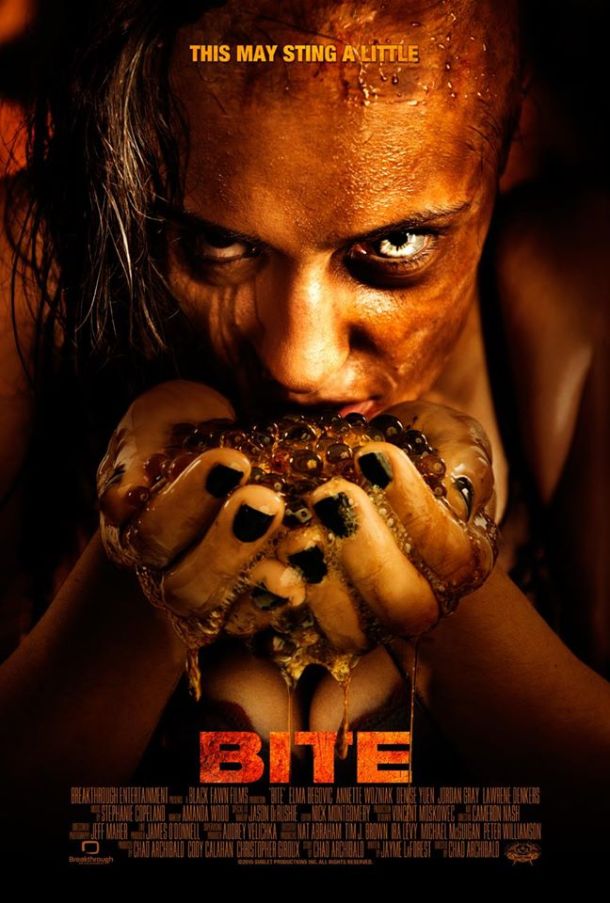 ‘Bite’ is one of the most disgusting films in recent memory and is making it’s way to blu-ray and DVD in August all from our friends at Scream Factory. The skin-crawling story of one woman’s terrifying experience will be at your fingertips so you can gross out your friends again and again.

August 2, 2016 is the day ‘Bite‘ will be ushered into home theaters everywhere, don’t miss the chance to feature the film in yours!

While on her bachelorette party getaway, Casey, the bride to be, gets a seemingly harmless bite from an unknown insect. After returning home with cold feet, Casey tries to call off her wedding but before she’s able to, she starts exhibiting insect like traits. Between her physical transformation and her wedding anxiety, Casey succumbs to her new instincts and begins creating a hive that not only houses her translucent eggs, but feeds on the flesh of others. As her transformation becomes complete, Casey discovers that everything can change with a single bite. Starring Elma Begovic, Annette Wozniak, Denise Yuen, Jordan Gray, Lawrene Denkers, Barry Birnberg, Daniel Klimitz, Tianna Nori, and Caroline Palmer.

Scream Factory is the place to go for all your scary movie needs. ‘Bite‘ comes from writer/director Chad Archibald and the project had a very memorable premiere at the Fantasia International Film Festival in Montreal winning an Audience Award after several viewers fainted and plenty of them vomiting. This film definitely produces a reaction and you’ll remember it for a long time.