Film Review: ‘I Dream Too Much’! 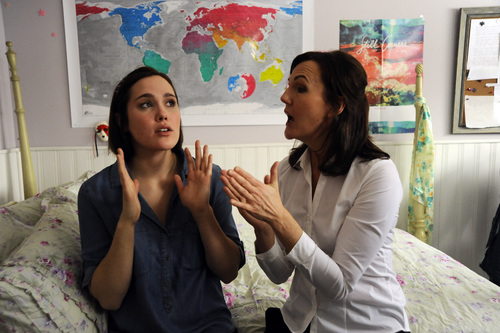 It’s not too often that we see a “coming-of-age” film that features an almost all female cast. Usually, the coming-of age movies center around boys or young men. If and when women are the center focus, it usually involves some sort of relationship or romance with a guy. Refreshingly and fortunate for us, Texas filmmaker Katie Cokinos flips the genre on its ear with ‘I Dream Too Much‘, which focuses on a college-bound young woman who discovers herself, while staying with her great aunt in upstate New York.

The film is lighthearted and easy going, with almost nothing at stake, but the dialogue between the college girl Dora (Eden Brolin) and her aunt Vera (Diane Ladd) is quite charming and fun. It worked for ‘Gilmore Girls’ and works here too. Cokinos puts the romance/relationship/drugs on the back burner here, and instead tells a story of Dora, who would rather be with her friends in Brazil before college, rather than have her overbearing mother force her into law school and to ace the LSAT. To escape the hell, Dora arranges an extended stay with her great aunt Vera (Ladd), who has just suffered a broken foot and needs help around the house.

I wouldn’t go as far as to say Vera and Dora hit it off very well. In fact, Vera is as cold as the bitter New York exterior at first, but it makes for some witty and funny dialogue between the two. Soon, Dora fins a few letters and diaries from Vera’s famous literary uncle who has passed, as Dora begins to spark some new life into her creative mind and soul. She even has visions and dreams in the style of Jane Austen from time to time, which this movie has a ton of references too as well. It’s quite a charming film with some fun characters and decent dialogue. 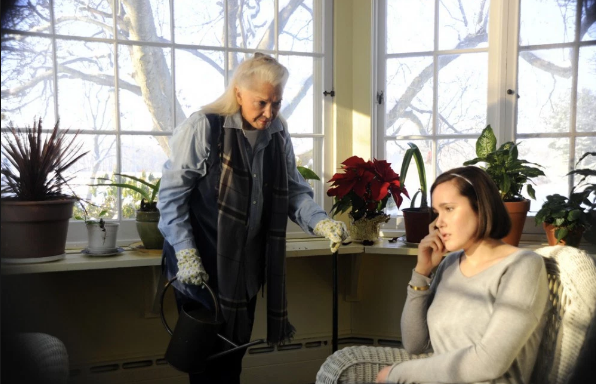 There are some musical and funny moments when Dora meets Abbey (Danielle Brooks), who works at the local clothing boutique, and who wants to become a famous singer and get discovered by the big time music producer who lives in town. All these characters in their own way help Dora find her creative and expressive self, and it’s a joy to watch, despite that there’s just not a whole lot that happens, besides some great character transformations and development, along with some solid, witty dialogue.

Eden Brolin is a newcomer to the film world and she delivers a wonderful performance. She’s as cute as she is witty, and portrays a very realistic and likable young woman, trying to figure it all out. She’s one to watch out for in the coming months. Diane Ladd is of course amazing here and shows that she still has that incredible talent that she’s shown us for years now. ‘I Dream Too Much‘ is a solid film that’s easy to take in.