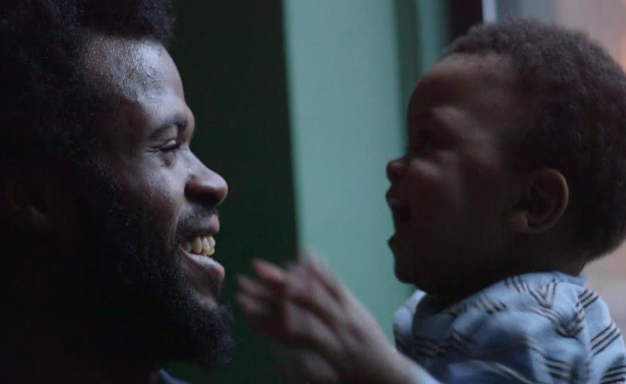 I’ve always had a dad. He’s always been there, both he and my mom actually. I can’t pretend to know what it’s like to have an absent father. My wife, however, had a decent amount of detachment from her father. I know her pain through her expressing those feelings and emotions. I get the idea of not having a father in that vein, but only in that vein. It’s truly unimaginable. Being a dad, myself, at this point, I can’t imagine leaving my son. I simply can’t take the thought of him not having me as a part of his life. Understand, that’s not a boast in any capacity, other than just being a proud father, but he loves me. He loves my wife just as well. The thought of him losing either of us, who care most and love him most… It’s paralyzing. ‘Daddy Don’t Go‘ shows us the same thing by following the lives of four underprivileged fathers in New York City, and their fight to remain [good] in their children’s lives against all odds. Each one has a different story and background, but they all equal in heart. Over the course of two years, we see stories and situations progress and some end up seemingly cyclical.

Nelson is a 26-year old former Latin King in the South Bronx. He’s a father of three, two of which are from his girlfriend’s former relationships. He’s taken on the role of dad, and he’s taken it on well. With a 45% jobless rate in his area, finding a job isn’t an easy task. Coming from the background he has with drugs and gangs, he’s got his sights on the best life possible. His story is one a bit more harrowing, not so much in results but in his positive spirit towards success for he and his family despite the odds. 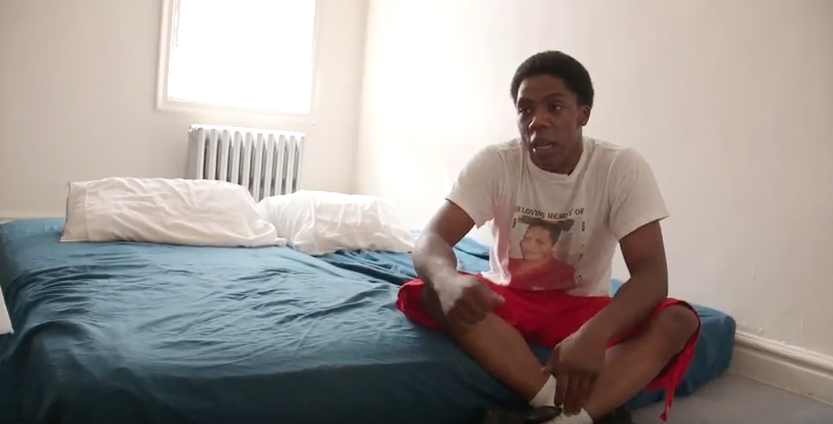 On the opposite side of the bronx, we meet Omar, a 34-year old with three kids. His disadvantages go quite a bit deeper than the normal underprivileged scenario. He and his oldest daughter, Milagros, suffer from disabilities. Both are aligned with ADHD; however, he situation is much thicker and darker ending in mental health facilities at points. Omar maintains a positive attitude, but the hits keep on coming from a break-up, loss, and government involvement based upon timing and responsibilities.

In Long Island, we find Roy, a 28-year old, and his toddler, Caiden. Roy’s past has prison time and the record to match, despite the ground he’s gained in life. His story, still, is probably the most encouraging. Living with his parents, he’s got a bit more structure than the other guys at hand. Caiden’s mom is still somewhat in the picture but without much control. He attends a guidance program for disadvantaged dads and seems to e making quite a bit of way with the hope of moving them out to their own place while working two jobs.

The final father met is Alex. His is the more difficult story to watch. Before his son, Alex Jr., entered the world, he got in trouble with the law, so he has a more recent troubled history that will interfere with his fathering. Attending school to be an automotive mechanic, there’s a silver-lining and visibility into this desire to do better and be better while living in old, run down shelter. We’re taken through the consequences of accusation with the crime and get some encouraging sight into what can be done from a correctional avenue.

This documentary came at a rather opportune time with the holiday considered. It makes me appreciate, all the more, my VERY privileged life, both past and present. For me, it goes beyond good choices. I was raised in a good home. We had what I thought were problems; we have what I think are problems. This film puts it in perspective. Better, these men, their lives and desires, put my living and ambitions in perspective. I appreciate my dad for who he is and what he’s done, and the same goes for my mom. I’m forever grateful that the sacrifices they’ve had to make are the only sacrifices they’ve had to make. I believe one of the many messages in this film is to give insight into that point of view, where it really hits home.

Additionally, the film begs to question how situations like this can be kept from spiraling out of control any more than they already have. Also, how do we keep the same from being the story of the children involved? To say the attitudes and hopes of Omar, Roy, Nelson, and Alex are positive would be an understatement.  That’s a spirit to hold on to in our own lives. These stories show that the term “deadbeat” is not absolute for disadvantage dads. Our situation doesn’t make us. Our response to adversity does. These men emit a very bright light that should encourage any viewer in any stage or circumstance in life.

Recommended and Happy Father’s Day, all.