‘The Adventures Of Panda Warrior’ Will Be Confusing Everyone in August! 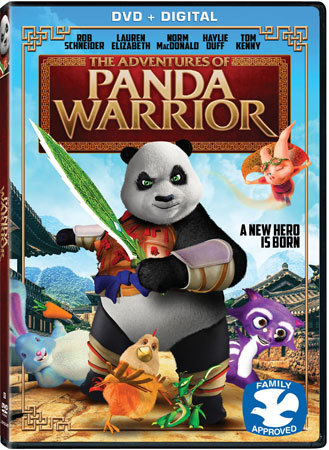 Rip-offs are never as good as the original, whether we’re discussing, a pair of not-so Jimmy Choos, your stylish almost Dior handbag that is stamped proudly with lettering that flakes off after a few days use because it isn’t quite top brand quality, also that bag will begin unraveling at the seams, so avoid it, and invest in quality. No, I don’t believe that the manufacturer producing knock-offs is unaware of their similar product to one that cost 8 times as much as theirs, they’re shady AF and purposely going after a devoted customer base because it’s easier to steal customers than to cultivate your own. I don’t believe knock-offs only exist in the fashion industry. The entertainment industry has their own versions of the act.

One of my kids used to love the ‘Alice in Wonderland‘ movie, not the Disney toon, but the cartoon depicted Alice in a very similar outfit, down to the black ribbon in her hair, but what appeared on screen, was definitely NOT Alice. She was flat, not life-like at all, and all the companions she encounters on her trip through Wonderland were not the fruit of the animation team’s collective LSD trip, they were worse. Too bright, too ugly, just too much not the right Alice. I know you know what I’m talking about, the films that you find near a checkout register in super slim cases that look like the Disney film-list is on sale for only $2 but once you start looking, they’re all just wrong.

I took that time to tell you that it seems ‘Kung Fu Panda‘ is the next victim of the cheaper, get-this-crap-out-as-fast-as-you-can ex-lax method of film production. This one comes from China and Lionsgate is giving it a direct-to-DVD release. ‘The Adventures of Jinbao‘ is the original name, but it’s Americanized counter-part is ‘The Adventures of Panda Warrior‘ and it will see release later this summer. The trailer is enough to show you that we’ve got another not quite right film, perfect for unsuspecting relatives that will only see the panda thinking “This is the right one and boy did I get out of this gift cheap!”

The proof for it’s quality won’t be found on a receipt, but on the screen and if you’re used to the subtle shading and brilliance we’ve all come to expect of DreamWorks Animation which makes the unreal just about as real as it can get, you’ll be disappointed. Leading the way in this flick is some surprisingly decent star-power. Rob Schneider is voicing the lead panda with Haylie Duff, Norm MacDonald, Lauren Elizabeth and Tom Kenny lending their vocal talents to the project.

When Patrick (Schneider), a peaceful soldier from ancient China, is magically transported to Merryland and turned into a Panda, he must join forces with Peggy the flying pig (Elizabeth), GoGo the daring goat (Duff), and King Leo the courageous lion (MacDonald) in order to free the once-peaceful world from the tyranny of the evil nine-headed snake that has enslaved them. If you’re a fan of crappy animation, check this out on August 2.