Pick Up Your Copies Of ‘Jeepers Creepers’ 1 & 2 From Scream Factory!!! 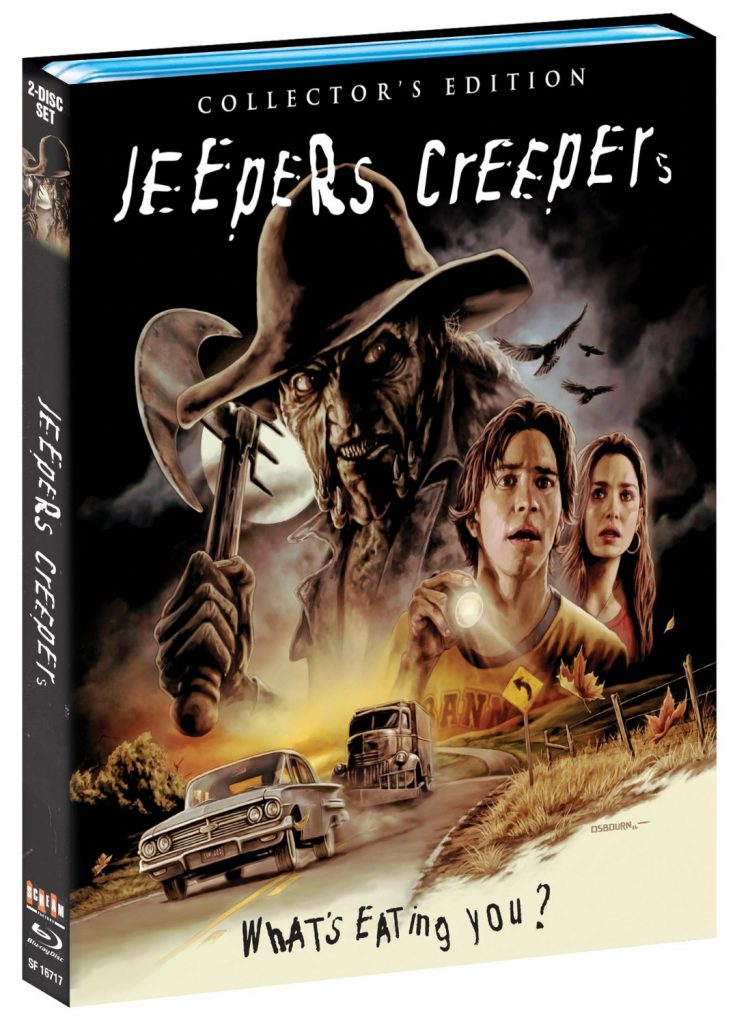 On June 14 Scream Factory will release the ultimate version of two horror movies that are a must-see for any true fan of the genre. ‘Jeepers Creeper‘ and ‘Jeepers Creepers 2′ collector’s edition set has tons of extras, some of which are never-before seen.

‘Jeepers Creepers‘ – On a desolate country highway, two homeward-bound teens (Gina Philips, ‘The Sickhouse‘ and Justin Long, ‘Drag Me to Hell‘) are nearly run off the road by a maniac in a beat-up truck… and later spot him shoving what appears to be a body down a sewer pipe. But when they stop to investigate, they discover that the grisly reality at the bottom of that pipe is far worse than they could have ever suspected… and that they are now the targets of an evil far more unspeakable – and unstoppable – than they could have ever imagined! 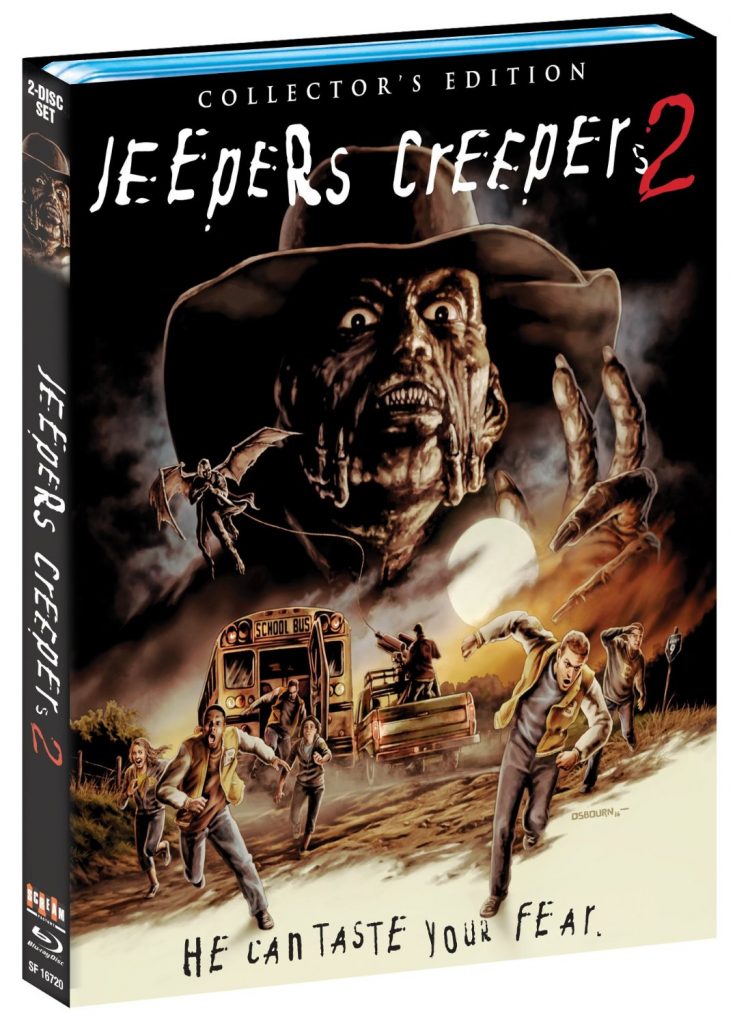 ‘Jeepers Creepers 2‘ –  When their bus is crippled on the side of a deserted road, a team of high school athletes discover an opponent they cannot defeat – and may not survive. Staring hungrily at them through the school bus windows, the “Creeper” returns again and again. But when the teammates discover that it’s selective about whom it attacks, it will test their ability to stick together – as the insatiable menace tries to tear them apart!