Nicolas Cage Stars In ‘The USS Indianapolis: Men of Courage’ And The Trailer Is Incredible!!! 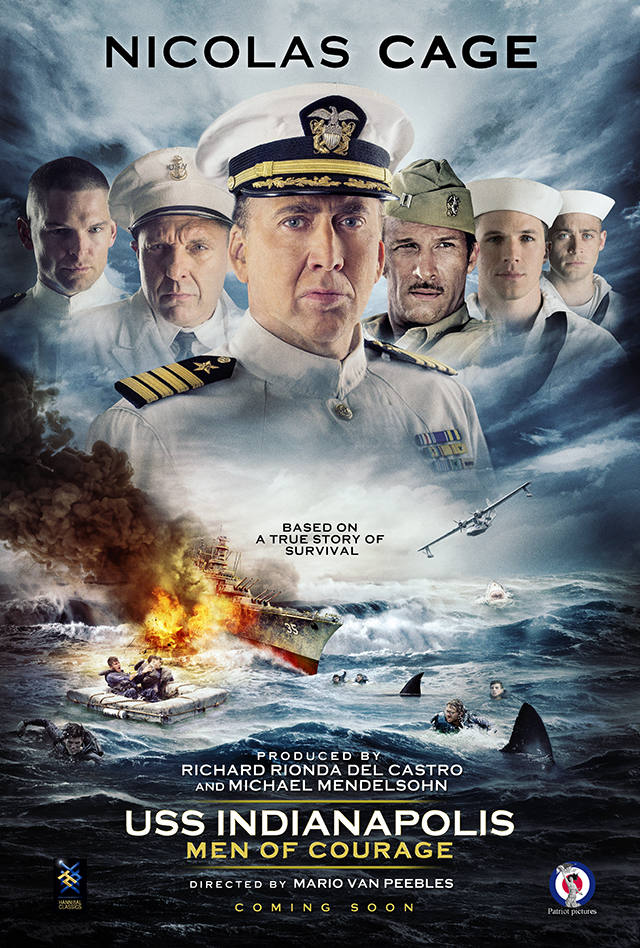 The trailer for ‘USS Indianapolis: Men of Courage‘ has officially arrived and this is one of Nicolas Cage’s movies that I have been really excited about. We still don’t have a release date, but the clip shows one hell of a tense thriller that will be worth the wait. Starring Nicolas Cage (‘National Treasure‘), Tom Sizemore (‘Saving Private Ryan‘), Thomas Jane (‘The Mist‘) and Yutaka Takeuchi (‘Letters From Iwo Jima‘) and is directed by Mario Van Peebles (‘Red Sky‘).

The harrowing true story of the crew of the USS Indianapolis, who were stranded in the Philippine Sea for five days after delivering the atomic weapons that would eventually end WWII. As they awaited rescue, they endured extreme thirst, hunger, and relentless shark attacks.