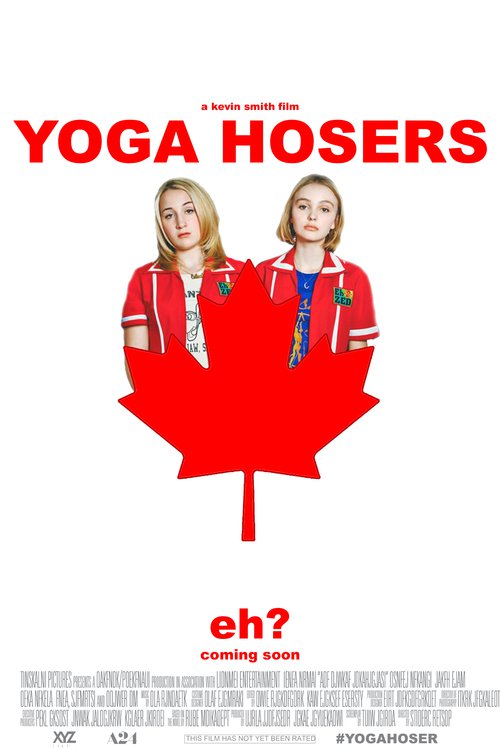 When superstar director Kevin Smith and the man of 1,000 faces, Johnny Depp, put their daughters in a movie together, you know it’s going to be one to watch. and it’s ‘Yoga Hosers’, especially with Depp taking on yet another persona to appear next to his daughter. This one looks very interesting. Justin Long, star of the first of Smith’s True North Trilogy – ‘Tusk‘, appears along with an all-star cast featuring Smith and his partner-in-crime Jason Mewes. The stars are the Colleen’s played by Lily Rose-Madder Depp and Harley Quinn Smith. We’ve even got another appearance by the legendary Stan Lee.

Set in the Great White North of Canada, ‘Yoga Hosers‘ tells the story of Colleen Collette and Colleen McKenzie – two teenage besties from Winnipeg who spend their lives doing Yoga with their faces in their phones, ‘Liking’ or ‘Not Liking’ the real world around them. But when these Sophomore girls are invited to a Senior party by the school hottie, the Colleens accidentally uncover an ancient evil, long buried beneath the Manitoba earth. This one hits theaters in the dead of summer, July 29, 2016.