Get on the Stick with ‘Mr. Robot’! 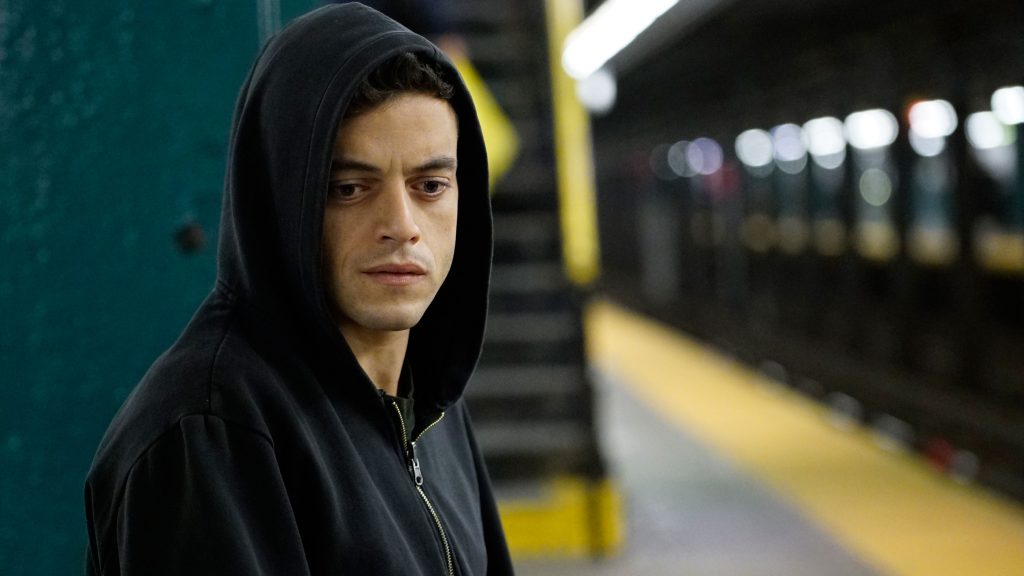 Hey there party goers! So it seems that us folks here at Get on the Stick are becoming quite the sensation! As a reminder, we bat cleanup and cover those things Boomstick just hasn’t given enough love to. Says who? Fair enough, just remember that this is a safe space, and strives to be spoiler free. So grab your trusty towel and DON’T PANIC, because we are simply here to amuse. If you feel like you may be in the early stages of hyperventilating… sit down and take a few deep breaths and keep reminding yourself that you are on a rock hurtling through the vast emptiness of space orbiting the sun at over 66,000 mph. The term “Get on the Stick” is all about getting to work, so no more blather… Let’s get to it!

Is this all in my head? Mr. Robot is so damn good. I mean it! This may be my first real obsession show since Lost back in the day. And differing from Lost, we have been repeatedly told by the show’s creators that there is an entire story that is in place and though about 4-­6 seasons we are all going to arrive at a cohesive ending that brings everything all together. Okay, this is exactly the same promise as what ‘LOST’ made. Like an addict, I am once again falling back into the same destructive pattern that left me stranded on that island with the Dharma Initiative. Mind you, I am not one of those folks that got all bent outta shape over Lost, as I knew I built the show up in my mind to an impossible standard that the final episodes could not live up to. I learned my lesson from Lost, and I promised myself to never get wrapped up in a show like that again. And then goddamn Mr. Robot knocked on the door… 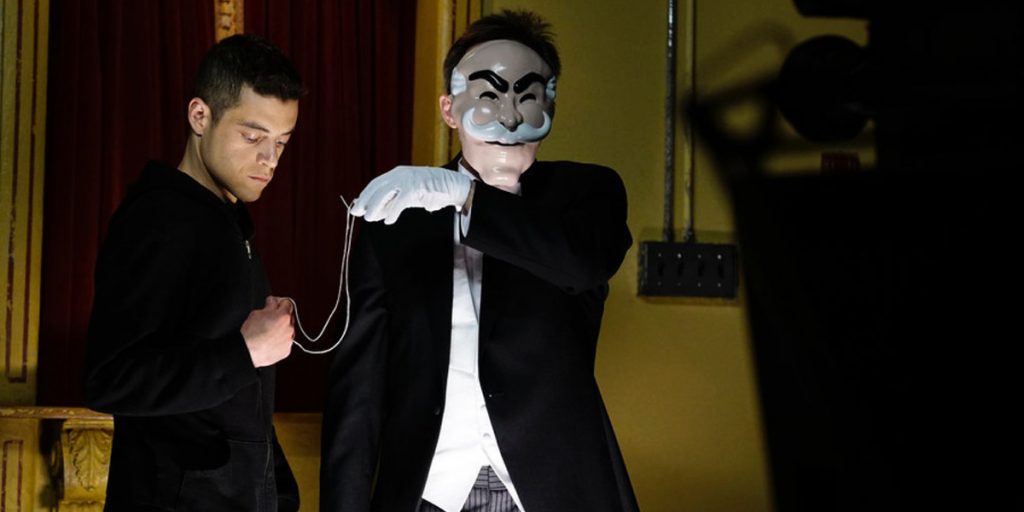 Season 2 of Mr. Robot begins summer 2016, and I have no idea where the show is going to go from here. It is unclear if any of the show is actually happening at all, or if it is all something different (ambiguity is intentional as I promised this would be spoiler free… and that I’m clueless… alright, it is mainly because I am clueless). The show has multiple themes running through it, but centers around mental illness, sex, drugs, violence, and computer hacking. This is one of those shows that I am confident has inside jokes and reveals if I understood hacking, but since I am a n00b I don’t know what to make of it. HACK THE PLANET!!!

Rami Malek. RAMI MALEK! Malek plays Elliot Alderson who is unassuming to a casual observer, and yet just under the surface is conflicted, ailing, and at times raging. Elliot is convinced that E Corp is evil, and as such he and a band of hacktivists set out to destroy the corporation by erasing all debt. Malek’s performance is refreshingly understated, which draws you in. For me, it’s a situation similar to when you catch yourself leaning in to hear someone whispering, which also consequently makes it all the more disturbing when they start shouting. All of the acting from the ensemble cast is great, and who couldn’t use more Christian Slater in their life. I’ve been down with Slater since renting Gleaming the Cube on VHS at the local grocery store! 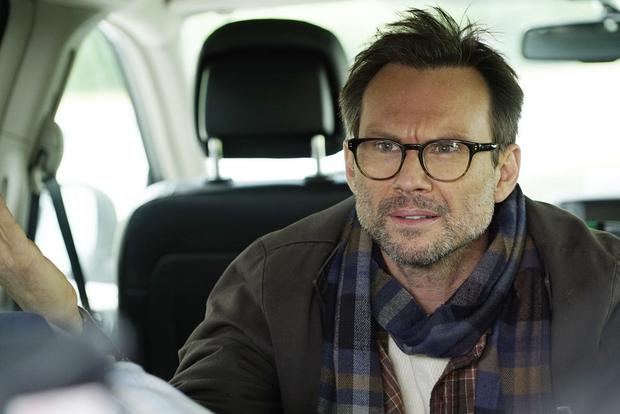 I would liken the film style to a more European sensibility, with unbalanced shots and an unashamed monochromatic approach at times. It’s thematic and moody, and there is a definite visual language to the show that may seem unusual to folks more accustomed to traditional American drama productions. But keep in mind, the cinematography of the show is as much a part of the storytelling as the writing. There are a few heavy handed music cues throughout the series that are overly obvious, which was slightly jarring considering that the show has such a consistently subtle hand otherwise. That being said, there is not near enough there to make a real issue of (though the trolls always work to find a way). I cannot recommend ‘Mr. Robot‘ enough, so get caught up and meet me at the water cooler to discuss your wacky conspiracy theories while I give you mine!

So now that you have heard from me, it’s time for you to Get on the Stick and watch this show!