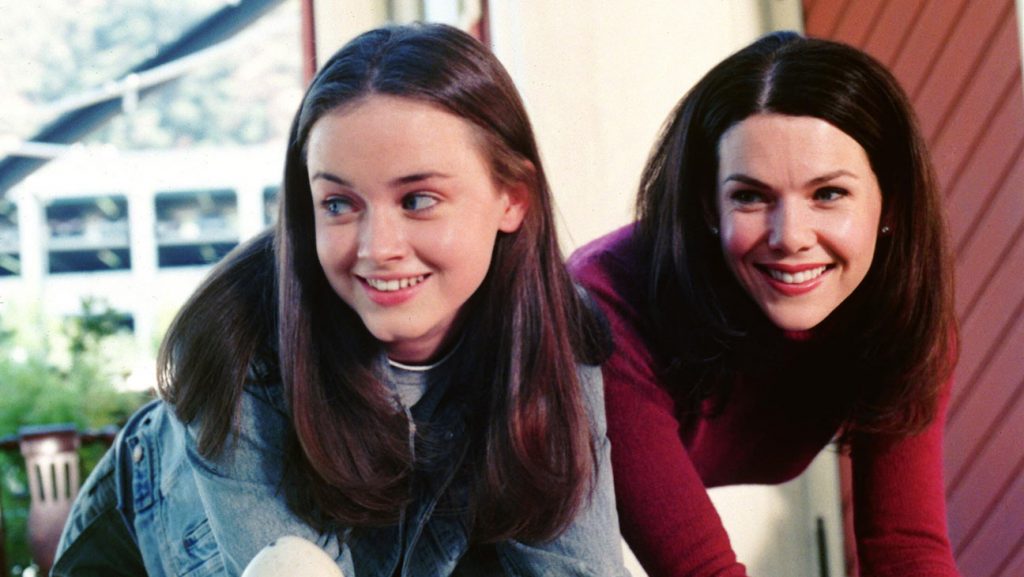 “I get no pleasure out of the prospect or the preparation. I’m covered in hives, I’ve showered four times, and for what? Some guy who doesn’t even have the brains to buy a Zagat so we don’t wind up in a restaurant that’s really just a front for a cocaine laundering ring?” The GEEK DEAL OF THE DAY is the Complete Series DVD set of ‘Gilmore Girls‘. This DVD set comes with a ton of bonus features, which you can see below. Unfortunately, this series is not on Blu-ray, and there are no plans for it to be released in high definition yet. Sure, the series is currently on Netflix, but it doesn’t have the xtras, and of course, at some point, it will leave Netflix. Point is, this set is so cheap right now, that it comes out to around $6.00 per season. You can’t beat that for one of the BEST shows on television. I’m a huge fan of the show and have watched it through several times. The characters are just so likable and the dialogue and writing are incredible. Take advantage of this AWESOME DVD set, because it won’t last long.

SPECIAL COLLECTOR’S SET INCLUDES ALL EPISODES FROM THE SEVEN SEASONS, AND ALL BONUS MATERIAL FROM THE SEASON SETS: – Welcome to the Gilmore Girls: First season making of documentary – Gilmore Goodies & Gossip: Onscreen factoids for 3 episodes – On-screen Gilmorisms as coined by the show’s creator on 2 episodes – Additional Scenes – A Film By Kirk – International Success: How other countries welcome the Gilmore Girls – “Who Wants to…” montages for 6 seasons – Revealing Cast Documentary – All Grown-up Stories of Childhood Experiences – Our Favorite 80s: Favorite Era Dance Moves of the Cast – Stars Hollow Interactive Trivia Map – Creator/Producer Commentary on “You Jump, I Jump, Jack” – Gilmore Turns 100: Taking Stock on Reaching Five Years and 100 Episodes – Behind the Scenes of the 100th Episode – Gilmore Fashionistas- Featurette about the changing style and fashion of the show – A Best Friend’s Peek Inside the Gilmore Girls with Keiko Agena – Kirk’s Town Tour