Dwayne ‘The Rock’ Johnson will take on a ‘Skyscraper’!

I think Dwayne ‘The Rock’ Johnson is going for a world record to star in the most movies ever, because he has signed on to star in yet another film. It’s really not shocking that it will be a big budget action-movie, but this one will be set in China and be called ‘Skyscraper‘.

By the title alone, I imagine you can figure out what it’s about, but the studio is being quiet on that front, but according to THR, it might be a mix of ‘Die Hard‘ and ‘The Towering Inferno‘, which has The Rock’s name written all over it. The film will be directed by Rawsom Marshall Thurber, who just directed The Rock in the upcoming ‘Central Intelligence‘ movie. Yes, the film will be shot in China to boost a bigger international audience for more money, which is a trend we will see increase over the next few years. 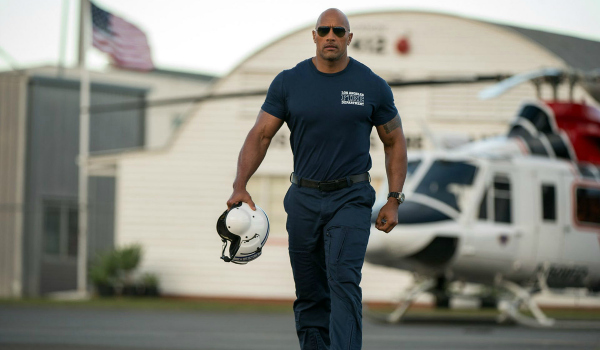 There was a bidding war between movie studios for this film with Legendary ultimately winning with a whipping $3 million offer for just the screenplay. Basically, Legendary just gave the People’s elbow to everyone else and won. Until ‘Skyscraper‘ is ready to come out, The Rock has like a dozen movies in addition to some sporadic WWE appearances, including ‘Jumanji‘, ‘Fast 8‘, ‘Central Intelligence‘, ‘Moana‘, ‘Rampage‘, ‘San Andreas 2‘, ‘Doc Savage‘, ‘Shazam‘, and the remake of ‘Big Trouble in Little China‘. That list is INSANE!

We will have more info as it comes available.