Will There Be More ‘Dredd’ For Fans? Karl Urban Hopes So!!! 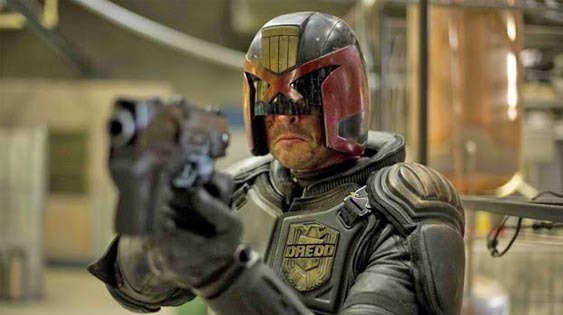 Karl Urban ignited fans’ enthusiasm in the last week or so with his tweet about more Judge Dredd. During an appearance at the Calgary Comic and Entertainment Expo, the actor let fans know that “conversations are happening” about bringing back ‘Dredd’.

If you’re a fan of Karl Urban and his ‘Dredd‘ remake, I bet you’d like to see some more, right? Well, Urban is game for bringing more to the fans and he’s looking for a platform to host, it would appear. Urban Tweeted his willingness calling out a couple of streaming sites he thinks would be a good fit.

Urban starred in the 2012 film that didn’t do quite as well at the box office as it should have based on reviews and many fans hoped the flick would be the beginning of a franchise, as of last year the screenwriter, Alex Garland broke their hearts claiming no sequel in the works or planned.

The fans have been petitioning for a series based on the success of comic serials that are prolific with decent numbers and a growing fan base. Now those fans have gotten Urban on their side. Nothing is planned, but it was a curious situation before with fan chatter, but now that Urban’s on their side, who knows what will happen.