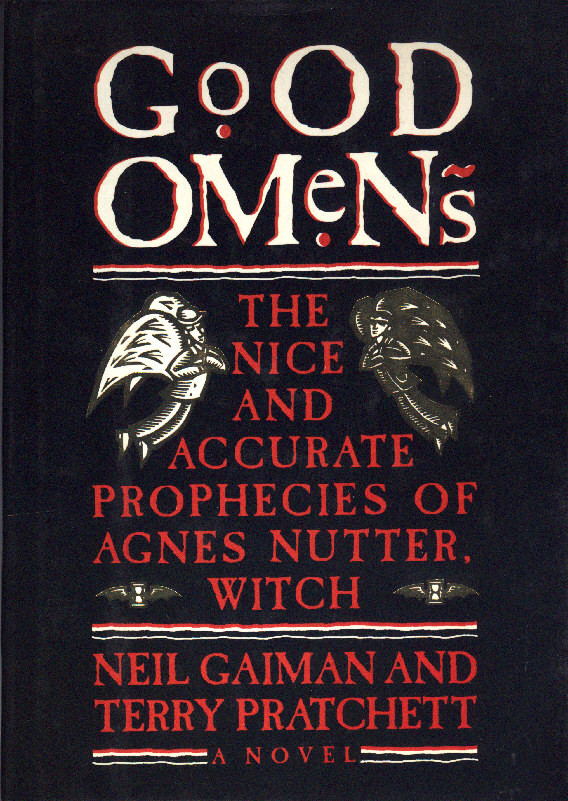 Life and death, witches and demons, the antichrist, angels and secrets surrounding the end of the world. They all have one thing in common, you’ll find all of them in the pages of ‘Good Omens‘ by Neil Gaiman and the late Terry Pratchett. This isn’t a book review, because I’d need way more space and time than you’d be willing to give me, but this IS a flaming awesome announcement about said novel. It’s coming to TV!

If you’re a fan of the authors, you’d know that in 2015 when Pratchett passed away, Gaiman swore he would never do anything with that property because the two worked together on everything and he would not go it alone. So what changed his mind? A letter from Pratchett that was meant for Gaiman only after his death, where he asked the remaining co-author to do an adaptation without him.

So what are we, the fans in for? a six-part TV adaptation of ‘Good Omens‘, or using the full title ‘Good Omens: The Nice and Accurate Prophecies of Agnes Nutter, Witch‘ 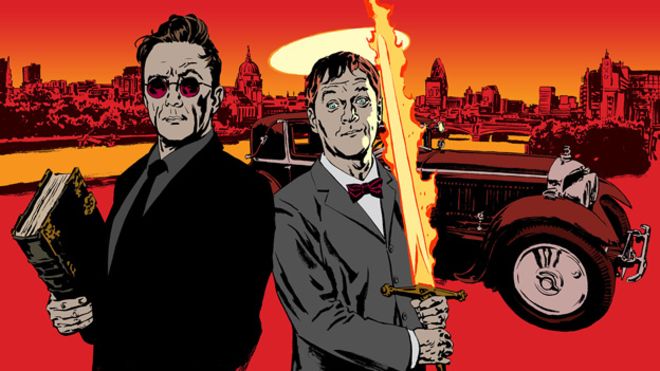 Wikipedia gave a great brief summary of the story, so I’m using it here. The book is a comedy about the birth of the son of Satan, the coming of the End Times, and the attempts of the angel Aziraphale and the demon Crowley to sabotage the coming of end times having grown accustomed to their comfortable surroundings in England. A subplot features first, the mixup at the small country hospital on the day of birth and the growth of the Antichrist, Adam, within the wrong family, in the wrong country village and secondly the end-times summoning of the Four Horsepersons of the Apocalypse each a big personality in his/her own right.

The fact that this was a special request from the beyond to begin with, means this will be given a lot of attention and a lot of heart from the remaining co-author. I imagine he’s going to agonize over decisions he would have made with his partner and second-guess himself a million times before the completed project is aired.

I’m so exhilarated that this project is happening. I can’t wait until they get to the casting though. I know my thoughts on a few of the characters and I’ve probably seen too much ‘Supernatural‘ but I’ll be damned if Mark Sheppard wasn’t who I pictured as Crowley when I read it. The Omens Crowley seemed very similar to the SN Crowley and the internet has cast it’s own version of angel and demon and I can’t really say I disagree with it – Tom Hiddleston and Benedict Cumberbatch? I’d pay to watch that! 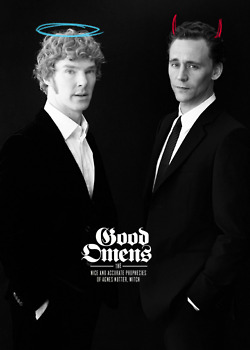