I had the distinct pleasure to talk with the writer/director/actor that is known as Diego Luna about his new film ‘Mr. Pig‘. Who is Diego Luna, you ask? He was in ‘Y Tu Mamá También‘, ‘Elysium‘, ‘Open Range‘, The Terminal‘, and ‘Milk‘ to name only a few films. Oh yeah, he’s also starring in the upcoming ‘Star Wars: Rogue One‘ film, coming out later this year. 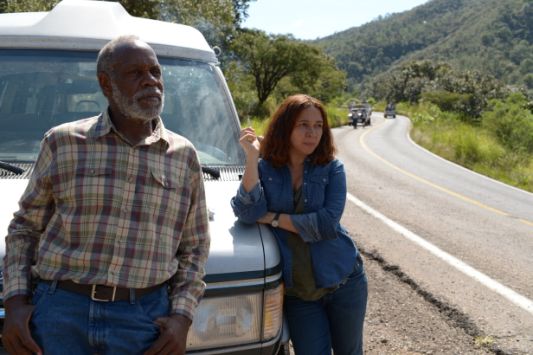 He’s a jack of all trades when it comes to the film business, and with this new film ‘Mr. Pig‘, that stars Danny Glover and Maya Rudolph who play an estranged father and daughter who take a road trip to Mexico with prized pig in hand, Luna served as writer, producer, and director. Luna discusses how he came up with the film, which was over some traveling and hangovers, as well as how Danny Glover and Maya Rudolph came aboard. He also talks about ‘The Big Lebowski‘, which was awesome.

Enjoy the audio interview below and see ‘Mr. Pig‘ when you get a chance.