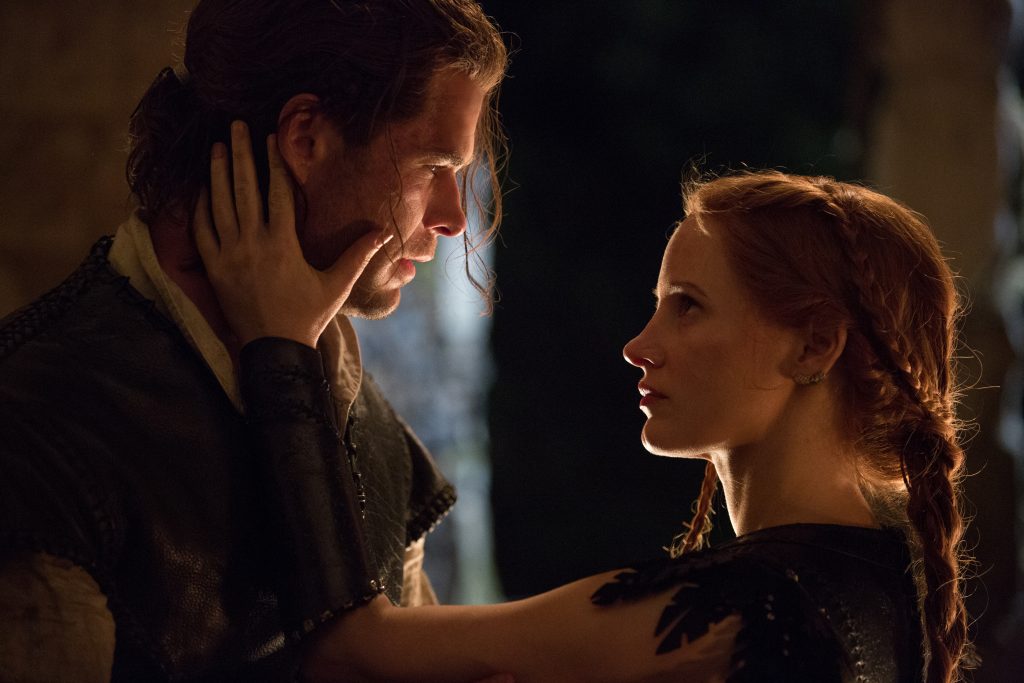 Let’s say just say it…Snow White and the Huntsman was not well done.The Huntsman: Winter’s War is the hot and cold shell that envelops its predecessor.  It’s not perfect, but is action enjoyment coupled with corny sporadic humor.  Not to mention, Chris Hemsworth finally got his balls back.  I can tell you that.  Snow White and the Huntsman emasculated the action-packed hunk of man that is Hemsworth.  Though some believe that this story should not have been told, but I enjoyed the unveiling of the back-backstory.  The film could have been structured to be less predictable but sometimes you just have to sit back and enjoy a film for your base needs: adrenaline, fear, and desire.

Which brings me back to Hemsworth.  I have been fascinated with Hemsworth ever since I saw those sky blue eyes were dangling over those chiseled abs in Thor.  I was then moved to check out his other films like Ca$h, The Cabin in the Woods, Blackhat (unfortunately), Red Dawn, Rush, Star Trek, The Avengers, Star Trek Into Darkness, Avengers: Age of Ultron, and Thor: The Dark World.  Hemsworth has a history of hit or miss films, but I will never give up.  Hollywood has got to treat this gem like the Hope diamond.

I really enjoyed Jessica Chastain as Sara.  It is fascinating to see strong women characters.  In a fairy tale land with two queens constricted by poor dialogue leading to poor performance, it was refreshing to see Chastain.  When she fought in the film, I was as giddy as she was when Minnie first came to work for her in The Help as Celia Foote.  I also enjoyed her as Murph in Interstellar and as Maya in Zero Dark Thirty.  Her range is really starting to impress me.  Keep this lady busy, “Holly”, because this car still has plenty of gas.

Although, I love Charlize Theron, she is consistent in her portrayal of Ravenna, which lacks luster.  I don’t know if it was the overpowering yet gorgeous heavy gowns or some constricting performance direction, but Theron is definitely capable of a better performance.  As was evident in The Devil’s Advocate as Mary Ann Lomax, The Astronaut’s Wife as Jillian Armacost, Sweet November as Sara Deever, Æon Flux as Aeon Flux, Hancock as Mary, and Prometheus as Meredith Vickers.  I could go on and on. Everyone is murmuring Emily Blunt, but I’m not stirred. She was decent as the ice queen’s wannabe assistant, Emily (ha), in The Devil Wears Prada. However, her power must have frozen her acting ability along with her surroundings. I wanted more from the film’s climax. 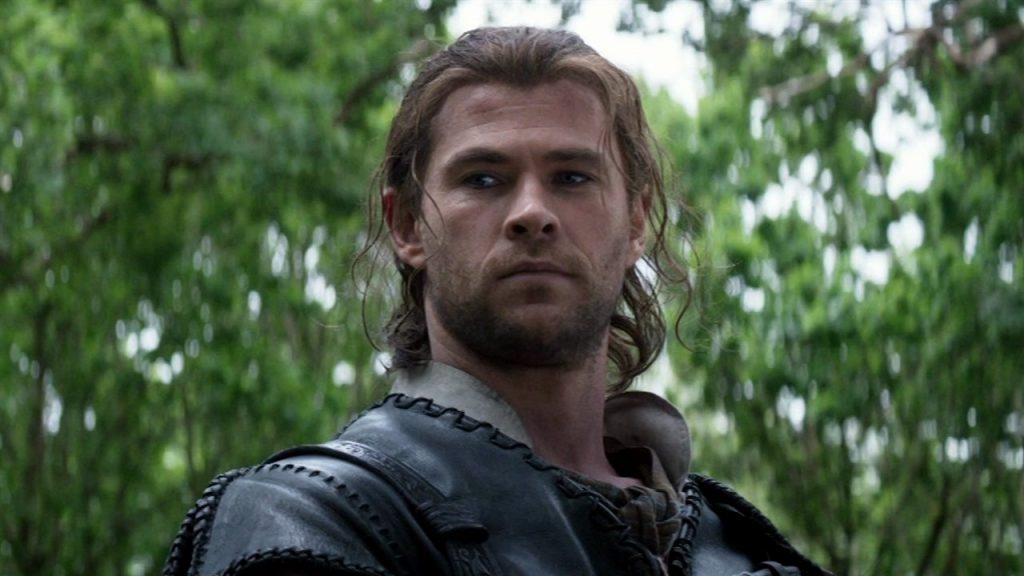 Overall, I think I see where Cedric Nicolas-Troyan was going, but I don’t think he and his team fully arrived.  Nicolas-Troyan was the visual effects supervisor on Snow White and the Huntsman so I see why the two films share a consistent tone, but I think they got closer to the goal with The Huntsman: Winter’s War.  Since he elevated this story at least somewhat, I’m interested to see what he does in the future.  The plot, reminiscent of the Conan the Barbarian setup, had a decent suspense build with a few moments of levity, but holes still remained (Where’s Finn?). 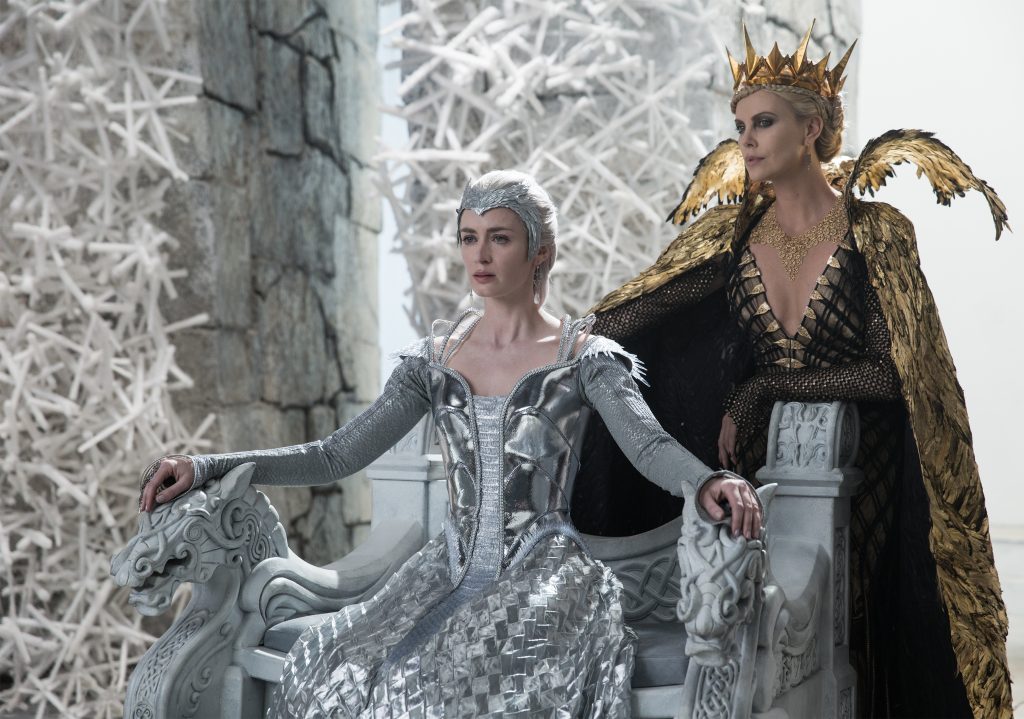 Dry patches that left the audience hanging.  I’ll tell you what I’m not doing: selling you that The Huntsman: Winter’s War is cinematic excellence (I mean the title is even quite special), I’m not saying the script is smooth like silk, and I’m not saying the acting is flawless. What I am saying is if you just want an interesting backstory of the Huntsman character or if you want to be mesmerized by what CG is up to or if you just like looking at hot guys and beautiful women, see The Huntsman: Winter’s War.

One thought on “Film Review: ‘The Huntsman: Winter’s War’!!”