Check Out Daniel Radcliffe in The Trailer For ‘Swiss Army Man’!!! 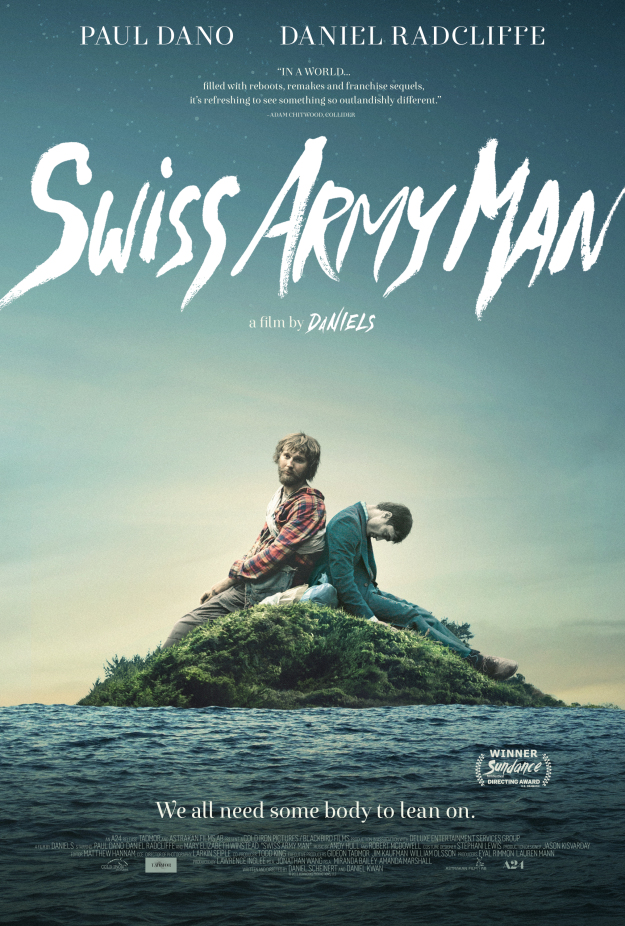 One of the things I love about the Sundance Film Festival, besides giving Kevin Smith the filmmakers trophy for ‘Clerks‘, is all the new films that get a spotlight put on them, ‘Swiss Army Man‘ falls directly into that category. ‘Swiss Army Man‘ was awarded the Directing award and nominated for the Grand Jury Prize.

At first glance of the trailer, you’re conjuring up images of Tom Hanks‘ ‘Cast Away‘, but before long you’ll realize that the two projects are as far apart as they could possibly be. If you’ve ever wanted to see Daniel Radcliffe chopping wood…without an ax, you’re in luck! I kind of get a ‘Weekend at Bernie’s‘ vibe off the trailer, maybe not as hilarious, but it’s definitely original. This is one project that falls into the polarizing category of “Love it or Hate it”. There aren’t going to be any in between fans on this one. Check out the trailer and it debuts July 1.