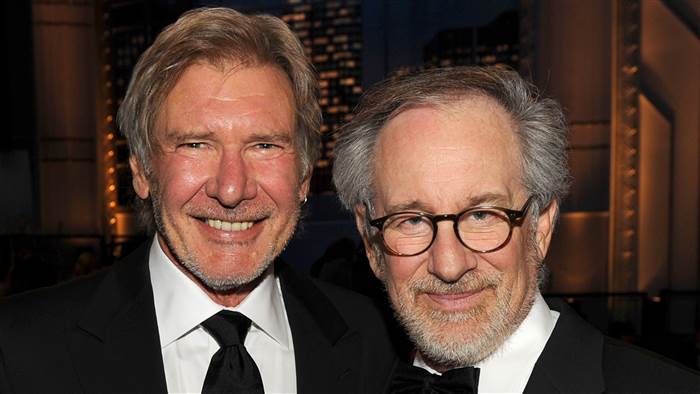 There are some things in the world that immediately give you a sense of comfort. A favorite book on a rainy afternoon, catching up with a childhood friend that makes up more than half of your memories, and Harrison Ford at the cineplex. We got another shot of comfort in 2008 with ‘Indiana Jones and the Crystal Skull‘ and again this last year with ‘Star Wars: The Force Awakens‘. Now, we have learned there will be another Indiana Jones movie in theaters the summer of 2019!

Steven Spielberg is back to helm the actioner with Disney more than excited to pair the two together for another installment. Kathleen Kennedy, president of Lucasfilms, and Frank Marshall are on board to produce. The excitement for another Indy film comes on the back of crazy successful re-awakenings of favorite film series of ‘Star Wars‘ and ‘Jurassic Park‘.

While Spielberg and Ford are back, there will be one absence felt by all involved. That comes in the form of George Lucas. Spielberg and Lucas vacationed in Hawaii together after the first Star Wars film and came up with the idea at that time. Lucas was executive producer for series up to this point, when he sold Lucasfilm to Disney, this property transferred with it.