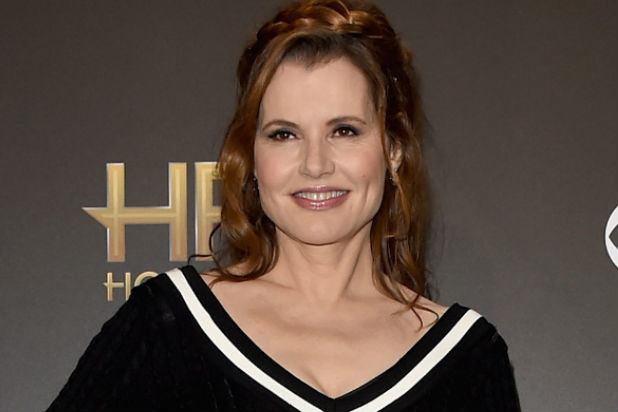 Geena Davis has joined the cast of ‘The Exorcist‘, Fox’s drama pilot inspired by William Blatty’s 1971 book. Davis will star opposite Alfonso Herrera and Ben Daniels.

Jeremy Slater (‘Fantastic Four‘) has written the script for what is described as a modern reinvention of the book and will follow Father Thomas Ortega and Father Marcus Lang played by Herrera and Daniels, respectively.

Davis enters the plot playing Angela Rance, a naturally beautiful, proud and regal woman but weighed down by stress. She does all she can to stay positive and keep her faith even though her family is currently struggling. She has nightmares of a demon and wonders if it’s a sign of what’s wrong. ‘The Exorcist‘ is set to debut sometime this year.