We’ve Got The Trailer For ‘The Huntsman Winter’s Tale’ starring Emily Blunt!!! 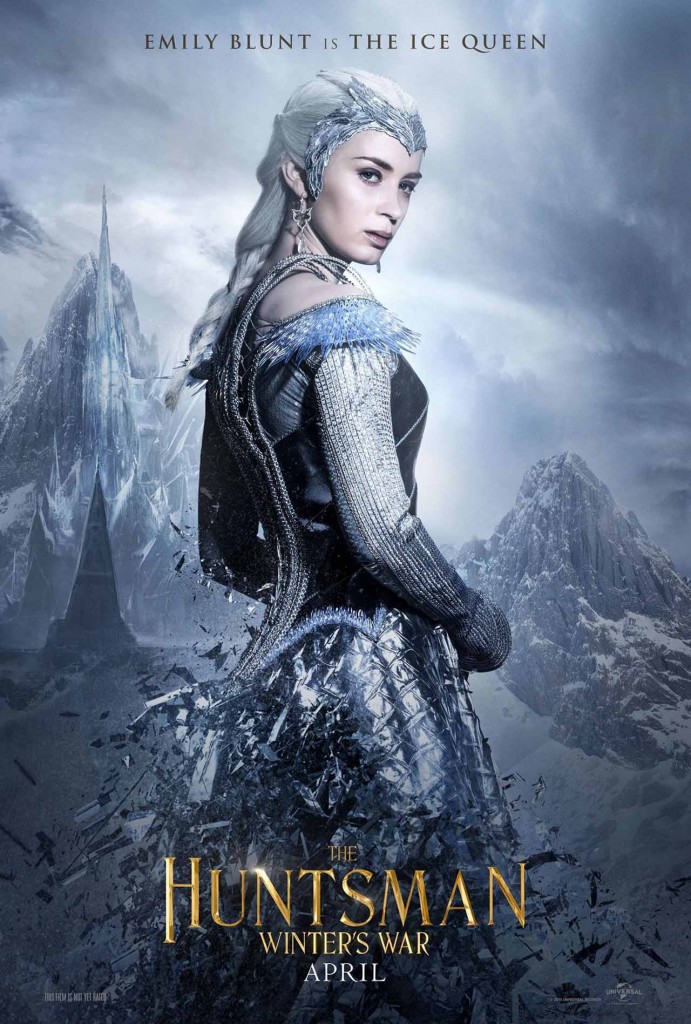 Cedric Nicolas-Troyan, the visual effects supervisor for ‘Snow White and The Huntsman‘ has stepped into the director’s chair for ‘The Huntsman Winter’s War‘, a film that’s a prequel and a sequel to Snow White which came out in 2012. She’s working with Charlize Theron, Chris Hemsworth, Jessica Chastain, Emily Blunt and Sam Claflin.

Ravenna is resurrected by her sister, Freya the Ice Queen. As the evil sisters prepare to conquer the land, the only ones who can stop them are the two renegades from Freya’s band of elite warriors, the Huntsmen – Eric, who previously aided Snow White in defeating Ravenna, and his forbidden lover, Sara. Check out the trailer and get ready to check the flick out on April 22.